OilNOWLatest News and Information from the Oil and Gas sector in Guyana
More
FeaturedNews
Updated: August 18, 2022 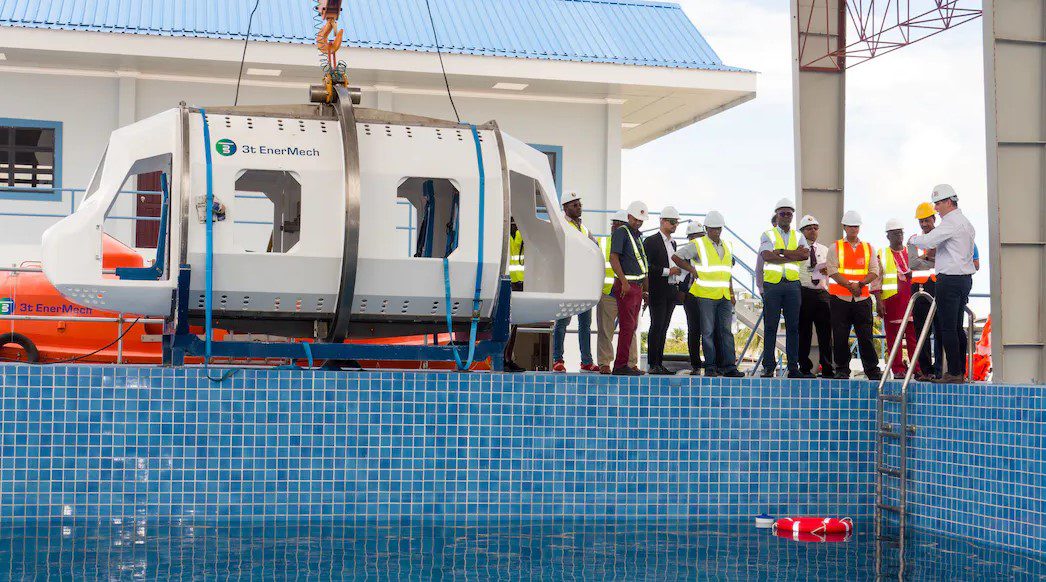 ODITC – a joint venture partnership between Orinduik Development Incorporated, Windsor Technologies and 3t EnerMech – is the first entity with approval to deliver OPITO-accredited training to the oil and gas industry in Guyana.

The 3t EnerMech Guyana Training Centre of Excellence, developed by ODITC has been established to support the region’s need to grow its oil and gas talent.

OPITO certification is a common requirement for thousands of global offshore workers whose employers require a shared knowledge of safe working practices benchmarked against the same industry standard, a 3t EnerMech release stated.

The new facility obtained the OPITO approval to train personnel across a range of rigger, banksman and slinger skills and competencies after meeting the strict criteria set out by the global skills organisation for the energy sector.

Additionally, 3t EnerMech is on track to widen its OPITO offering in the coming weeks to include Basic Offshore Safety Induction and Emergency Training (BOSIET), and firefighting emergency response training.

Located in Lusignan next to Orinduik’s new heliport, the training facility saw an investment of US$20 million and boasts its own skills hall, welding and fabrication shop, rigging and lifting areas, technology suite and a 14 feet deep sea survival pool. 3t EnerMech also has plans to introduce class-leading simulation and virtual reality technologies aimed at the rapidly growing offshore, drilling and floating production, storage, and offloading (FPSO) vessel operations.

“This is now a weight off the thousands of Guyanese who were forced to travel to Trinidad, the United States or Europe to gain the necessary training and OPITO certification,” said General Manager of the Training Facility, Alan Sharp.

He said the JV business between local firms and 3t EnerMech was created to mitigate these challenges, with the Training Centre of Excellence offering appropriate training that’s more accessible.

“Our main objectives are to help develop the region’s homegrown talent and sustain the growing needs of the sector for a safe, skilled, and competent workforce. We look forward to rolling out our first OPITO programme along with a raft of other vital safety courses,” Sharp stated.

Now operational, ODITC’s training centre has recently entered the final stages of its phase one development which is expected to be completed by September 2022.