OilNOWLatest News and Information from the Oil and Gas sector in Guyana
More
FeaturedNews
Updated: September 29, 2022 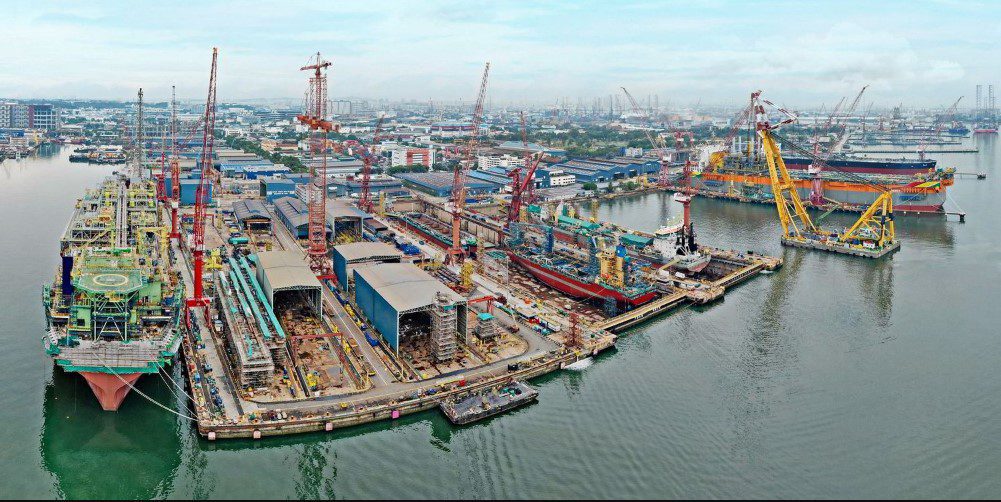 Keppel Shipyard copped a US$2.8 billion deal from Brazil’s state-owned Petrobras for the engineering, procurement, and construction (EPC) of a new floating oil platform – P-83.

Scheduled for delivery in H1 2027, the P-83 is a repeat order of the P-80 FPSO that Keppel O&M secured in August this year. Keppel said the contract will be on progressive milestone payments and adds approximately S$3.8 billion to its order book.

Because it’s a repeat order, Keppel said the P-83 will be identical to the P-80 in specifications and execution methodology. “It will build on the synergies reaped from the P-80, including adapting the design and engineering as well as leveraging economies of scale in the procurement of materials,” it said in a release.

The fabrication of the topside modules will be replicated across Keppel O&M’s facilities in Singapore, China, and Brazil, while the construction of the hull and accommodation module will be done by CIMC Raffles in China. The company said that the integration of the separate components will be carried out in Singapore, with the final phase of offshore commissioning works undertaken by Keppel O&M when the vessel arrives at the Buzios field.

The P-83 will be the third FPSO that Keppel O&M is building for Petrobras for the Buzios field. In addition to the P-80, Keppel O&M is currently working on the P-78 FPSO which was awarded in May 2021.

“We are able to draw insights from the first of our newbuild FPSOs, the P-78, which is progressing well and contributing to Keppel O&M’s earnings. As the P-83 and P-80 are identical units, greater economies of scale and productivity gains can be expected as we are able to further optimise the engineering and construction process, as well as fully leverage technology and the seamless coordination with our partners in the execution,” said Chris Ong, Chief Executive Officer (CEO) of Keppel O&M.

The P-83, P-80, and P-78 FPSOs will be equipped with green technologies such as CCUS to separate the carbon, reinject it back into the reservoir where it is stored and minimise the need for gas flaring. The FPSOs will also feature energy recovery systems for thermal energy, waste heat and gas, as well as seawater deaeration to reduce the consumption of fuel and the carbon emissions of the vessel.