OilNOWLatest News and Information from the Oil and Gas sector in Guyana
More
FeaturedNews
Updated: May 22, 2018 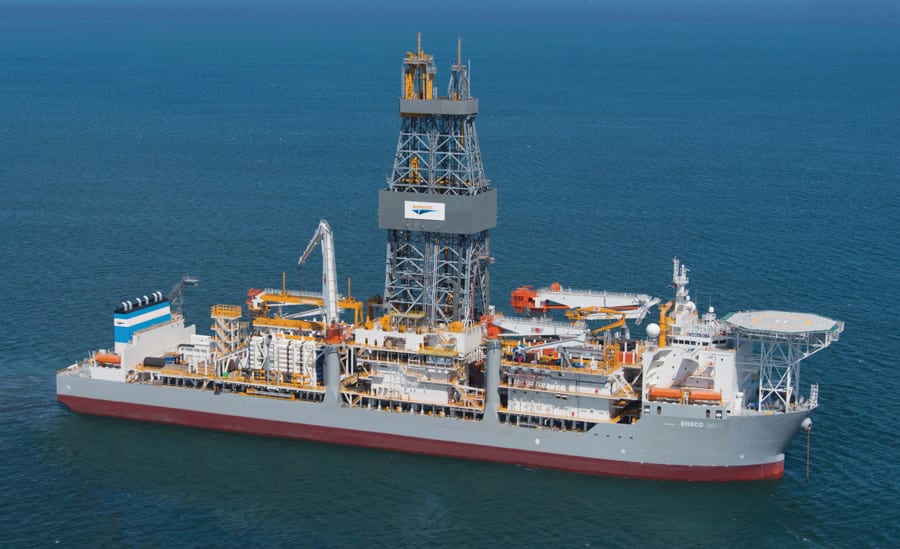 The highly anticipated results from the Anapai-1 well in Block-45 offshore Suriname will be delayed by another 50 to 60 days after the Ensco DS12 drillship encountered shallow bore hole stability issues before reaching the target interval, Kosmos Energy said Monday.

The company and its partner will re-spud the well, Anapai-1A, targeting the same objectives. “The well design has been reconfigured to address the issues previously encountered. Anapai-1A is expected to spud imminently, and will take approximately 50 to 60 days to drill with results expected early in the third quarter. Kosmos’ share of the costs incurred to date on drilling the Anapai well is approximately $20 million,” Kosmos said in a press release.

Anapai sits in 1,500m of water and is targeting gross unrisked resources of 700mmbbls in a Lower Cretaceous structural/stratigraphic trap. It was selected to be drilled first since it was the most mature in the company’s portfolio and so drill ready. The company has modelled Anapai as being fed by a feeder system from the east, and so a different system to that seen in Liza. The key risk is considered to be the trap, due to the combination stratigraphic element of the prospect.

“In Block 42 the partnership is finalizing the first of up to three independent tests of prospects in the block. This includes the Pontoenoe prospect, which is similar to and along trend from the discoveries in Guyana. Kosmos anticipates drilling starting in the third quarter of this year,” the company said.