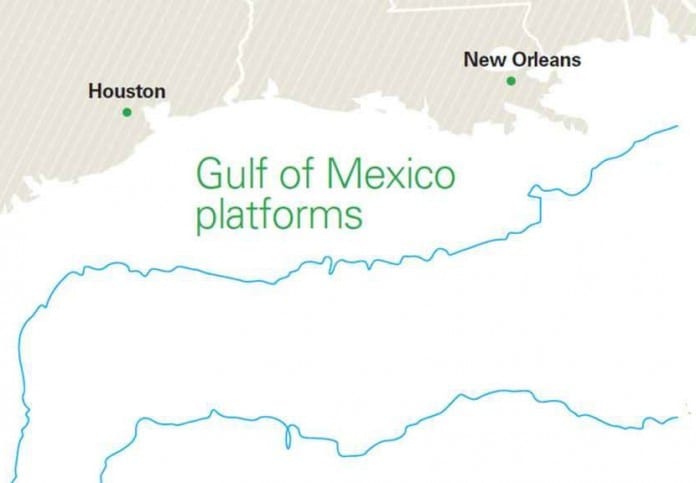 The U.S. Department of the Interior will offer 77.3 million acres offshore of Texas, Louisiana, Mississippi, Alabama and Florida for oil and gas exploration and development.

This will be the largest such lease sale in the country’s history. It will take place on March 21.

The sale will include all available unleased areas in federal waters of the Gulf of Mexico.

“We look forward to this important sale and continuing to raise energy revenues, which fund efforts to help safeguard our natural areas, water resources and cultural heritage, and to provide recreation opportunities to all Americans,” Deputy Secretary of the Interior David Bernhardt said in a statement.

The lease sale will be livestreamed online from New Orleans.

Excluded from the lease sale are blocks subject to the Congressional moratorium established by the Gulf of Mexico Energy Security Act of 2006; blocks that are adjacent to or beyond the U.S. Exclusive Economic Zone in the area known as the northern portion of the Eastern Gap; and whole blocks and partial blocks within the current boundary of the Flower Garden Banks National Marine Sanctuary.

Additionally, BOEM has included appropriate fiscal terms that take into account market conditions and ensure taxpayers receive a fair return for use of the OCS. These terms include a 12.5 percent royalty rate for leases in less than 200 meters of water depth, and a royalty rate of 18.75 percent for all other leases issued pursuant to the sale, in recognition of current hydrocarbon price conditions and the marginal nature of remaining Gulf of Mexico shallow water resources.

US demand for oil expected to decline through 2022

Urgency of Sovereign Wealth Fund cannot be understated – US Ambassador