OilNOWLatest News and Information from the Oil and Gas sector in Guyana
More
FeaturedNewsRegional
Updated: November 23, 2017 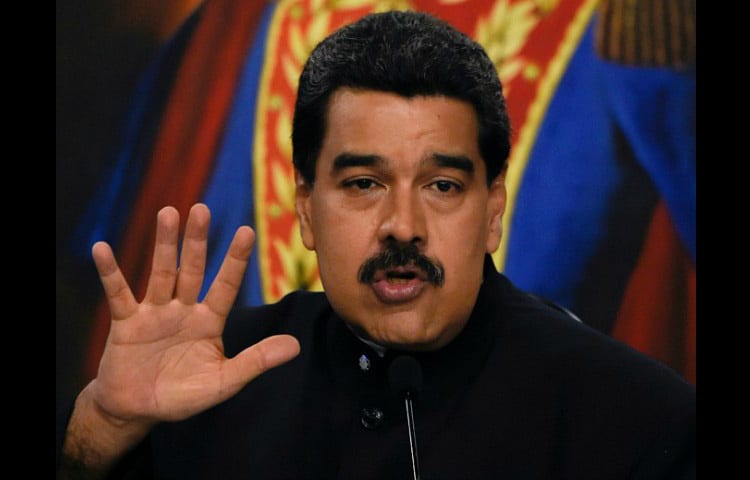 The authoritarian socialist’s administration has begun a broad purge at state-owned Petroleos de Venezuela, arresting more than 50 officials at the oil giant and its joint ventures since August, supposedly to fight corruption. On Tuesday, Public Prosecutor Tarek William Saab netted his biggest fish, the acting president of Citgo, PDVSA’s U.S. refining arm, and promised to put even more executives behind bars in his “all-out fight to clean up the oil industry.”

Maduro is tightening his grip as the nation’s society and economy crumble under the weight of mismanagement and U.S. sanctions. Having taken sole ownership of politics by installing a supreme body of loyalists to bypass the National Assembly, the president’s clampdown both cements his power and allows him to paint himself as battling the forces of Yankee imperialism as the heir of late President Hugo Chavez.

“Money is running out, the economy is about to collapse and the government is looking for a scapegoat — corruption — ahead of what appears to be one the most difficult years in the Chavez era,” said Diego Moya-Ocampos, a political risk analyst at IHS Markit.

Since taking the reins following the death of Chavez in 2013, Maduro has been dogged by a spiraling economic crisis and an emboldened opposition seeking to end two decades of socialist rule. The president has long claimed that the nation’s achingly bare store shelves and runaway inflation aren’t the result of ruinous policies, rather his capitalist enemies trying to stoke unrest.

Now, with oil production flagging, he has begun to cast the blame for his country’s woes on officials in the industry, which sustains what remains of the nation’s economy.

“There you have the infiltrators who put on a red shirt and then carry out a betrayal,” he said at political rally Tuesday, applauding the arrests. “I’m going to get to the bottom of this and I ask for support.”

The U.S. State Department didn’t immediately respond to a request for comment. A Citgo official declined to comment, and asked for anonymity according to company policy.

Saab, a long-time socialist party stalwart, was appointed by the all-powerful constituent assembly in August following the ouster of Luisa Ortega Diaz for challenging Maduro’s crackdown. His dragnet has since claimed managers, who he said sabotaged the company; former deputy ministers whom he accused of inflating production figures; and top-ranking company officials he said indulged in overpricing.

To be sure, the company is in a dire state. While PDVSA sits has the world’s largest proven reserves, output has dropped to 1.95 million barrels a day last month from more than 3 million in 2001. Output is expected to slump to 1.84 million barrels a day next year, the lowest compared with official government data since 1989, according to a survey of four analysts compiled by Bloomberg.

The plunge has put further strain on Venezuela’s finances at a time when it’s struggling to make good on billions of debts with its creditors. For Luis Alfonso Soler, an oil consultant and former PDVSA executive, the purge is necessary if Venezuela hopes to make good.

“The water is up to their noses,” said Soler. “The work that William Saab is doing is absolutely necessary, but it has to be complete. At this point, we don’t know if it’s only a matter of retaliation.”

PDVSA has been plagued by accusations of corruption. In recent years, U.S. prosecutors have stepped up probes into the company leading to the arrest of numerous former executives and businessmen for paying bribes and participating in kickback-schemes with Venezuelan officials.

“Saab is not doing this because he is devoted to the rule of law,” said Phil Gunson, a Caracas-based analyst for the International Crisis Group. “He’s doing this at the behest of his political master, who one assumes to be Nicolas Maduro.”