OilNOWLatest News and Information from the Oil and Gas sector in Guyana
More
FeaturedNews
Updated: January 3, 2018 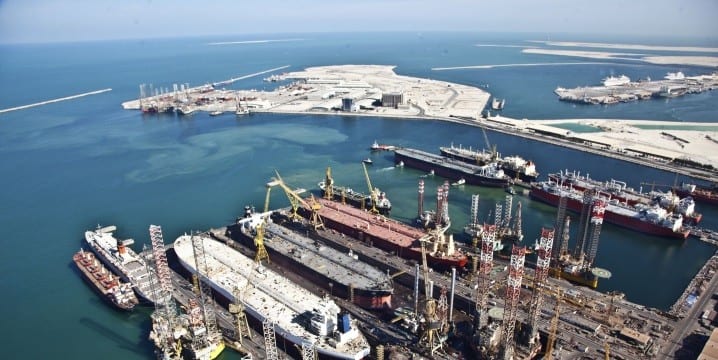 (Maritime Standard) The Dubai-based shipyard, Drydocks World, has secured a significant piece of new business. The company has announced that it has signed a contract with SBM Offshore to carry out the construction of the turret mooring system for Statoil’s Floating Production Storage and Offloading (FPSO) vessel, Johan Castberg, which will be permanently moored offshore Norway.

Under the terms of the agreement, Drydocks World will be responsible for the detailed design of certain specified parts of the project, as well as procurement and construction elements. This will include undertaking super duplex piping work for the FPSO.

Pointing out that this will be the third turret that Drydocks World Dubai has delivered to SBM Offshore, Chief Operating Officer Mohammad Rizal said, “We are committed to once again deliver a safe and quality product in a timely manner that fully meets our client’s expectations.

Drydocks World on average completes over 300 repair, conversion and construction projects per year. Facilities include a floating dock and three dry docks, as well as over 3,700m of berth space.