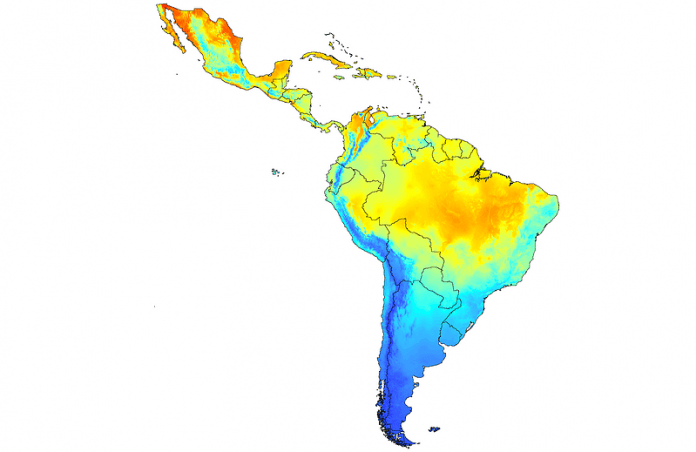 (Amsterdam News) U.S. supermajor ExxonMobil announced two major oil finds offshore Guyana in the past week, and the discovery has raised the hopes for similar massive oil discoveries in two of its neighbors that incidentally already produce oil and gas.

The 11th and 12th successful well finds, by Exxon and partners Hess Oil of the U.S. and Nexen of China, have now pushed authorities in Trinidad to move to apply to the relevant world bodies to extend its country’s continental shelf as far as possible southeast toward Guyana’s gushing oil fields. And exploration companies in Suriname to the east want to tweak their search areas as both of the latest Exxon wells are close to the marine border with the Dutch-speaking country.

Trinidad Energy Minister Franklin Khan told an international conference in Port of Spain this month that the plan is to “extend our maritime jurisdiction seawards to the outer edge of our continental margin. This would be a major development as it would extend our boundaries to areas in close proximity to the Guyana-Suriname Basin in which major hydrocarbon discoveries have already been made. This country therefore has an opportunity to increase its access to potential oil and gas resources. However, opportunities are like sunrises, if you wait too long you miss them. You can therefore be assured that we will pursue this matter aggressively,” he said. The idea is to come as legally close to Guyana’s rich oil fields as possible, as the basin is now a proven one.

Island production has in recent years fallen to less than 100,000 barrels daily, less than the 120,000 barrels per day that Guyana will commence operations with later this year. Petrotrin, the major refinery that produced oil and petroleum products for much of the Caribbean trade bloc in recent decades, closed late last year under the weight of debt, over staffing and age among other issues, putting a massive dent in a sector that had been producing oil for more than 100 years.

In Suriname, state-owned Staatsolie and Kosmos Energy of Texas say they are now more than convinced that commercial quantities of offshore oil would soon be found there, as the Talapia-1 and Haimari-1 wells of Exxon are located less than 10 miles from the marine border between the two neighbors. Suriname produces about 17,000 barrels daily from onshore wells near Guyana but has not had any major luck offshore.

“At Kosmos we remain cautiously optimistic that the exploration success for Suriname is close,” said the company, clearly excited about petroleum developments to the west.

ExxonMobil first discovered world class oil deposits back in mid 2015, setting up a mad rush to Guyana by global oil companies like Repsol, Tullow, Total and Chevron among others largely because the Guyana basin has lived up to predictions by the U.S. Geological Surveys about holding up to 14 billion barrels of oil and being the second largest undeveloped oil field in the world. Hammerhead-1, one of the more recent wells discovered, neighbors a concession owned by the U.K.’s Tullow Oil and Eco Atlantic. The two say it is just a matter of time before oil gushes to the surface as Hammerhead is one of the largest of Exxon’s discoveries. Current estimates with the 12 wells put the basin as holding 5 billion barrels so far with a potential for another 9 billion for the taking.

Exxon is planning to begin oil production by 2020 as the preparatory work is well advanced and the basin is the gift that keeps on giving. A massive Floating Production Storage and Offloading vessel will arrive from a Singapore shipyard by Q3 to position itself to store and distribute oil. The company said last month that sub-sea work has already began to connect wells via umbilical cords as it races to develop its highly successful oil field. Initial production is slated at 120,000 barrels daily, moving up to 750,000 by 2025. There could be up to five FPSO’s sitting near the drill ships by 2025.

“The rate of these finds remains well above industry standards and continues to allow for further de-risking of the deep and ultra-deep one, but we still have a substantial way to go before we can confidently say the one has been de-risked. This continues to be positive news for the people of Guyana,” local energy department boss Mark Bynoe said.

Drill ships will next target the Yellowtail-1 well, about 6 miles west of Talipia-1.