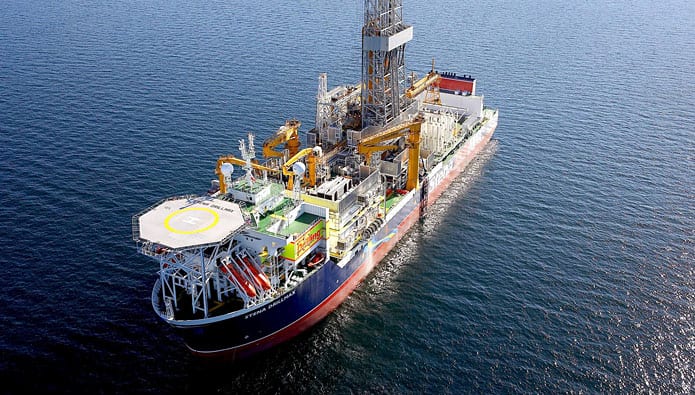 (Rigzone) Oil and gas exploration is off to an explosive start in 2019, with such majors as BP, Eni and ExxonMobil taking a bigger bite of the conventional resources discovered in the first quarter, according to a new report by Norwegian research firm Rystad Energy.

The six largest discoveries by the oil majors each exceeded 150 million boe, and the top three could even hold more than 300 million boe apiece.

American major ExxonMobil was the most successful, with three significant offshore discoveries accounting for over 38 percent of total discovered volumes in the first quarter of 2019. With discoveries made offshore of Cyprus with 700 million barrels of oil equivalent in the Eastern Mediterranean and off of Guyana in South America with more than 5 billion oil-equivalent barrels.

Apart from Exxon Mobil, the other top discoveries were made by Paris-based oil major Total, with its Brulpadda find estimated to have a potential 1 billion barrels of “wet” gas off the coast of South Africa.

Spanish-based Repsol’s South Sumatran seas find has preliminary estimates of at least 2 trillian cubic feet of recoverable resources, making it the largest such find in Indonesia for 18 years.

And in Britain’s North Sea China’s CNOOC, in a partnership with Total, made an offshore find equivalent to 250 million barrels of oil.

“If the rest of 2019 continues at a similar pace, this year will be on track to exceed last year’s discovered resources by 30 percent,” says Taiyab Zain Shariff, Upstream Analyst at Rystad Energy.

In fact, if current global trends in substantial new finds continue, it is very likely that another 35 high impact exploration wells will be drilled this year, both onshore and offshore.

“If these wells prove successful, 2019’s interim discovered resources will be the largest since the downturn in 2014,” Shariff remarked.

There are a number of reasons why the industry is being more successful at finding new discoveries.

In part, there is a partial recovery in prices since the oil price crash of 2014, plus improved profits caused by the introduction of new technologies and major cost-cutting efforts have all significantly improved cash flows, marking the return of the “super profit” for industry majors. For these players, 2019 could turn out to be another blockbuster year.

Amongst the new technologies being applied, is the increasing use of cloud computing to process and quickly analyze the megabytes of data collected in the exploration process. For instance, many of the oil majors like Britain’s BP, French Total and Italy’s Eni own their own supercomputers or rent spare computing capacity from such machines. The application of new technologies such as modulation to cut construction cost, plus Artificial Intelligence enabled robotics to reduce operations costs improves productivity.

The world’s publically listed oil and gas companies are bringing in cash at the best rate ever witnessed even though oil prices have only partially recovered from the huge drop suffered in 2014 and 2015, according to Rystad Energy.

“The fact that E&P companies are able to deliver the same shareholder returns despite much lower oil prices points to an impressive increase in profitability,” says Espen Erlingsen, Head of Upstream Research at Rystad Energy. Espen adds, “Our analysis of the latest annual reports from the majors clearly indicates that ‘super profits’ are back for large E&P companies. Free cash flow before financing activities was at a record high in 2018, and the mega profits were typically used to pay down debt and increase payments to shareholders.”

Rystad Energy finds as a result of such efforts, from recent cash flow statements from all the majors plus Norway’s Equinor; it found that such majors were making that almost 70 cents for every dollar in profits generated last year for these companies ended up in shareholders’ pockets. It is not surprising that the share price for such majors has returned to what it was before the oil price crash of 2014.

Stena aiming to build local capacity, “promote from within” – Regional...