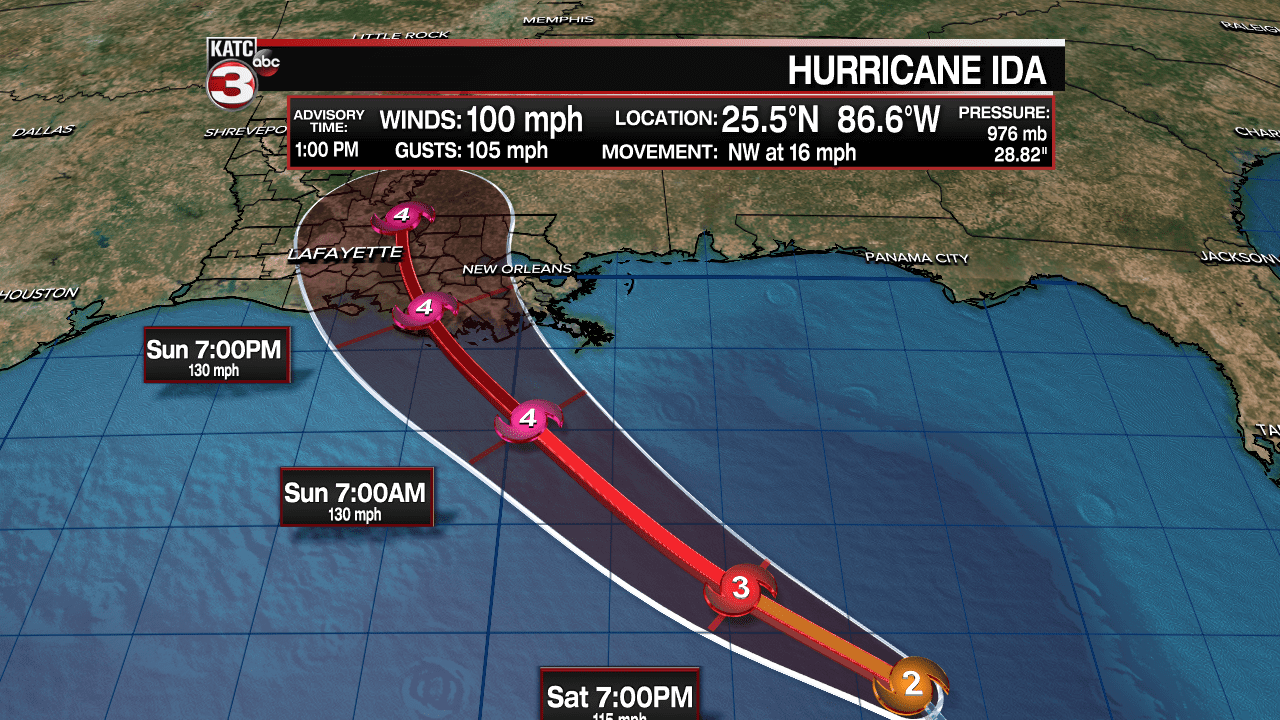 (S&P Global Platts) Oil and gas producers were racing Aug. 28 to shut in the vast majority of volumes in the US Gulf of Mexico as Hurricane Ida continued to whip through the region a day ahead of its projected landfall.

More than 90% of Gulf crude and 85% of natural gas production rapidly came offline as of Aug. 28 ahead of Ida’s anticipated Louisiana landfall as a major Category 4 hurricane with maximum sustained winds in excess of 130 mph, according to the US Bureau of Safety and Environmental Enforcement and the National Hurricane Center.

Historically, offshore production has returned to pre-storm levels 10-14 days after initial declines, placing the week of Sept. 6 as a likely time for production to fully rebound, according to S&P Global Platts Analytics. The reduced supply levels helped trigger spikes in crude oil, natural gas and refined products prices on Aug. 27 at the end of weekly trading, including gasoline and jet fuel prices.

Shell, which has shut in production and evacuated all crews from most of its eight US Gulf platforms, said Aug. 28 it would resume partial production at its Stones field, which is just west of Ida’s projected path. Shell had earlier shut-in production from Stones when Ida was expected to travel more westward.

Otherwise, production remains shut in at Shell’s Ursa, Mars, Olympus and Appomattox platforms. At the Auger and Enchilada/Salsa platforms, production has also been shut in while crews will be evacuated from them, the Shell said.

BP confirmed it had evacuated and shut-in its four deepwater Gulf platforms, and Murphy Oil said Aug. 28 it had finished shutting in its volumes. Other Gulf producers, including Chevron and BHP, said they were evacuating personnel and shutting in much of the offshore production.

Ida is expected to “rapidly intensify as it moves over the Southeastern and Central Gulf of Mexico tonight” on Aug. 28, the National Hurricane Center said.

The storm was traveling at 16 miles per hour with maximum sustained winds of 100 mph as a Category 2 hurricane early on the afternoon of Aug. 28, according to the NHC.

The Sabine Pilots, which serve the channel that feeds the biggest US LNG export terminal operated by Cheniere Energy, advised late Aug. 27 that any facilities in the area that want to empty their berths should do so sooner rather than later as Ida approaches Louisiana. 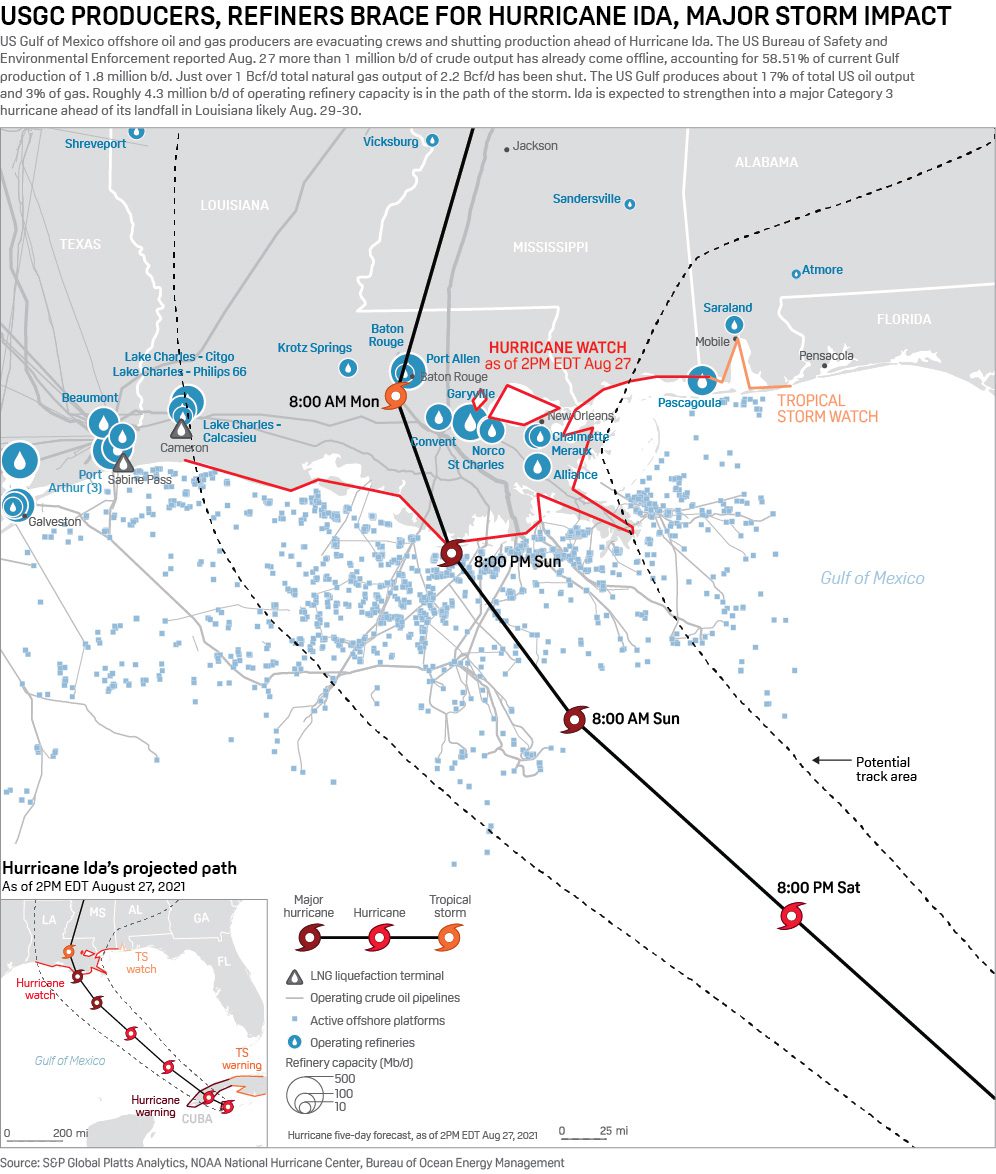