OilNOWLatest News and Information from the Oil and Gas sector in Guyana
More
FeaturedNews
Updated: August 6, 2022 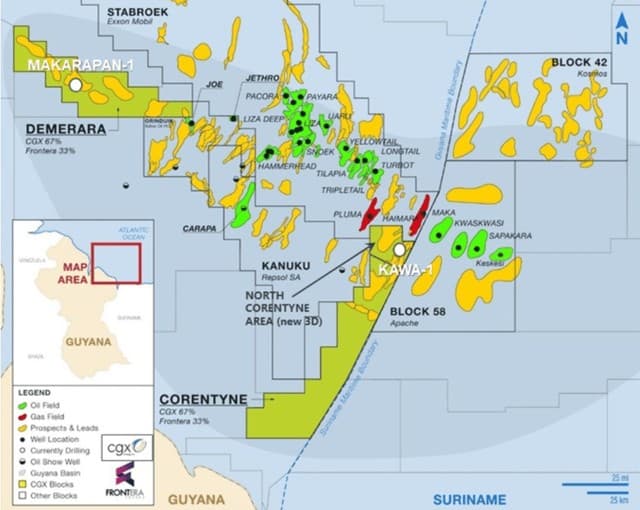 High impact wells, Westwood said, are those targeting more than 100 million barrels of oil-equivalent, or any frontier play test.

“High impact drilling activity will pick up in the second half of the year, with between 80 and 90 high impact wells expected to have been drilled by the end of 2022, the highest number since 2019 when 98 high impact wells completed,” the firm said.

13 wells of the lot have been identified as ‘key wells to watch’, including a frontier play tests – Raia offshore Mozambique, and Pensacola offshore the United Kingdom. In extensions of proven plays, the firm highlighted Zanderij offshore Suriname, and Hoodoo in the US Gulf of Mexico. It said the Wei well offshore Guyana is a “large prospect.”

Discussing the exploration outlook around the world, Westwood’s Senior Analyst for Global Exploration and Appraisal, Jamie Collard, said South America is expected to continue to be an exploration hotspot with more wells planned for the Guyana-Suriname basin and offshore Brazil.

He expects Africa to see a return to high impact exploration in 2022, with key wells planned in South Africa, Mozambique and Zimbabwe following the successes in Namibia earlier in the year.

He added, “Whilst activity levels in Asia-Pacific and NW Europe are relatively stable, 2022 sees a return to high impact exploration in the deepwater of the Eastern Mediterranean after 2021 when no wells were drilled.”