OilNOWLatest News and Information from the Oil and Gas sector in Guyana
More
FeaturedNewsRegional
Updated: December 17, 2018 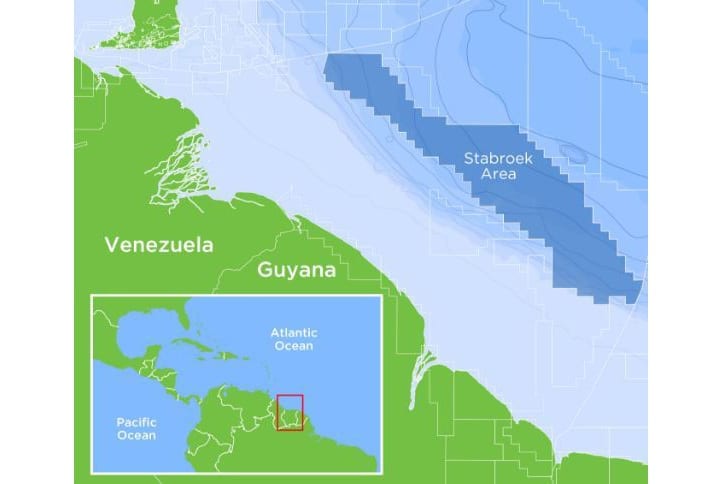 US oil major ExxonMobil’s move to undertake a new 3-D seismic survey covering 12,000 square kilometers on the western portion of the Stabroek Block could be viewed as Guyana and the oil company “building a case for showing their possession of the territory by using it” says the American Security Project (ASP).

In an article published on December 11, Chief Operating Officer of ASP, Andrew Holland, said while many of the problems of resource rich nations stem from mismanagement of energy resources, one of the greatest threats to Guyana’s future prosperity remains the border controversy with neighbouring Venezuela.

On November 19, Guyana submitted its Memorial on Jurisdiction to the International Court of Justice (ICJ) in the case brought against Venezuela to confirm, in a final and binding judgment, the full legal validity of the arbitral award that established the international boundary between the two countries more than a century ago.  Venezuela claims the 1899 award is null void, and following the 2015 Liza discovery by ExxonMobil, the Maduro regime extended Venezuela’s claim to an area inclusive of large swathes of Guyana’s oil rich maritime waters.

Holland, in his article, pointed out that the recent confirmation of a “deliberate tilt” by the United States towards Guyana in the border controversy is also of significance. For years, the American position had been to argue for a “timely resolution” of the border controversy but now, as confirmed by the American Embassy in November, the US position is to now “call on all parties to respect the 1899 arbitration decision” that set the borders where they currently are.

“ASP Board Member David Wade and I argued in an Examiner OpEd that the U.S. could use improved relations with Guyana as a secret weapon in the campaign against Venezuela,” Holland stated.

“This backing will be important, as it appears that Guyana and the oil production consortium are now subtly defying the Venezuelan claim. Most of the oil exploration to date has been in the Eastern side of the Stabroek Block, far from the Venezuelan border. Now, ExxonMobil has announced new exploration along the Western side, well into the area that Venezuela claims,” the ASP official pointed out.

During the month of December up to six vessels are scheduled to conduct seismic work in the western end of the Stabroek Block. The last time exploration was undertaken in this area by Anadarko Petroleum, the Venezuelan Navy seized the exploration ship, Holland reminded. He was referring to an October 10, 2013 incident in which the MV Teknik Perdana was intercepted in Guyana waters while conducting a seismic survey.

“As the International Court of Justice considers how to rule on the controversy, the Guyanese side appears to be building a case for showing their possession of the territory by using it. In fact, Guyana’s Minister of Natural Resources, has frequently said the Stabroek Block was part of their strategy against Venezuela’s border claim,” Holland stated.

The vast area west of the Essequibo River makes up two-thirds of the territory of Guyana. It has been claimed by Venezuela as its own since the 19th Century, when Guyana was still a British colony. The international arbitral award of October 1899 settled the Venezuelan claim, firmly defining the disputed territory as belonging to Guyana.

In court filings against Venezuela, Guyana has asked the ICJ to declare that the Bolivarian Republic immediately withdraw from the eastern half of Ankoko Island and refrain from threatening or using force against companies, reminiscent of the Teknik Perdana seizure.

British High Commissioner to Guyana, Greg Quinn, told OilNOW in a December 2017 interview that similar aggression by the Bolivarian Republic in the future “will go down extremely badly.”