OilNOWLatest News and Information from the Oil and Gas sector in Guyana
More
FeaturedNews
Updated: November 1, 2019 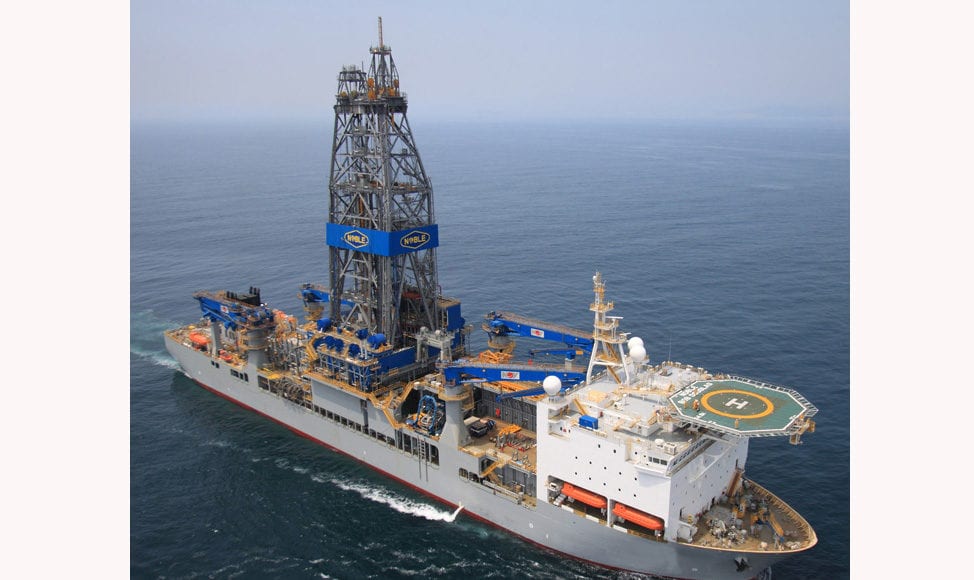 The drillship Noble Don Taylor will soon begin a one-year contract for drill campaigns at the Stabroek Block offshore Guyana, operated by US oil major ExxonMobil with co-venturers Hess and China’s CNOOC.

“The decline in utilization was due primarily to fewer operating days on the drillship Noble Don Taylor, which spent the quarter preparing for its relocation to Guyana where the rig is expected to commence a one-year contract by mid-November,” the company said.

During the third quarter and into October, Noble said it concluded or commenced the relocation of three ultra-deepwater drillships to regions where opportunities for high-specification units are expected to improve, further maximizing the company’s excellent regional positioning.

Prior to the Noble Don Taylor’s relocation to Guyana, the Noble Sam Croft completed a move to Suriname where a drilling assignment commenced in late September. The program offshore Suriname was recently expanded to three firm wells, extending the rig’s contract into March of 2020. Also, the Noble Globetrotter II was relocated to the U.S. Gulf of Mexico. Following a brief shipyard program, the rig commenced operations in October, joining the Noble Globetrotter I, which relocated to the U.S. Gulf of Mexico during the second quarter.

At September 30, 2019, eight of the Company’s nine active floating units remained under contract, with an estimated 57 percent of the available rig days over the next twelve months committed to contracts, compared to 49 percent at the beginning of 2019.

Emphasizing the importance and success of Noble’s marketing initiatives, Julie J. Robertson, Chairman, President and Chief Executive Officer of Noble Corporation plc, said, “Our continuing focus on excellent fleet positioning, together with exemplary operations, have created opportunities to establish or expand our presence in regions with increasingly attractive deep and shallow water drilling programs. Following the relocation of the Noble Don Taylor, we will have four drillships in the Guyana-Suriname basin, where customer interest continues to build as significant resource potential is confirmed.”

The Noble Don Taylor, which has been working for Talos Energy in the Gulf of Mexico, will be joining two of its sister vessels – the Noble Bob Douglas and the Noble Tom Madden – which are also in the Stabroek Block on contract for ExxonMobil.

Along with the Stena Carron, ExxonMobil’s drill fleet in the South American country will rise to 4.