OilNOWLatest News and Information from the Oil and Gas sector in Guyana
More
FeaturedNews
Updated: November 24, 2021 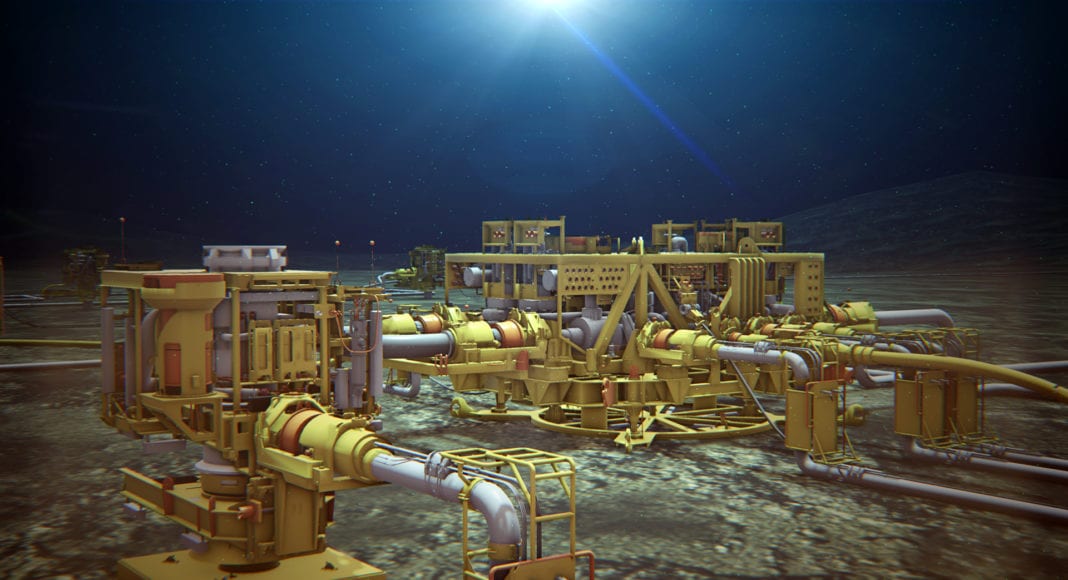 Subsea giant TechnipFMC landed a major subsea equipment deal this month for ExxonMobil’s next phase of the Stabroek development offshore Guyana. According to Norway-based energy research and business intelligence company, Rystad Energy, it is among the top 10 contracts so far this century.

The work scope includes as much as 51 enhanced vertical deepwater trees and 12 manifolds, together with associated controls and tie-in equipment. TechnipFMC defines the Yellowtail contract as large, meaning worth between $500 million and $1 billion.

“The latest subsea job is set to eclipse previous Stabroek phases,” according to Rystad Energy’s analysis.

“The 41-tree deal was – at that time – the largest subsea tree contract handed out since Aker Solutions landed Kaombo in 2014,” Rystad Energy said, pointing out that TechnipFMC’s contract even partly saved the subsea market from awarding fewer than 100 trees in 2020 – something seen only once this century in 2016.

“Thus, TechnipFMC has a strong bond with ExxonMobil in Guyana, having secured all previous phases of the Stabroek development…This subsea adventure started back in 2017 when the 17 subsea trees for Liza’s phase 1 were handed out and followed up with an additional 30 subsea trees for Liza phase 2 in 2018,” Rystad Energy said. 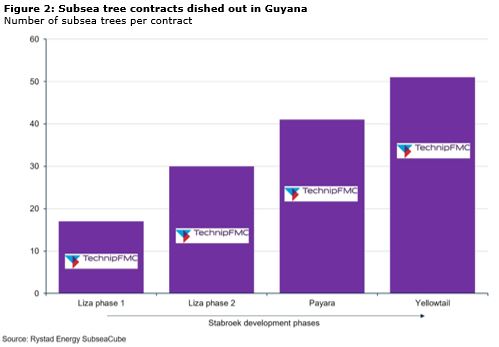 First oil for Yellowtail is expected to begin by the end of 2025–early 2026, with operations continuing for at least 20 years.

The project is expected to employ up to 540 persons during development well drilling, approximately 600 persons at the peak of the installation stage, and 100 to 140 persons during production operations.