OilNOWLatest News and Information from the Oil and Gas sector in Guyana
More
ExplorationFeaturedNews
Updated: June 26, 2020

Norway tax relief to cut breakevens by 40%, boosting the country’s rig demand while the UK’s plunges 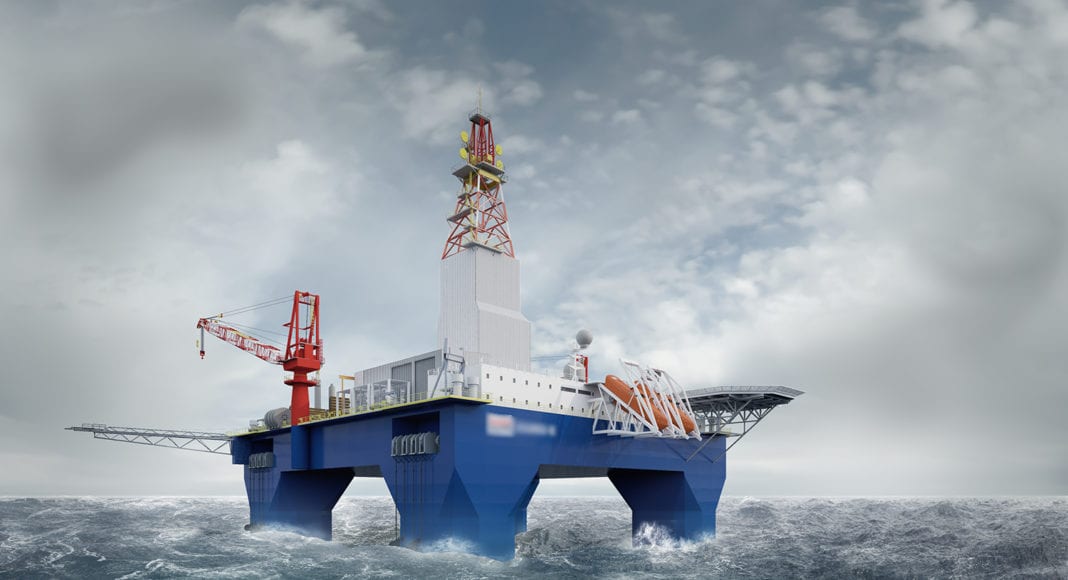 A Rystad Energy assessment of the temporary tax relief package for the petroleum industry that Norway recently approved reveals that the move will improve exploration and production companies’ short-term liquidity and reduce breakeven prices for future development projects by about 40% on average. It will also help Norwegian harsh-environment floater demand rise in 2020 and maintain stable levels in years to come.

Rystad Energy said the cost curve of the announced tax relief package largely matches the cost curve based on the proposal from the industry. This means that the actual outcome in terms of project economics and project pipelines should be very much in line with what the oil companies have called for throughout the negotiation rounds.

With these changes, the E&P companies are now able to deduct costs faster, resulting in on average 40% lower breakeven prices for not-yet-sanctioned projects. This substantial improvement in project economics (as seen from the oil companies) is expected to fast-track new projects on the Norwegian continental shelf (NCS) over the next two years. 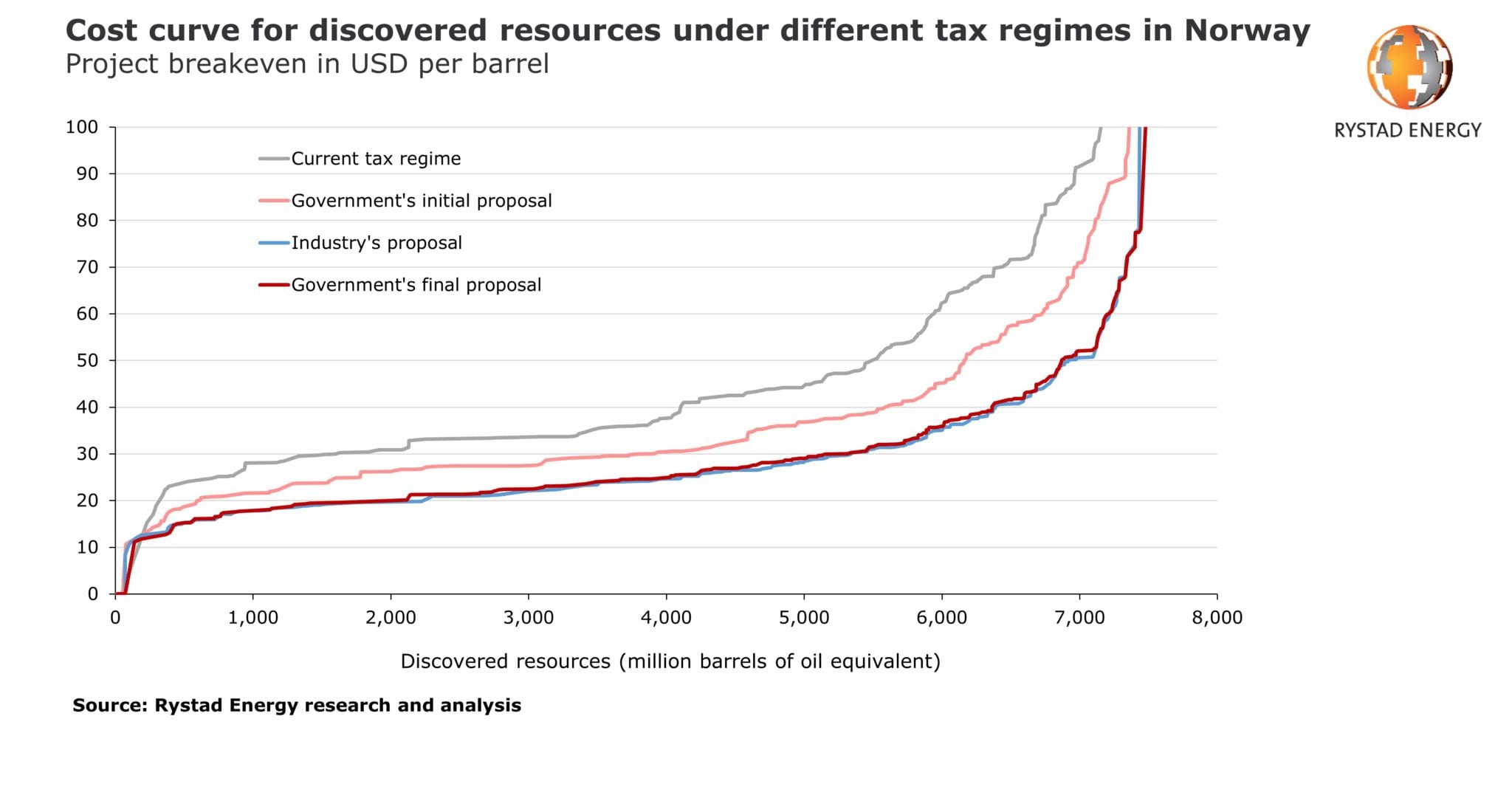 The tax relief does come at a cost, however, as the increase in uplift implies that the tax neutrality is no longer present in the petroleum tax regime. The neutrality is intended to make any investments equally profitable for the state and the companies.

“Moving away from neutrality will effectively increase the Norwegian state’s risk associated with the relevant investments. The tax relief also rocks the foundation of the Norwegian fiscal system’s stability, which over time has become one if its greatest qualities,” says Marius Kluge Foss, Principal at Rystad Energy’s Consulting department.

Rystad Energy has identified at least 36 projects that may benefit from the new tax regime, operated by Equinor, Aker BP, OKEA, Lundin Petroleum, Vaar Energi, Wellesley Petroleum, OMV, Gassco, Shell, PGNiG and ConocoPhillips. Most of them are subsea tiebacks and electrification projects.

Global demand for harsh-environment floaters increased by five rig years to 30 rig years in total in 2019, but from now until 2022 demand is set to drop back to 2017–2018 levels due to falling Brent oil prices and the supply-chain consequences of Covid-19.

Rig demand in the UK sector of the North Sea will take the biggest hit in 2020, falling by five rig years to seven rig years. In Norway, on the other hand, drilling activity is projected to grow by one rig year to a total of 15 rig years – provided there are no more contract cancellations.

Norwegian activity is also projected to remain steady through the downturn. Both this year’s growth and the steady activity ahead are thanks to the temporary changes in the Norwegian tax system to improve upstream companies’ short-term liquidity and boost sanctioning of new projects. 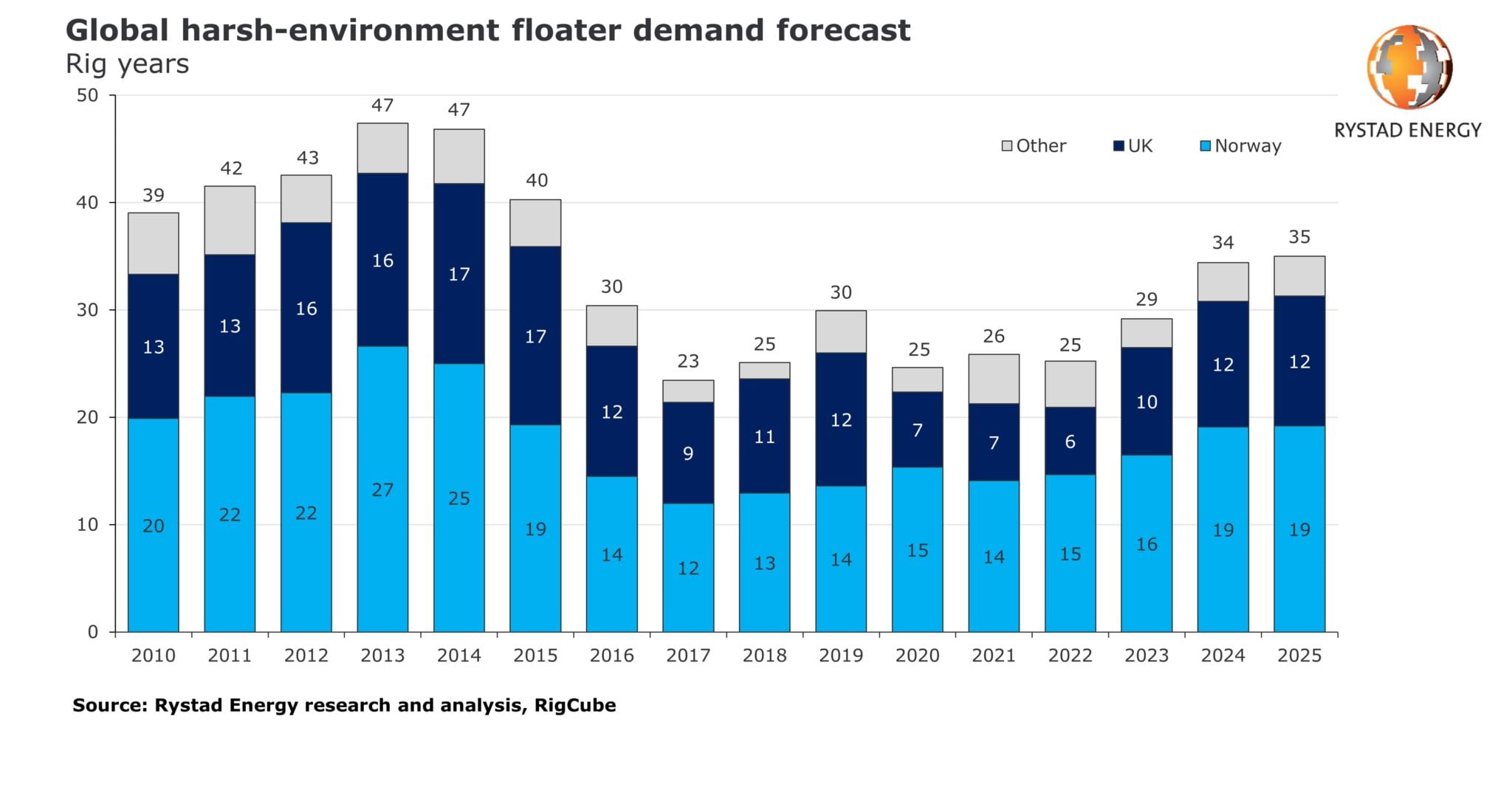 The backlog in Norway is stronger than in the UK, driven by Equinor’s long-term contracts for Transocean’s Cat-D semisubs, as well as the West Phoenix contract at Balder X with Vaar Energi. The firm contracted backlog in the UK sector ends in 2022, while Norway’s ends in 2024.

Three contracts have been canceled so far in 2020 for work off Norway, but despite these cancellations, rig activity is significantly better than in neighboring UK. This is partly due to higher production costs in the UK. Furthermore, the UK is expected to see this year’s largest drop in sanctioning capex among main offshore regions. Eight rig contracts have been canceled in the UK this year, four FIDs have been confirmed delayed, and only seven exploration wells are expected, down from 32 in 2019.

Rystad Energy said until market conditions improve and an efficient treatment method or a vaccine is developed for Covid-19, more contract cancellations and delayed exploration wells could be seen this year.

Projections for 2020 and 2021 from Statistics Norway point to a significant drop in Norwegian exploration spending, but this may be less dramatic than in other offshore regions due to the reimbursement system for exploration costs on the NCS. Operators in Norway have already pulled back on 14 exploration wells to reduce 2020 capex.