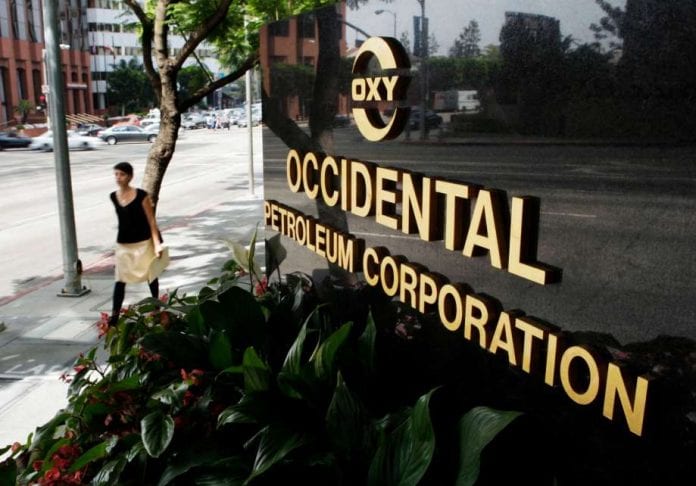 Occidental Petroleum Corporation has made an offer to acquire American oil company Anadarko for $38 billion, bettering Chevron which offered $33 billion.

Occidental said in a press release on April 24, 2019 that it delivered a letter to the Board of Directors of Anadarko Petroleum Corporation outlining the terms of what it called a superior proposal to acquire Anadarko for $76.00 per share.

Occidental said that the acquisition of Anadarko would create a $100+ billion global energy leader with over 1.4 Million Boe/d of production.

“Occidental believes its proposal is superior both financially and strategically for Anadarko’s shareholders, creating a global energy leader with the scale and geographic diversification to drive growth and deliver compelling value and returns to the shareholders of both companies. The combined company will be uniquely positioned to leverage Occidental’s demonstrated operational and technical expertise, producing greater anticipated synergies than Anadarko’s pending transaction. The 50-50 cash and stock transaction is valued at $57 billion, based on Occidental’s closing price on April 23, 2019, including the assumption of net debt and book value of non-controlling interest,” said Occidental in its press release.

“Occidental is a leader in using technological innovation to create value, and we will deploy our expertise to enhance the performance and productivity of Anadarko’s assets not only in the Permian, but globally,” said Vicki Hollub, President and Chief Executive Officer of Occidental. “Occidental and Anadarko have a highly complementary asset portfolio, providing us with a unique opportunity to realize significant operating, cost, and capital allocation synergies and achieve near-term cash flow accretion.”

Hollub said further, “We have been focused on Anadarko for several years because we have long believed that we are ideally positioned to generate compelling value from a combination with them. We look forward to engaging immediately with Anadarko’s Board and stakeholders to deliver this superior transaction.”

Anadarko  had been exploring offshore Guyana in October 2013 when its contracted survey vessel the MV Teknik Perdana was seized by a Venezuelan navy vessel and forced to sail to Venezuela’s Margarita Island. Anadarko halted exploration in Guyana following this incident. However, in July 2015 company officials met with Minister of Natural Resources Raphael Trotman and restated the company’s interest in exploring offshore.

Founded in 1920, Occidental is an international oil and gas exploration and production company with operations in the United States, Middle East and Latin America. It is one of the largest US oil and gas companies based on equity market capitalization and is headquartered in Houston, Texas.