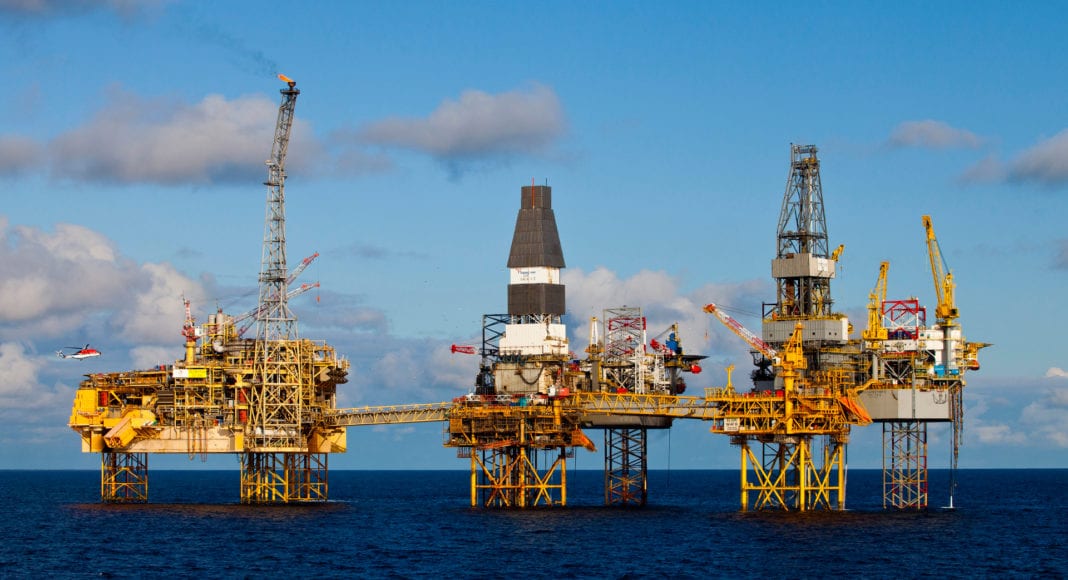 Ivelaw Lloyd Griffith, former Vice Chancellor of the University of Guyana and Senior Associate with the Center for Strategic...
Read more

The expanding oil and gas operations in Guyana will have a significant impact on other industries in the country,...
Read more

Canada-based oil and gas company Touchstone Exploration Inc. said on Monday the completion of flowback testing of the Cascadura...
Read more
OilNOW
OilNow is an online-based Information and Resource Centre which serves to complement the work of all stakeholders in the oil and gas sector in Guyana.

The collapse in global crude prices, led by the US, is a “body blow” for the North Sea industry, and government help will be needed to protect the sector, industry group Oil & Gas UK’s chief executive Deirdre Michie is quoted by S&P Global Platts as saying in a report on Tuesday.

In a statement after the US WTI contract for May plunged into negative territory, spurring a plunge in Brent prices, Michie said the North Sea industry would not escape unscathed.

OGUK also highlighted the vulnerability of North Sea supply chain companies, particularly those with high capital costs such as offshore drilling, as it published a report on the industry’s contribution to energy security on Tuesday. The reported argued the North Sea had an important role in the UK’s energy transition effort, including in carbon capture and storage technology.

“While we have anticipated continued pressures on oil markets, there’s no getting away from the fact that this situation is a body blow for an industry already creaking under the strains of the impact of COVID-19 and sustained low commodity prices,” Michie said in a statement after Monday’s price rout in the US.

“The dynamics of this US market are different from those directly driving UK-produced Brent, but we will not escape the impact. Ours is not just a trading market; every penny lost spells more uncertainty over jobs, our contribution to public services and to the just transition we all want to see. OGUK will be pressing the case for a COVID-19 resilience package to governments in the coming days which will focus on protecting the supply chain, jobs and our ability to continue to reposition ourselves for the future.”

Publishing its report on the country’s energy security, OGUK argued the North Sea industry had done much to improve its efficiency in the half decade since oil prices collapsed in 2014-15, and the country’s upstream tax regime was now internationally competitive.

The report noted oil and gas had grown as a share of the UK’s energy consumption since the start of the millennium, to 76% from 74%, at the expense of coal and nuclear power.

It also argued the industry could play an active role in hastening the transition to a “net zero” economy by 2050, with the first license for injecting carbon into sub-sea reservoirs awarded in December 2018.

But OGUK market intelligence manager Ross Dornan told S&P Global Platts that OGUK was now in “daily dialogue” with the UK authorities, particularly given concerns about the supply chain, which had not fully recovered from the earlier crisis.

“The ability for companies in some parts of the supply chain to absorb those further reductions [in activity] will be limited in some cases,” he said, referring to a spate of announcements by upstream operators in response to the coronavirus pandemic and oil market tensions.

For the UK industry overall, production costs per barrel of oil equivalent have fallen by 50% in the last five years, with the “vast majority” of oil and gas assets able to cover their operating costs at oil prices of $30-$40/b, Dornan said, arguing the industry had “done a really good job” recovering from the last downturn.

OGUK has not laid out what further steps it thinks the government could take to support the oil and gas industry beyond the multi-billion-pound support packages rolled out for UK industry generally in recent weeks.

“We’re having discussions with government on what we can do to make sure that activity is stimulated, that companies want to invest in the UK,” Dornan said.

“We have to be looking at the entire competitive composition that we have as a basin and make sure that is able to compete on a global level,” he said. “We do have a competitive fiscal regime and the improvements that we put in place in recent years have been significant,” he added.

In a report last week, Norwegian consultancy Rystad Energy argued Brent oil prices at $20/b would not “devastate” UK production, but there would be consequences, particularly in terms of getting new projects approved. North Sea operators large and small have been announcing spending cuts in recent weeks, with several projects deferred.

Referring to possible oil price levels of $20/b, Rystad said, “Even if prices reach this threshold, the UK will avoid shut-ins and exploration is likely to continue in 2020, although cash flow and project sanctioning will suffer.”

“If Brent drops to $20 per barrel, 30,000 b/d of oil equivalent of production will fall short of covering short-run marginal costs, which puts these assets at risk of an early shut-in. This may not actually happen since most operators will want to keep facilities running even at a loss and get the profit back when oil prices recover, assuming that it is cheaper to run the facility at a loss than to shut it down and restart it later,” Rystad said.

“The situation is more worrisome when it comes to discoveries and companies’ ability to proceed with final investment decisions (FIDs) on new projects. If we look at breakeven oil prices for unsanctioned discoveries in the UK, at $30/b only 34% of unsanctioned volumes are commercial, and at $20/b, none are financially viable.”

The expanding oil and gas operations in Guyana will have a significant impact on other industries in the country,...
Read more
News

Ivelaw Lloyd Griffith, former Vice Chancellor of the University of Guyana and Senior Associate with the Center for Strategic and International Studies says a...
Read more
News

(Reuters) -Uganda, Tanzania and oil firms Total and CNOOC on Sunday signed agreements that will kickstart the construction of a $3.5 billion crude pipeline...
Read more
Exploration

The University of Guyana (UG) on Saturday launched its Zoom Rooms project which it says lays down the first building blocks for its blended-learning...
Read more

The expanding oil and gas operations in Guyana will have a significant impact on other industries in the country, according to the Canada-Guyana Chamber...
Read more

Ivelaw Lloyd Griffith, former Vice Chancellor of the University of Guyana and Senior Associate with the Center for Strategic and International Studies says a...
Read more

(Reuters) -Uganda, Tanzania and oil firms Total and CNOOC on Sunday signed agreements that will kickstart the construction of a $3.5 billion crude pipeline...
Read more

Canada-based oil and gas company Touchstone Exploration Inc. said on Monday the completion of flowback testing of the Cascadura Deep-1 well in Trinidad and...
Read more