OilNOWLatest News and Information from the Oil and Gas sector in Guyana
More
FeaturedNews
Updated: September 16, 2019 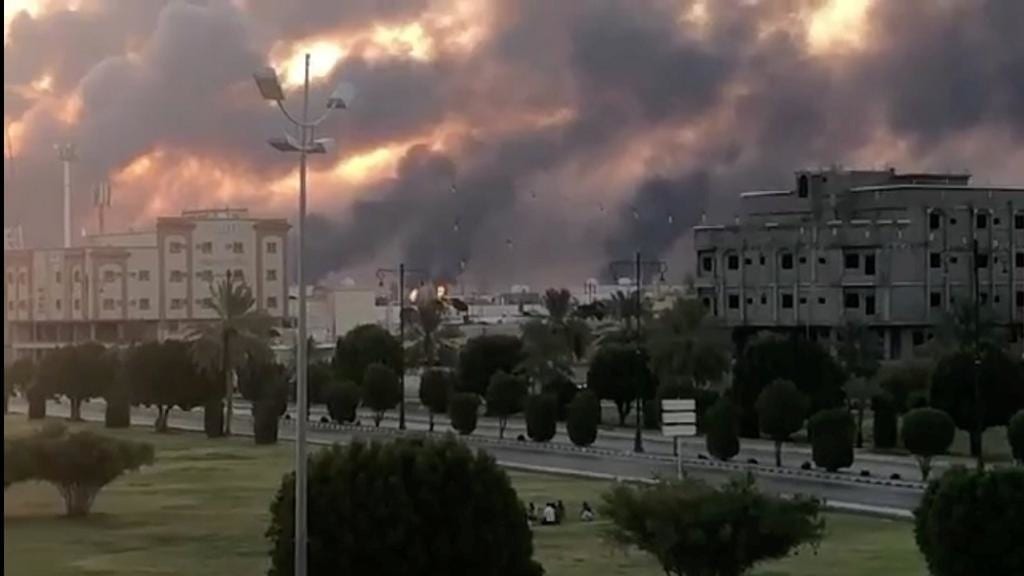 In an update to clients after the biggest attack on oil infrastructure since the Gulf War, Bjørnar Tonhaugen, head of oil market research at Rystad Energy said the spike in oil prices is likely to be short-lived.

“The bullish reaction in oil prices will likely be limited by Saudi Arabia’s vast quantities of crude in storage, estimated to equal roughly 26 days of current crude exports, a large portion of which is at the main export terminal Ras Tanura. The country also has strategic storage facilities in Rotterdam, Okinawa and Sidi Kerir (Egypt).”

The drone attack on the world’s largest oil processing facility, Abqaiq in the heart of Saudi Arabia’s oil industry, forced Saudi Aramco to shut in 5.7 million barrels per day (bpd) of crude production, which equates to 7% of the current global crude and condensate production.

“The world is not even close to being able to replace more than 5 million bpd day of Saudi Arabian exports. The market’s reaction to Saudi Arabia’s importance, in the new era of US shale, will now be put to the test,” Tonhaugen remarked. 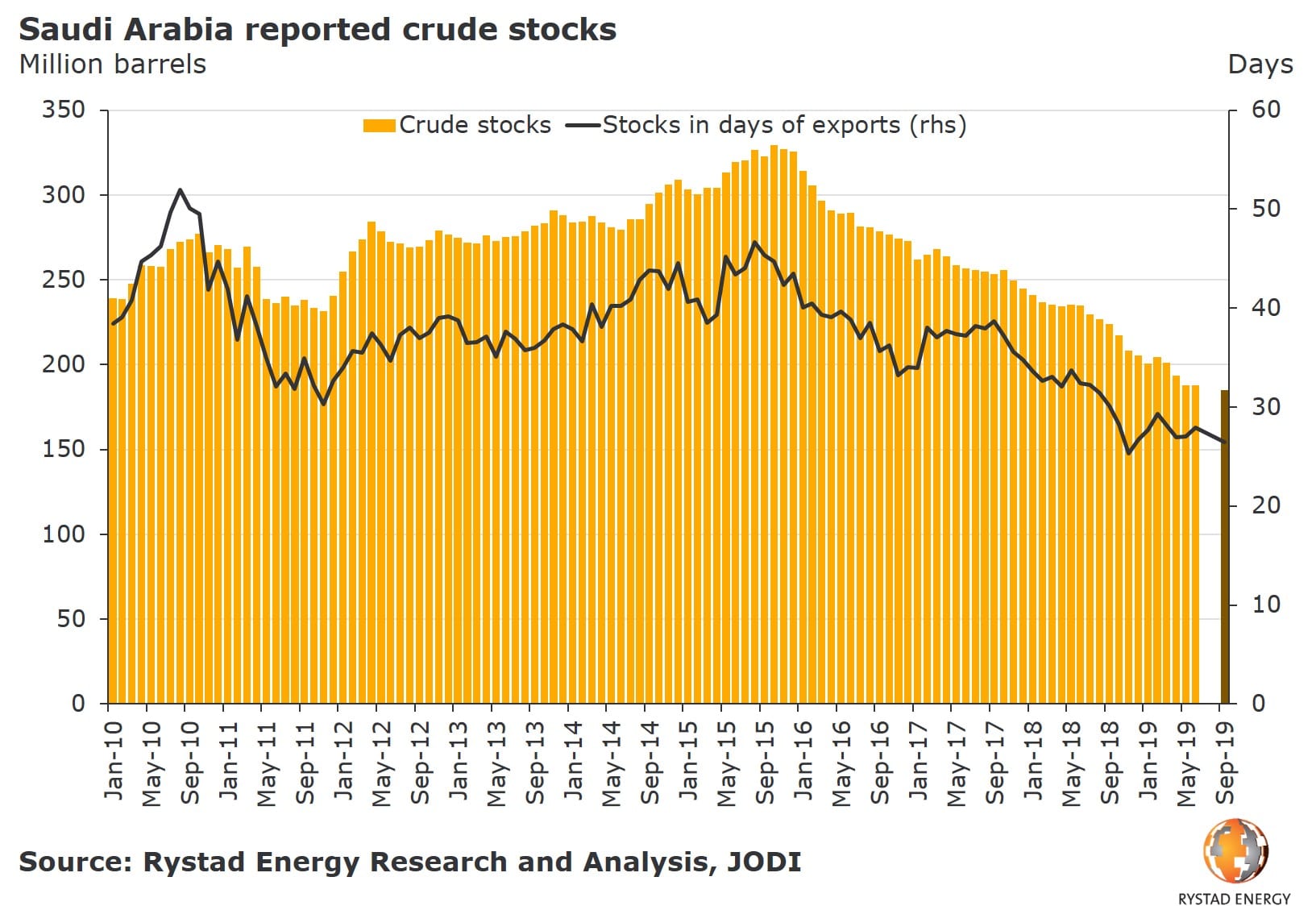 The longer the processing facility remains disrupted, the larger the potential impact on actual crude flows will be.

“In a scenario where the damages result in a longer duration of the 5.7 million barrels per day production shut-in, say for 10 days or more, the situation for Saudi Arabian crude flows to the market will be critical, in our view, as there are limits globally to the volume of export replacement barrels,” Tonhaugen remarked. “Strategic Petroleum Reserves in the OECD countries would then be called upon. The US stands as one of the few countries that would be able to increase exports in the short term. We believe US crude exports could potentially be increased by about 1 million bpd, from 3 million to 4 million bpd, if prices allow for higher utilization of the current crude exports capacity. Other countries with available capacity to increase exports by a few hundred thousand barrels per day each include UAE, Russia, Kuwait and Iraq.”

Saudi Arabia has approximately 185 million barrels of crude stocks in storage currently and has drawn down its domestic crude stockpiles by more than 40% (or 140 million barrels) since 2015. A large part of the storage is located near crude loading terminals, with storage capacity at Ras Tanura estimated at 60 million to 70 million barrels, representing 10 to 11 days of normal crude exports from the terminal

“The global flow of crude oil will not be disrupted immediately, Rystad Energy believes, due to storage capacity at the main export terminals. However, the longer the processing facility remains disrupted, the larger the potential impact on actual crude flows will be,” Tonhaugen added.