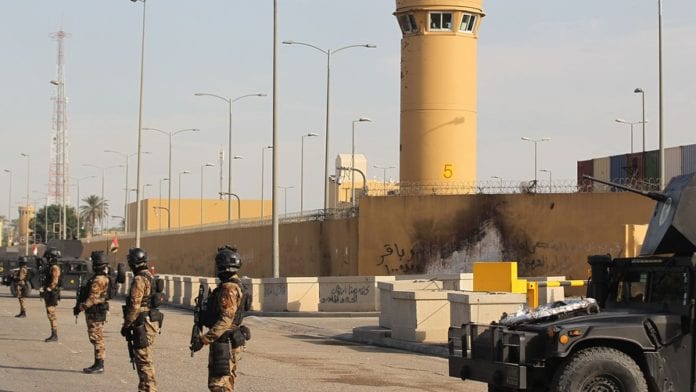 International benchmark Brent crude traded at $68.65 Friday morning, up more than 3.6%, having earlier spiked to an intraday high of $69.16.

Iran’s General Qasem Soleimani, who led a special forces unit of the Islamic Republic’s elite Revolutionary Guards, was killed in an airstrike at the Baghdad International Airport early on Friday.

The airstrike, which the Pentagon said was issued at the direction of President Donald Trump, has exacerbated already-high tensions between the U.S. and Iran — and sparked concerns of retaliatory action.

In the hours after Soleimani’s death, “one thing is clear: Iran will respond,” analysts at political risk consultancy Eurasia Group said in a research note published Friday.

“We expect moderate to low-level clashes to last for at least a month and likely be confined to Iraq. Iranian-backed militias will attack U.S. bases and some U.S. soldiers will be killed; the U.S. will retaliate with strikes inside of Iraq.”

Oil prices “will likely hold” around $70 a barrel, “but could make a run at $80 if the conflict spreads to the oil fields of southern Iraq or if Iranian harassment of commercial shipping intensifies,” they added.

The U.S. Department of Defense said in a statement overnight it had taken “defensive action to protect U.S. personnel abroad” by killing Soleimani, before adding the strike was “aimed at deterring future Iranian attack plans.”

Meanwhile, Iran’s Foreign Minister Javad Zarif said on Twitter that the killing of Soleimani was “extremely dangerous and a foolish escalation.”

“The U.S. bears responsibility for all consequences of its rogue adventurism,” Zarif said.

Soleimani has long been a key figure in Iranian politics and was widely regarded as the second-most powerful figure in the country — behind Khamenei.

He was working as the head of the Iranian Revolutionary Guard Corps-Quds Force — designated by the U.S. as a Foreign Terrorist Organization since April last year. Washington had blamed Soleimani for this week’s attack of the U.S. embassy in Baghdad.

“It has been always lingering as a potential threat … But I guess the timing of it was certainly surprising for the market,” Valentin Marinov, managing director and head of G10 FX research at Credit Agricole, told CNBC’s “Squawk Box Europe” on Friday.

“Maybe it is a bit early to draw really finite conclusions here about the overall impact on oil. After all, we just had the OPEC meeting where they reaffirmed cutting production further.”

“In addition, we also have expectations of oil output really peaking this year so chances are the move may continue,” Marinov said.

OPEC and non-OPEC allies, sometimes referred to as OPEC+, agreed to cut oil production by an additional 500,000 barrels per day (b/d) from Jan. 1, further deepening their previous cut of 1.2 million b/d.

“If we were to see a lack of escalation then potentially this initial spike is probably about enough for now,” James Athey, senior investment manager at Aberdeen Standard Investments, told CNBC’s “Capital Connection” on Friday.

“But it does appear to be a pretty serious escalation that has occurred and for that reason I think the market is going to be on tenterhooks for a good while just yet,” he added.

President Trump tweeted a message of the U.S. flag shortly after the news prompted oil prices to skyrocket.

“I don’t think that you will see a sustained rally in oil unless you get some surprise economic data that is stronger than people expect both in the U.S. and in particular Europe — which might be a swing factor here in terms of pushing that price up,” Robert Horrocks, chief investment officer of Matthews Asia, told CNBC’s “Capital Connection” on Friday.

“Other than that, I doubt this is the start of a severe spike in the oil price.”