OilNOWLatest News and Information from the Oil and Gas sector in Guyana
More
FeaturedProduction
Updated: April 29, 2017

Oil production will bring many opportunities; Guyanese must equip themselves 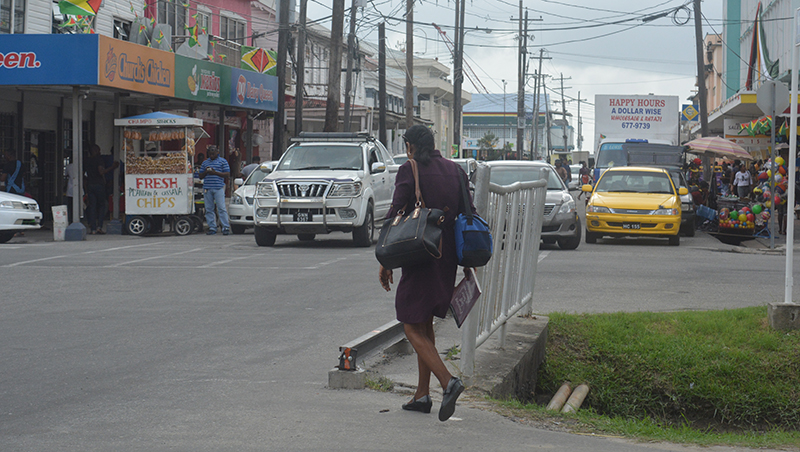 After 50 years of independence, one of the major challenges facing Guyana is the transformation of the country’s natural wealth into human development. At the launch of the 2016 Human Development Report (HDR) in which Guyana was ranked in the Medium Human Development category, resident representative of the United Nations Development Programme (UNDP), Ms. Shabnam Mallick, pointed out that “natural wealth is a resource, it is the bicycle, it needs to be transformed into capabilities which can be used for advancing human development.”

As the South American country prepares to harness yet another of its natural resource; oil, the major concern for Guyanese is whether there will be adequate incorporation of local human and other resources into the sector. The country will begin commercial production of oil in 2020.

“We are working on local content, that is to ensure that Guyanese are engaged in the sector,” Natural Resources Minister, Raphael Trotman told Guyana’s Parliamentary Committee on Natural Resources, on April 19, 2017.

Many Guyanese remain apprehensive about foreign nationals coming to the country and taking up jobs in the emerging oil and gas sector. Trinidad and Tobago for instance, located just about 695km from Guyana, is already an oil and gas producing nation with the skilled labour the industry needs. But while this concern exists, some point out that the reality of the availability of skilled labour in Guyana must be taken into account. Speaking at an oil and gas conference in Georgetown, Guyana, in March, Dr. Suresh Narine, Chairman of CGX Energy, himself a Guyanese, pointed out that the nation’s population outstrips its demand for labour, therefore, “the notion that we have to guard against Trinidadians is absolutely silly.”

He explained increased training for Guyanese is vital, not only in Petroleum Engineering, Geology and other technical related fields, but also in the finances of the oil sector and other supporting areas. “It is very very important that we continue to increase the intelligence of our population in navigating our new reality.”

Dr. Narine, who is also a Professor in the field of Physics & Astronomy and Chemistry, noted that, “whilst it will be very enticing to have hundreds and hundreds of Petroleum Engineers and Geologists join the ranks of skilled Guyanese, it is very important that when we start to establish scholarships, that we do so with this competitive understanding in place and so that those scholarships will spare time for Agriculturalists, for Technologists, for Health practitioners, for people in the precious and rare earths.”

The Ministry of Natural Resources has already signed a contract with the Mexican Institute of Petroleum (IMP) to provide training in geophysics and geology. The Government has also been offering scholarships to pursue Environmental Studies through the Department of Public Service.

With 10 to 15 wells set to be drilled offshore Guyana over the next 3-5 years, Dr. Narine said each well will have a need for various forms of resources. “Suddenly, the demand for labour, the demand for logistics, supplies, everything goes up exponentially…there are significant business opportunities in Guyana which we have to get behind in order to support the exploration activities.”

On the cards for the provision of jobs is also an Onshore Supply Base at Crab Island in the Berbice River. At this facility, the Government is banking on the spinoff economic benefits to surrounding Regions Five (Mahaica- Berbice), Six (East Berbice- Corentyne) and Region Ten (Upper Demerara- Berbice).

“There is going to be need for catering, accommodation, machine shops, a whole variety of things are going to be needed and I should say once this is established, the country will benefit as a whole,” Guyana’s Natural Resources Minister has pointed out.