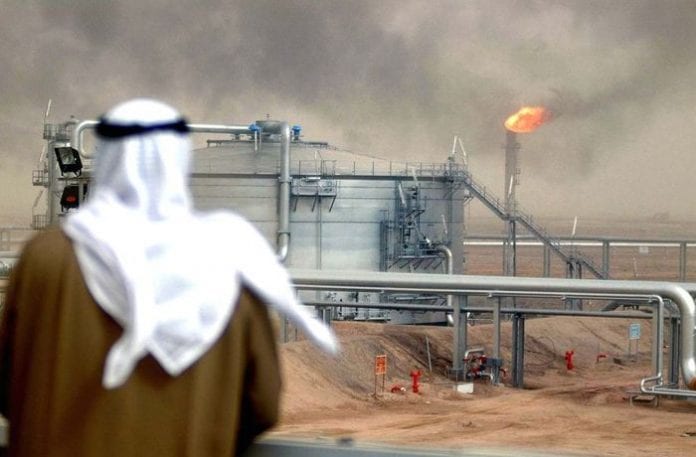 (Bloomberg) Oil rose as Saudi Arabia was said to be comfortable with Brent crude exceeding $80 a barrel.

Futures in London added as much as 1.7 percent. The world’s biggest crude exporter is content to see the global benchmark advance, at least in the short term, as markets adjust to the impact of U.S. sanctions on Iranian supply, according to people familiar with the kingdom’s view. Iranian oil exports have plunged to a 2 1/2-year low, tanker-tracking data shows.

“The comment from Saudi Arabia basically highlights the short-term risk that oil producers may struggle to keep crude between $70 and $80,” said Ole Sloth Hansen, head of commodity strategy at Saxo Bank A/S in Copenhagen.

Brent has climbed more than 11 percent from the lows of August as buyers shun purchases from Iran even before U.S. sanctions officially start in November. Still, an escalating trade dispute between America and China is clouding the outlook for demand. Investors and traders are closely watching whether OPEC and its allies will increase output when they meet to discuss strategy in Algeria on Sept. 23.

Brent for November settlement rose as much as $1.32 to $79.37 on the ICE Futures Europe exchange, and traded at $78.99 at 11:15 a.m. in London. The contract fell 4 cents on Monday. The global benchmark crude traded at a $9.52 premium to West Texas Intermediate for the same month.

WTI for October delivery gained as much as $1.04 to $69.95 a barrel on the New York Mercantile Exchange, following Monday’s 8-cent decline. Total volume traded was about 20 percent above the 100-day average.

Saudi Arabia has no plans to repeat 1973 oil crisis