OilNOWLatest News and Information from the Oil and Gas sector in Guyana
More
FeaturedNews
Updated: January 9, 2020 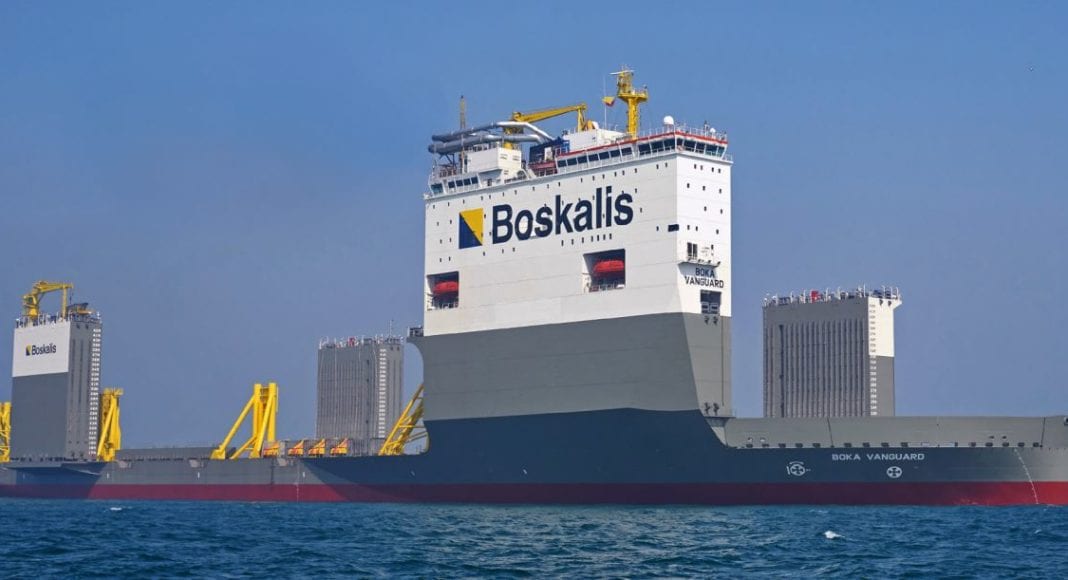 Dutch dredging and heavylift company Boskalis said in a statement on Thursday that an incident occurred earlier this week on board an FPSO which is currently being transported by the Vanguard from China to Brazil.

During the journey a contractor, designated by the yard, was conducting preservation works on board the vessel. These works are part of the pre-delivery activities by the yard before the FPSO is delivered to the operator in Brazil, scheduled for later this month.

Boskalis said six persons employed by the designated contractor, all with the Brazilian nationality, illegally consumed a cleaning liquid found on the FPSO.

This liquid is a substance customarily used for degreasing purposes, presumably containing a mixture of ethanol and the severely toxic methanol.

“The affected persons reported this to our crew approximately 36 hours after consumption at which point serious signs of illness were becoming apparent. Swift and immediate action was taken by our crew. The Vanguard changed course towards the coast of South Africa and a medical evacuation by helicopter was organized,” the company said.

Regrettably, one of the affected individuals passed away before the medical assistance was on site.

Boskalis said the remaining five persons were successfully evacuated, hospitalized in Durban, South Africa and are successfully recovering from the intoxication.

“Boskalis expresses its deepest condolences to the family and loved ones of the deceased person,” the company stated.

Boskalis said it would like to stress that it has a strict zero tolerance policy with regard to alcohol on its offshore vessels. The FPSO and Vanguard have recently resumed their journey to Brazil.