OilNOWLatest News and Information from the Oil and Gas sector in Guyana
More
FeaturedNews
Updated: July 7, 2021 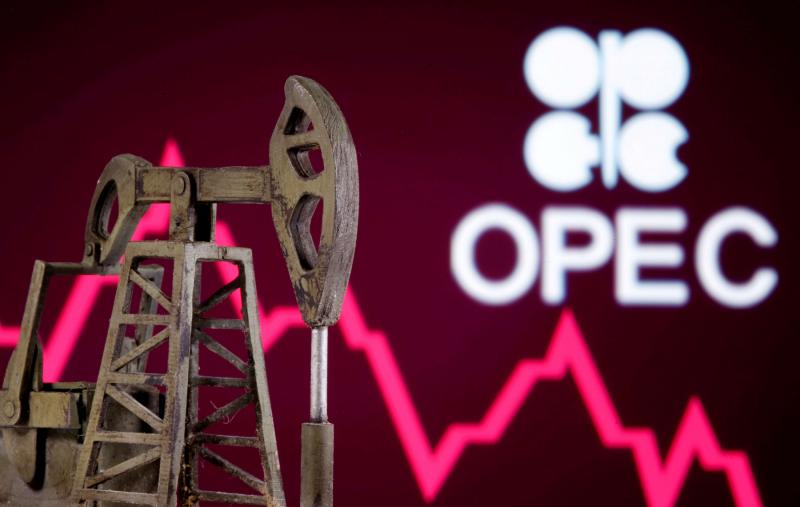 (Reuters) – OPEC+ brinkmanship has taken oil prices towards $80 a barrel, the highest since 2018, threatening to upend central banks’ transitory inflation narrative as well as the post-pandemic economic recovery.

Last year’s Saudi-Russian oil war showed that disputes between OPEC+ members do not always result in higher prices, but this week’s standoff within the group sent prices higher, building on year-to-date gains of around 50%.

Brent futures slipped around 3% on Tuesday but if prices persist at these levels or move higher, inflation could well prove more sustained than anticipated. That will up the ante on central banks to unwind super-easy monetary policy.

Here are some potential pressure points:

The year-on-year oil price percentage change is at levels last seen more than 40 years ago.

Prices – currently around $75 per barrel for Brent crude futures – are only half of where they were in 2008. But markets have a habit of running scared of rapid moves, said Christian Keller at Barclays.

“The pace of acceleration is much sharper than we have seen even after the global financial crisis,” said Keller. “And while many expect the effects to be temporary, they are higher than what we thought they would be, even temporarily.”

Investors, central bankers and policymakers have been debating whether the recent inflation pickup is transitory or the real deal.

Citi’s inflation surprise index has hit record highs for the United States and multi-year peaks in many other places, indicating inflation readings have come in higher than expected.

A mix of bottlenecks, ample global liquidity and surging commodities prices, including from food, has boosted price pressures. Higher oil adds a fresh dimension to the debate.

“Oil prices come into the picture because of the potential impact they could have in making this transitory rising inflation to become a little bit more medium-term,” said UBS’s Massimiliano Castelli.

Oil rising towards $100 a barrel could “have a negative impact on inflation expectations,” he added.

Around 80% of emerging market economies by gross domestic product (GDP) are oil importers.

Many are more sensitive to price pressures as food and energy make up a higher proportion of their inflation baskets. A number of them – such as Russia or Brazil – have already been forced into raising interest rates.

David Rees at Schroders calculates that oil prices rising to $100 per barrel could see energy inflation break above 20% in emerging markets.

“(Oil price gains) would be a headwind for the recoveries in oil-importing countries,” said Rees, just at a point when many developing economies had to digest the Fed’s hawkish pivot.

An extended rise in oil prices would be negative for emerging market currencies which hit a record high last month.

The currencies of importing nations such as India and Turkey would likely be the hardest hit, though oil exporting Russia’s rouble would be in for gains.

In developed markets, the Norwegian crown, already among the top three major currency performers year-to-date, would benefit along with its Canadian counterpart – both large oil exporters.

The case for the U.S. dollar is less clear-cut: Historically high oil prices were dollar negative as they widened the U.S. current account deficit, but that equation shifted in recent years as the United States became a net oil exporter.

Higher oil prices resulting from greater demand is suggestive of ongoing global recovery while a supply-fueled squeeze is historically associated with dollar depreciation.

U.S. headline inflation is at 5% while in the euro area it is hovering at the European Central Bank’s target of close to but below 2%.

Those might not be red flags, but this comes at a time when many fear that economic expansion – especially in the United States and China – has reached its zenith.

Even in Europe, where growth is still accelerating, the impact of rising crude prices would be felt, potentially dampening consumer spending – a key plank in the bloc’s economic recovery.

“Higher oil prices are a tax in Europe and can crowd out spending,” said Chris Scicluna, head of economic research at Daiwa Capital Markets.

A market-based gauge of long-term inflation expectations in the euro area rose on Tuesday to almost 1.65%, its highest level since 2018 – a sign investors are positioning for higher inflation. The gauge tends to move closely with oil prices. U.S. five-year, five-year breakeven inflation forwards, at 2.34%, is up sharply from last month’s low of around 2.22%.