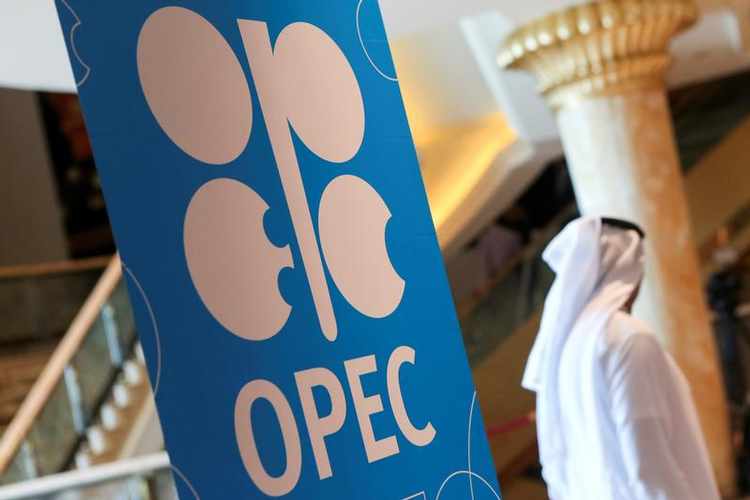 (Market Watch) In a sign of the times, the Organization of the Petroleum Exporting Countries and allied oil producers will hold a virtual meeting Thursday to make a decision on global crude production that could make or break the oil market.

“The virtual nature of the meeting is unconventional, but is unlikely to be a hindrance,” said Manish Raj, chief financial officer at Velandera Energy, who believes that the group has a pre-planned agreement in place.

If the OPEC+ parties do not already have an agreement in place, they would have just called off the meeting, he told MarketWatch. The video conference is scheduled to begin Thursday at 1400 GMT, or 10 am Eastern time, according to Reuters.

“The virtual meeting is merely a formality as the key decision makers, Saudi Arabia and Russia, have already had direct discussions in advance, and Saudi Arabia has already had side talks with its partners, Kuwait and [United Arab Emirates],” Raj said.

He sees a pre-planned “baseline” for OPEC’s discussion to be for cuts of 8 million to 10 million barrels per day over 90 days, with the meeting likely focused on “fine tuning the amount and allocating the amount to each partner.”

Still, decisions by the group of major oil producers, collectively referred to as OPEC+, have been known to be notoriously difficult to reach. A meeting in early March broke down after OPEC member Saudi Arabia and non-member Russia failed to agree on production cuts—leading to a price war and production increases among the two nations.

“If the cartel fails to secure a meaningful deal that ends the current price war, oil could end up tumbling back to levels not seen in 17 years around $20,” said Lukman Otunuga, senior research analyst at FXTM.

On the other hand, “a positive outcome to the meeting should offer some light at the end of the tunnel for oil, opening the path towards $40,” he told MarketWatch.

Both benchmarks have lost more than half their values so far this year.

Last week, President Donald Trump tweeted that he expects Saudi Arabia and Russia to cut oil production by 10 million barrels per day to as much as 15 million barrels a day.

Even if OPEC+ cuts by the highest number mentioned—15 million barrels per day— “it will not match the drop in consumption, said James Williams, energy economist at WTRG Economics.

IHS Markit forecasted a drop in second quarter global oil demand of 16.4 million barrels a day from a year earlier, and estimated April’s oil demand decline at around 20 million barrels per day, citing “the closure of a large share of the global economy” due to the COVID-19 pandemic, according to a report issued on March 31.

“Most likely we will see OPEC and OPEC+ agree to a 10 million [barrel per day] cut, with an outside chance of 15 million,” said Williams.

Raj said all the OPEC+ parties are “highly motivated to reach an agreement and will be cognizant of [the] oil price ‘bloodbath’, should they again fail to reach an agreement.” He expects Trump to press ahead with an import tax to defend U.S. producers if the group fails to reach a pact on a sizeable output cut.

If the U.S. imposes an import tax on oil, that will “deal a blow to OPEC+, as domestic producers will enjoy a price premium, while OPEC+ producers take a hit,” he said.

Raj also said he does not expect to see forced cuts in U.S. production. “Regulator enforced curbs on U.S. production would be anti-competitive…and is therefore highly unlikely,” he said.

Ahead of the meeting, however, there are already indications that U.S. oil production is heading lower in reaction to lower oil prices and a drop in demand amid efforts to slow the spread of COVID-19.

In a report Wednesday, IHS Markit said the “collapse” in world oil demand is driving large spending cuts among oil companies around the world, with the largest in percentage terms, so far, coming from North American exploration and production companies. North American E&P companies plan to cut spending this year by 36% versus 2019 levels—that’s a $24.4 billion cut in 2020, the report said.

It also estimates that U.S. crude production will fall 2.9 million barrels a day by the end of this year, compared with the first quarter.

The decline in demand has led to expectations the global storage capacity will soon fill up. Rystad Energy said its analysis shows that total commercial oil storage in the U.S. stands at about 653.4 million barrels, or some 780 million barrels including pipeline fills and crude that’s in transit.

“At current filling rates, a third of available crude storage capacity in the U.S. will already be filled in April,” it said. “With additional oil coming, the largest production shut-ins in the country’s history are not far off.”

Oil slips to $71, hit by talk of higher OPEC+ production