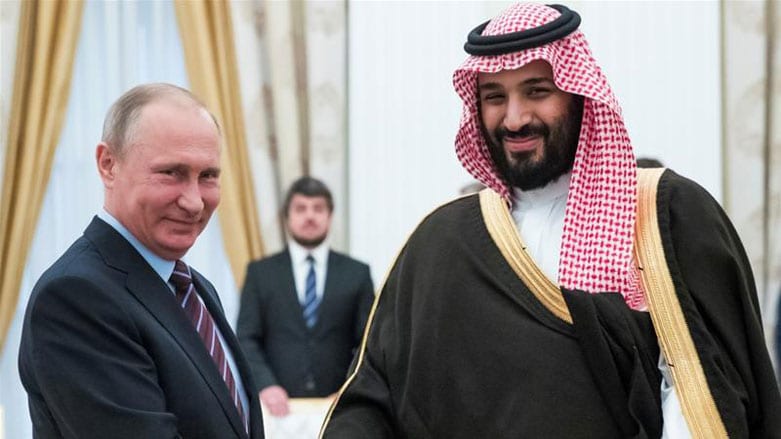 A month after the last unproductive OPEC+ meeting and with COVID-19 slashing demand amid the ongoing price war, the US has managed to broker a new extraordinary meeting for oil-producing nations.

Russia and Saudi Arabia will be back to the negotiating tele-table on April 6, 2020 to discuss the output cuts of at least 10 million barrels per day (bpd), first announced by US President Donald Trump on Twitter on 2 April 2020.

The deal would help balance the demand shortfall and bring prices back to more profitable levels and help avoid production shut-ins. The sticking point is how much each producer is willing to cut. But, in case of another deadlock between Russia and Saudi Arabia, which of the two oil majors is better positioned to withstand an extended oil price war with fewer losses?

A Rystad Energy research shows that Saudi Arabia will suffer a bigger hit than Russia in all five financial criteria we examine: the impact on oil and gas revenues, fiscal breakeven price, fiscal deficit and foreign currency reserves, budget deficits and domestic policy.

Impact on oil and gas revenue

In Rystad Emergy’s base-case scenario of an average oil price of $34 per barrel of Brent this year and $44 next year, Saudi Arabia’s revenues will halve this year compared to 2019 before recovering by 30% to almost $135 billion in 2021. As a result, at a $34 oil price, the country will lose $105 billion of revenues in 2020 – and in case of a $20 oil price, Saudi Arabia will lose up to $150 billion this year, even with the increase in production.

Similarly, Russia’s revenues will slump by 47% in 2020 and recover back by 35% in 2021 to $114 billion. Russia will lose about $75 billion in revenue this year at a $34 oil price, while the revenue shortfall could be $110 billion at a $20 oil price. Russia would hold up better than Saudi Arabia in terms of revenue loss in a $20-per-barrel scenario because it has a higher contribution from gas to overall revenues.

Saudi Arabia has been working to reduce its fiscal breakeven oil prices and has had some success over the past few years. However, the oil price required to finance the budget has remained quite steep at $84 per barrel for 2020. In comparison, the fiscal breakeven price for Russia has come down from highs of $114 in 2013 to close to $42 per barrel in 2020, largely aided by a weakening RUB–USD exchange rate in 2014–2015.

In case there is no way out of the current deadlock, Russia has more breathing space than Saudi Arabia to survive a protracted volume war.

Among other countries in the Middle East, the first victim in this oil price war will be Iran, which is already struggling with ongoing political instability and substantial US sanctions. The fiscal breakeven oil price has been rising rapidly for Iran, from $58 in 2016 to an expected $195 in 2020, according to the International Monetary Fund (IMF). Kuwait and the United Arab Emirates (UAE) also need higher oil prices to sustain their economies without additional borrowing.

In the case of a protracted oil-volume war, foreign currency reserves and current levels of fiscal deficit will also play a role in determining who is under more pressure to agree to production cuts. Saudi Arabia saw an annual fiscal deficit rate of 15% in the year 2015–2016 immediately after the previous oil-price crash. In 2020 the country’s fiscal deficit is expected to be close to 7%. By contrast, Russia has had a much lower fiscal deficit in the range of 4% to 5% after 2014 and has been positive in recent years.

Oil remains the main revenue generator and driver of the Saudi Arabian and Russian economies. Their respective sovereign funds also play an important role in reducing vulnerability. Saudi Arabia undoubtedly had bigger foreign reserves of close to $740 billion in 2013, which have now shrunk to $500 billion. Despite various financial and economic measures, the Kingdom’s reserves haven’t aggregated as the country’s attempts to diversify its economy through plans like Vison 2030 and the Fiscal Balance Program (FBP) introduced in 2016 did not produce the expected results.

Russia has overtaken Saudi Arabia in terms of foreign reserves and now ranks fourth globally with about $550 billion in reserves. Russia is increasing its foreign reserves to help stabilize its economy amid tense international relations and threats of more sanctions from the US. Reserves have increased mainly due to buying foreign currency and budget surpluses. The country is also reshaping its international holdings, reducing the share of US dollars in favor of other currencies and gold.

If oil prices stay at current levels, Saudi Arabia could face a budget deficit of more than $100 billion at a time when its economy is already struggling, having grown only 0.3% in 2019. Meanwhile, Russia faces a relatively smaller budget deficit of $39 billion in 2020, and the finance ministry has said that the country could weather oil prices of $25 to $30 per barrel for between six and ten years.

Russia has another buffer for low oil prices in the free-floating Russian ruble, which allows the authorities to adjust swiftly to market conditions via devaluations. A weaker ruble helps the country’s commodity exporters, which sell their goods in dollars, increasing the revenues for the government.

Whether it is fiscal breakeven prices, fiscal balance or foreign reserves – the Kremlin leads the race in every indicator important for the countries participating in the oil volume war. This means that Russia has many options to survive this price war in the short or long term, while Saudi Arabia only has a few and is already using its first one – increasing output to mitigate the hit to revenues. Next up is spending cuts, which are also underway in Riyadh.

“Saudi Arabia certainly could have picked a better time for an oil-price war as the COVID-19 outbreak is already hammering global economies, including its own. At the moment, Russia can withstand the COVID-19 outbreak impact on demand and afford to wait,” says Rystad Energy’s Head of Analysis Per Magnus Nysveen.

While Saudi Arabia can ride it out on a short-term basis, other Middle Eastern OPEC countries may be in for a rougher ride with a gloomier outlook for Iraq, Kuwait and especially Iran. The UAE is turning out to be the dark horse in this race as the country is relatively well-positioned financially.

Oil prices dive 4% as OPEC meeting ends with no details...