OilNOWLatest News and Information from the Oil and Gas sector in Guyana
More
ExplorationFeaturedNews
Updated: July 28, 2022 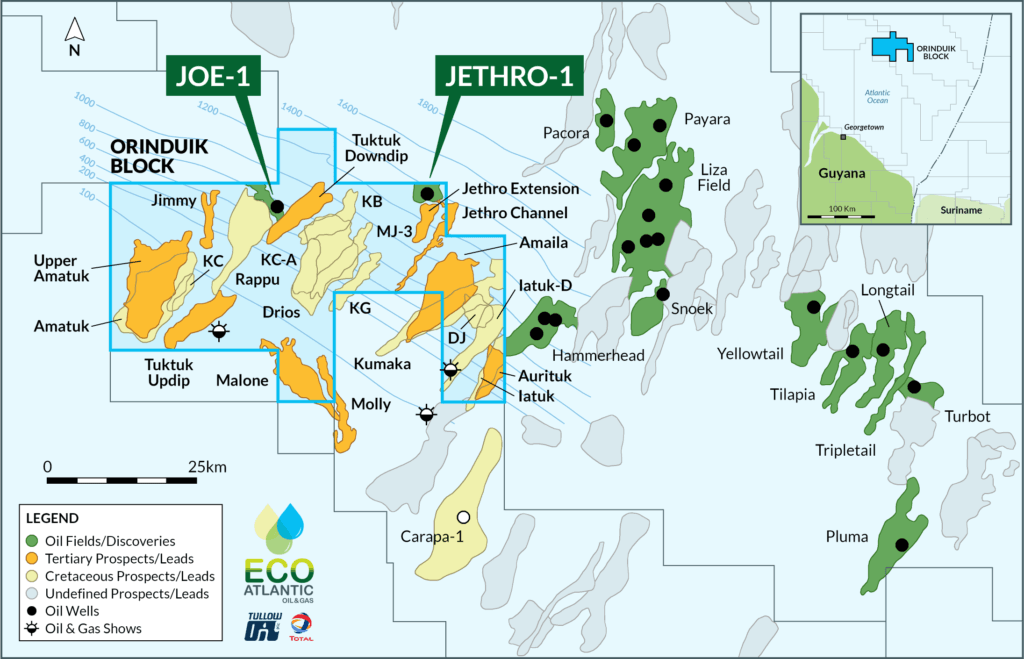 Tullow Oil is preparing to submit drilling commitments to the Government of Guyana for the Orinduik Block.

In a release shared by Orinduik’s 15%-stakeholder, Eco-Atlantic Oil & Gas, Dr. Michael Green of Align Research said progress is being made on the cretaceous drilling target selection in 2022.

“The partners in the block are now entering the next phase of exploration decision making in Q3 2022 as drill commitment is planned to be sent to the government by the end of the quarter,” Dr. Green said.

The analyst discussed, in the release, the two latest discoveries announced by ExxonMobil on Tuesday. Dr. Green said they are on trend with the light oil targets on the southeastern corner.

“Each discovery made in the Stabroek Block is extremely positive and helps Eco better target its next drilling campaign,” the analyst added.

He said, so far, 22 prospects have been identified at Orinduik, with 11 leads in the upper cretaceous horizon.

Dr. Green noted that an independent 2020 competent persons report (CPR) had shown that the Best Gross Prospective Resource estimate for Orinduik is 5.1 billion barrels of oil-equivalent, with 771 million barrels net owed to Eco.

However, a recent report updated the gross estimate to 8.1 billion barrels, to which Eco is entitled 681 million barrels of oil and 544 billion cubic feet of gas.