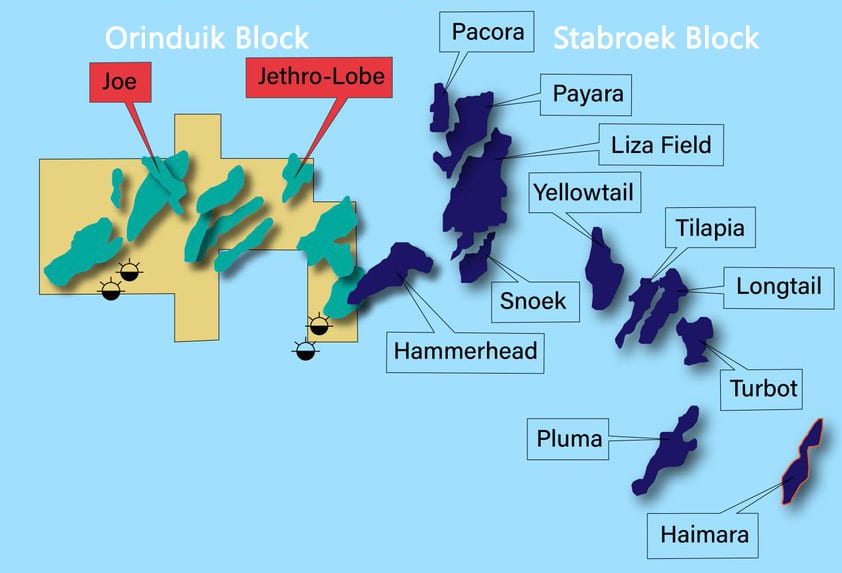 Undeterred by the results from the Jethro and Joe prospects on the Orinduik block which showed the presence of heavy oil, Eco Atlantic says it remains primed for a new campaign on the block which is expected to focus on light oil Cretaceous targets.

The company has said three-quarter of the prospects on the Orinduik block are in the Cretaceous play, the same type of geology the majority of ExxonMobil’s sweet, light crude have been found in at the Stabroek block. The block partners have said they believe that there could be around three billion barrels of cretaceous light oil at Orinduik.

“Eco remains fully funded for its share of its planned two exploration wells on the Orinduik Block and, with its partners Tullow Oil and Total, it is assessing all opportunities available to drill such exploration wells into the light oil cretaceous targets as soon as practical,” the company said Tuesday in announcing its plans to launch Eco Atlantic Renewables – a new company majority owned by Eco Atlantic.

Eco said it is fully aligned with its block partners on careful target selection based on the 3D currently being reprocessed for the next drilling campaign.

“Eco expects to be able to update the market on its next drilling plans in due course and most probably towards the end of Q2 2021 when the drilling targets selection process is anticipated to be finalized,” the company stated.

Eco Atlantic Renewables has been formed with Nepcoe Capital Partners Ltd. (Nepcoe), a renewable energy developer and investment company, to source, acquire and develop an exclusive pipeline of potential high yield solar projects. Eco owns 70% of Eco Atlantic Renewables and the remaining 30% is owned by Nepcoe.

“We are not a management team that likes to sit and wait for outcomes. Following several months of extensive strategic work and identification of multiple projects by the management team and Board of Directors, this exciting opportunity has crystalised,” said Gil Holzman, Co-Founder and Chief Executive Officer of Eco Atlantic.

Holzman said Eco’s decision to form this new majority held renewable energy company was partly driven by a lack of oil and gas acquisition opportunities that are as good and as prospective as the ones it already hold.

“While we remain focused and fully committed to achieving near term exploration success in Guyana and Namibia, we are fully aware of the global energy transition that is firmly underway,” he said. “The creation of Eco Atlantic Renewables is a clear demonstration that Eco Atlantic is responding to the changing marketplace.”

He said the new venture has been structured in such a way that Eco’s oil and gas assets in Guyana and Namibia remain the core of its business. “We have retained adequate near-term financing and both of our regions continue to demonstrate significant potential for our shareholders.”

Eco said it is seeking to create additional shareholder value by applying its experience in integrated projects, direct negotiating with governments, and being agile within the renewable energy sector, while continuing to drive forward its core oil and gas assets in Guyana and Namibia.