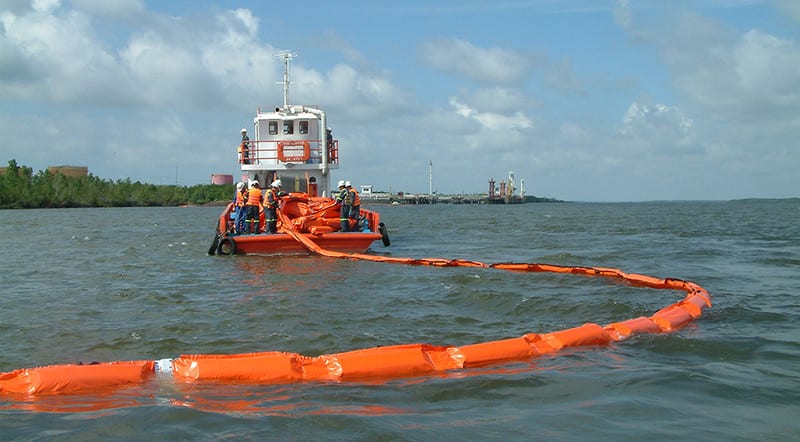 The National Oil Spill Response Plan was drafted in 2018 by the Maritime Administration Department (MARAD). The draft plan was further strengthened by a working group which was formed in January 2019 and led by the CDC. The National Oil Spill Contingency Plan was handed over to the Government of Guyana on October 02, 2020. The final Plan was developed as a result of several comprehensive consultations, reviews, testing and support from national stakeholders along with international partners such as the United States Coast Guard and the International Maritime Organization.

The CDC said today’s inauguration sets the pace for the implementation of the plan. The committee is the body that is now mandated to oversee the policy development, revision of the plan, drafting of legislation and regulations, and making recommendations on relevant international conventions that will increase the nation’s capabilities to deal with and minimize incidents of oil spills pollution in the environment.

Some of the capacity building requirements are new and very technical and therefore would require specialized training and appropriate equipment not readily available in Guyana. To this end, the Commission already initiated discussions with the United States of America State Department and Coast Guard for support.

Prime Minister Mark Phillips, in his opening remarks, assured the committee that, “the Government of Guyana recognises and is committed to realizing the potentials which lie ahead for the country as we boost and develop our Oil and Gas industry.” Prime Minister Phillips emphasized that it cannot be ignored that the oil and gas industry also presents new threats and risks, and that Guyana must put mechanisms in place to ensure that its resources and ecosystems remain safe.

“Oil spills, if not addressed adequately, can devastate marine environments and organisms, and result in billions of dollars in clean-up, and short- and long-term recovery costs,” the Prime Minister said. He reminded the stakeholders that the National Oil Spill Committee, therefore, has “an immense task at hand, which is to oversee and coordinate the national efforts to ensure that these negative impacts are avoided at all costs.  At this junction, my Government is committed to supporting this crucial Committee in continuing these strides as we build and strengthen our mechanisms for spill management in Guyana.”

Lieutenant Colonel Craig, Director General of the CDC, said the main output of the workshop is to develop an annual work plan to determine the training, equipment, and source of funding for the players to efficiently and effectively execute their roles and responsibilities identified in the National Oil Spill Contingency Plan.

“This work plan would be the main guiding document for the Committee in 2021,” he stated. The Director General emphasized the innate need to work as a team to ensure Guyana’s Oil Spill Mechanism is robust enough to respond effectively to any tier of oil spills. Further, he said the Commission intends to seek similar support from the International Maritime Organization and the Regional Maritime Pollution Emergency, Information and Training Center. He said these crucial steps and support are taken to ensure the most suitable resources and skills are acquired and government finances are not wasted.

According to the CDC, the outputs of this workshop are to develop the NOSC annual work plan, apprise members of their roles and responsibilities, document and consolidate all activities in oil spill management to date and determine immediate and medium-term activities of the NOSC.  The NOSC will operate under the National Emergency Operation Center (NEOC) and under an Incident Command System (ICS) to oversee policy development to minimize incidents of onshore and offshore oil spills. The Commission intends to conduct further consultations with all members in the development of the work plan and it was agreed that the Committee would meet monthly or more often if the need arises.