OilNOWLatest News and Information from the Oil and Gas sector in Guyana
More
FeaturedNews
Updated: February 19, 2020 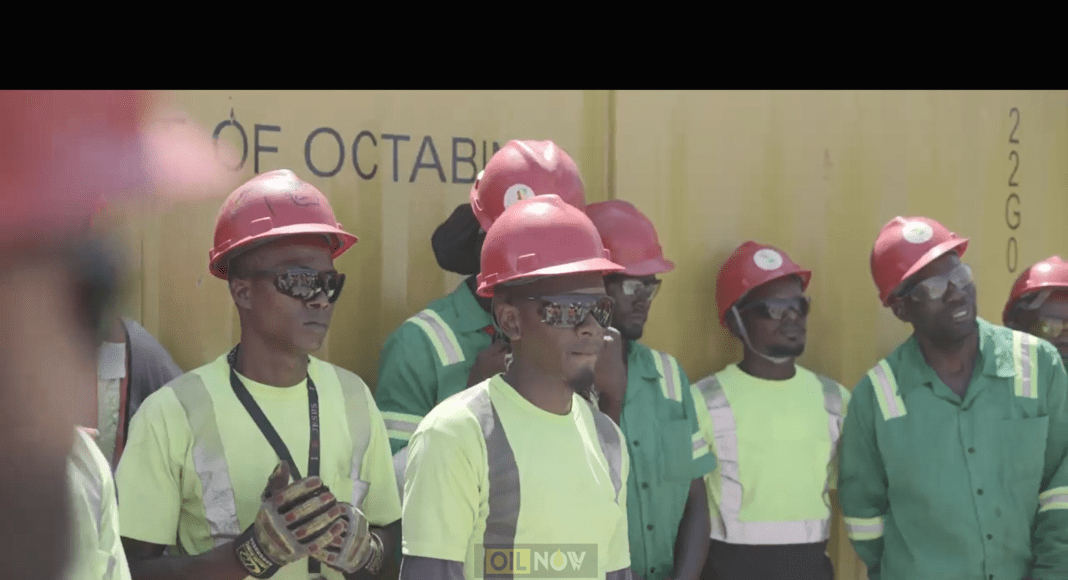 Since the world class Liza discovery in 2015, ExxonMobil has expended more than GY$45 billion on local suppliers in the South American country of Guyana. The company said Wednesday in an activity update that more than 700 Guyanese vendors have been supplying a range of goods and services to support its operations which has to date resulted in over 8 billion barrels of oil equivalent being discovered and the start of production last December.

“Since 2015, GY$45.7 billion were spent with hundreds of local vendors. In 2019 alone more than GY$24 billion, were spent directly with more than 700 Guyanese vendors providing goods and services ranging from food to engineering. This represents a 74% increase in expenditure compared to GY$14 billion spent with Guyanese vendors in 2018,” the company stated. 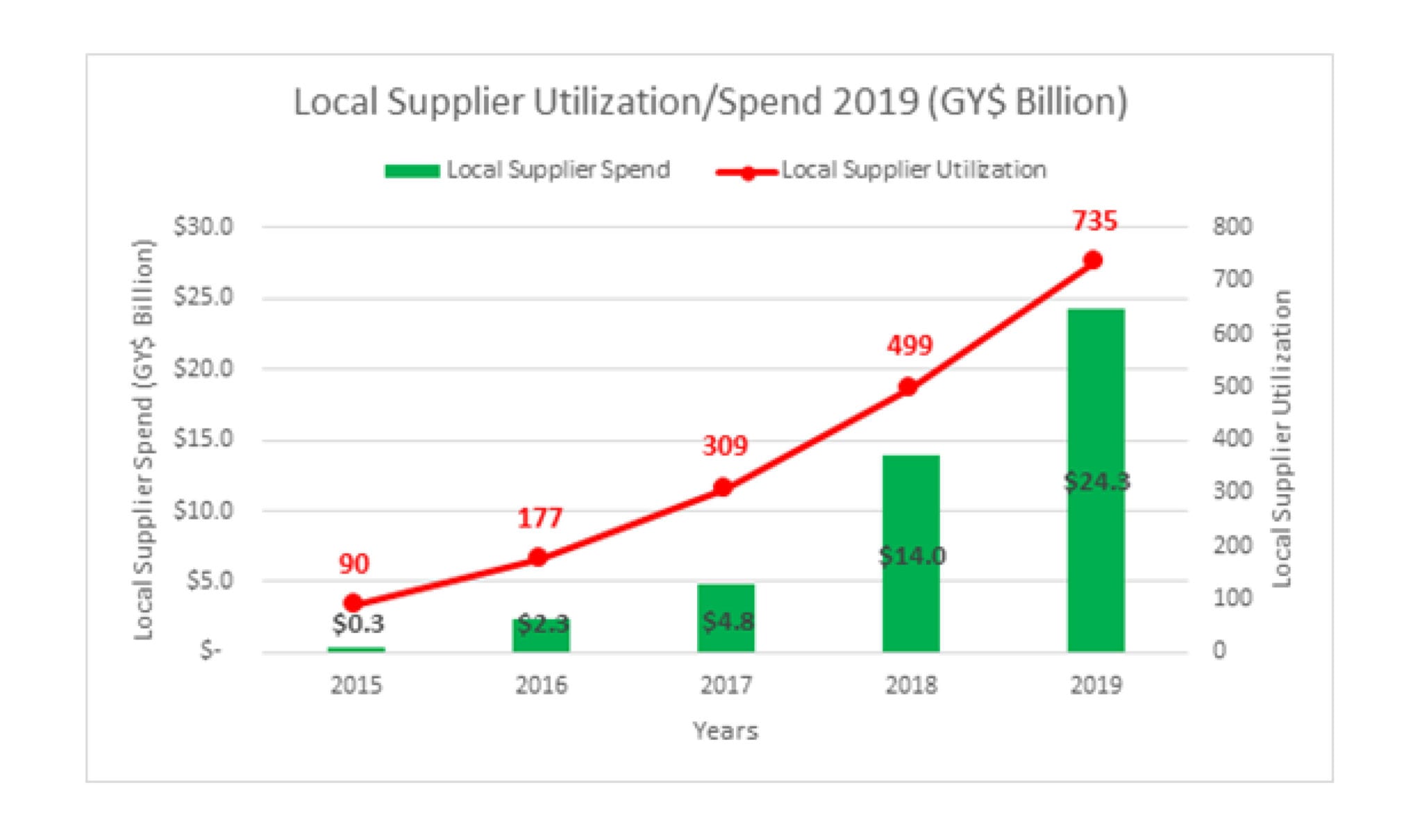 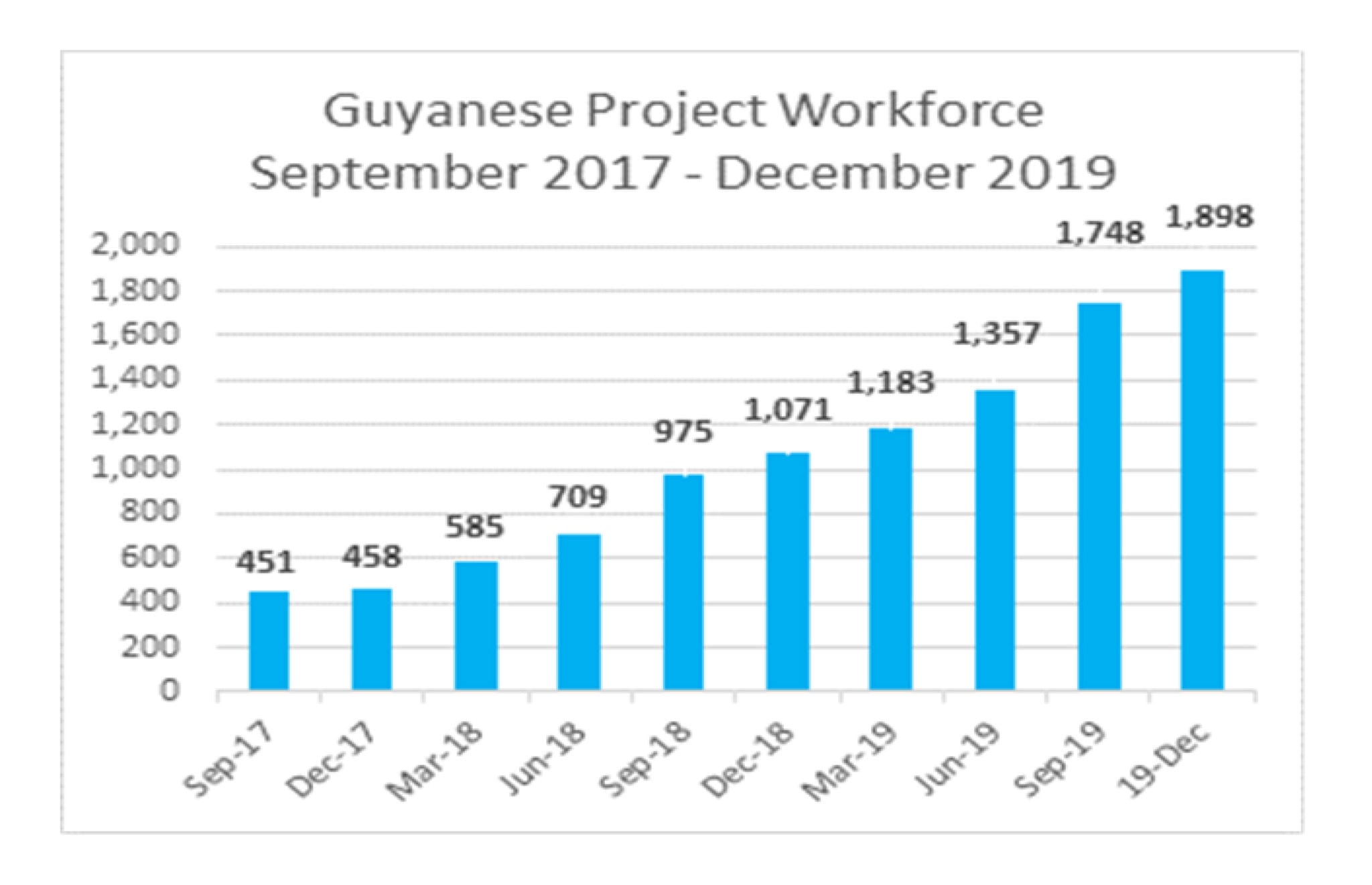 The Centre for Local Business Development (Centre) has also released a list of planned 2020 tenders to provide goods or services related to ExxonMobil Guyana and its prime contractors. Uploaded to the Centre’s Supplier Registration Portal, the list supplements ongoing efforts to provide Guyanese businesses information regarding upcoming opportunities available in the oil and gas industry.

“Local suppliers are important to the success of our operations, and through the Centre, we continue to strengthen the capabilities of Guyanese businesses; improving their competitiveness and the country’s overall industrial base,” said President of ExxonMobil Guyana Rod Henson.

The Centre continues to be a reliable resource for information on safety, technical standards, procurement opportunities, tendering processes and project-specific information. It provides mentoring, access to financial support services and business-to-business networking opportunities.

ExxonMobil said in its activity update that planning is underway for a Supplier Forum later this year which will allow for direct engagement with the company and its prime Contractors. The Centre held a similar forum in December 2018.

The Centre was established in 2017, to assist small and medium-sized Guyanese businesses build capacity and improve their competitiveness.  To date, more than 2,100 Guyanese business are registered and in keeping with its mandate, the Centre provided coaching and mentorship to more than 450 businesses. 15 Guyanese companies are receiving mentorship for ISO 9001 compliance, while four companies were certified and one company has reached compliancy.

“Using a multi-tiered approach, ExxonMobil focuses on building workforce and supplier capabilities as well as strategic community investment. Continued growth of local content is exactly what we want to see as we continue to partner with Guyana,” Henson indicated. Looking ahead, he noted that a steady phased approach to future development projects such as Liza Phase 2 and potentially Payara will help further progress local content.

The Liza Phase 1 project began oil production in December 2019, while the Liza Phase 2 startup is anticipated by early 2022. A third project, Payara, is currently undergoing government approval processes, and could start up as early as 2023.

Facebook
Twitter
Pinterest
WhatsApp
Linkedin
Email
Telegram
Previous articleGuyana’s share of Liza crude to be traded at around minus $1.50/b versus Dated Brent
Next articleBP halts output at North Sea ETAP platform after power failure