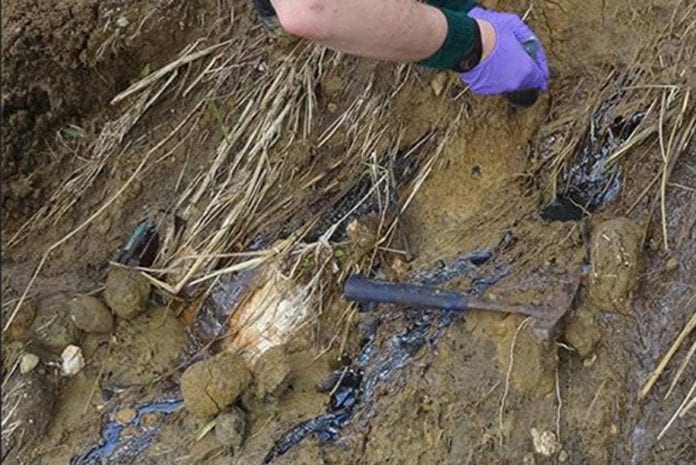 (Jamaica Observer) Tests carried out by two separate independent laboratories have confirmed that an oil seep identified in 2018 by the Petroleum Corporation of Jamaica (PCJ) is the island’s third onshore live oil seep.

PCJ said in a release yesterday that while the seep offers no commercial prospects, the discovery strengthens the emerging data which shows that Jamaica has a working petroleum system that is generating and expelling hydrocarbons to the surface.

“The discovery of this seep has moved the number of confirmed hydrocarbon seeps from one gas seep to a total of five oil and gas seeps, both on and offshore, in 2019,” the release said.

The country’s most well-known gas seep, the Windsor Gas seep, has been gently bubbling since the 1900’s, however, PCJ, in partnership with CGG GeoConsulting, found two live oil seeps onshore in 2016.

Following this, the first offshore live oil seep was discovered by Tullow Oil in February 2017. Recently, PCJ identified an additional live oil seep onshore with the assistance of a citizen who contacted the corporation to investigate an “oily substance” found on her farm.

Preliminary geochemical analyses undertaken by the PCJ confirmed that the newest seep apparently originates from a source rock from the Jurassic geological period, which was approximately 160 million years ago, making it older than any rocks found on or offshore Jamaica to date, the release said.

“This new oil seep is one of the oldest located within Jamaica in terms of oil family age. It further suggests that these source rocks and older oils identified in Jamaica have similarities to similar aged oils from Belize. The affirmation of this 2019 oil seep challenges the previous geological evolution of Jamaica and has identified a new oil family for exploration activity,” the release said.

Jamaica government urged to get out of the refinery business