OilNOWLatest News and Information from the Oil and Gas sector in Guyana
More
FeaturedNews
Updated: September 12, 2022 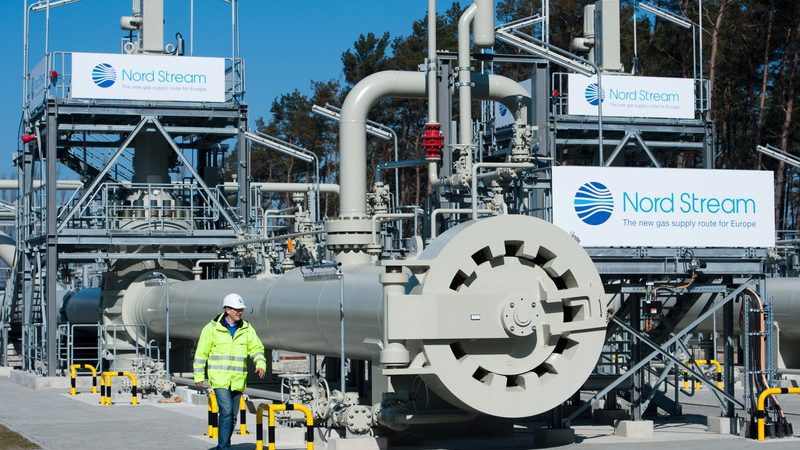 With tensions remaining high with its European neighbours, Russia has halted all gas exports through Nord Stream 1, the gas pipeline that supports the continent, for an indefinite period.

While Russia exported close to 350 million cubic meters per day (MMcmd) of natural gas to Western Europe through its main export routes, this was cut 89% year-on-year.

According to Rystad Energy, this means a risk of very high prices and uncertainty over energy balances for a continent already saddled with price volatility since the Russia-Ukraine war began.

The Norwegian energy intelligence firm said power spot prices across Western Europe have climbed to unparalleled levels: daily average prices have traded above €600 (US$599) per megawatt-hour (MWh) in Germany and above €700 per MWh in France, with peak-hour spikes as high as €1,500 per MWh.

These prices are not only due to the natural gas shortfall. There are also nuclear outages, low hydropower generation and coal supply disruptions because of drought.

Faced with this, the European Commission is exploring alternatives to limit the impact of extreme prices for end users. Rystad Energy said that Europe faces a series of unenviable options – from cutting power to industry to rolling blackouts for consumers. It explained that EU member states in August committed to reducing gas demand by 15% through March next year.

But Rystad Energy sees European utilities struggling to reduce their dependence on gas, noting that gas-power has actually climbed as a result of recent challenges.

“Nuclear and hydropower generation in the EU have dropped 14% and 25% year-on-year, respectively, erasing 110 terawatt-hours (TWh) of electricity supply from the grid,” Rystad said. “This has been compensated by higher wind, coal, solar and gas generation. Overall, gas-power generation has grown 6% year-on-year to reach 39.1 TWh in July.”

US, Norway, Guyana, and Angola were biggest suppliers of additional crude to UK in June

With electricity consumption in December normally being 25% higher than in July, Western Europe is in a tight spot. According to Rystad Energy, Russia has stated that flows will not resume in full from Nord Stream 1 until sanctions – imposed as a result of the war – are lifted. This translates to a high risk that Europe may have to go without Nord Stream 1 for the whole winter. Will Europe be able to get through the long night without it?