OilNOWLatest News and Information from the Oil and Gas sector in Guyana
More
FeaturedNewsRegional
Updated: December 12, 2019 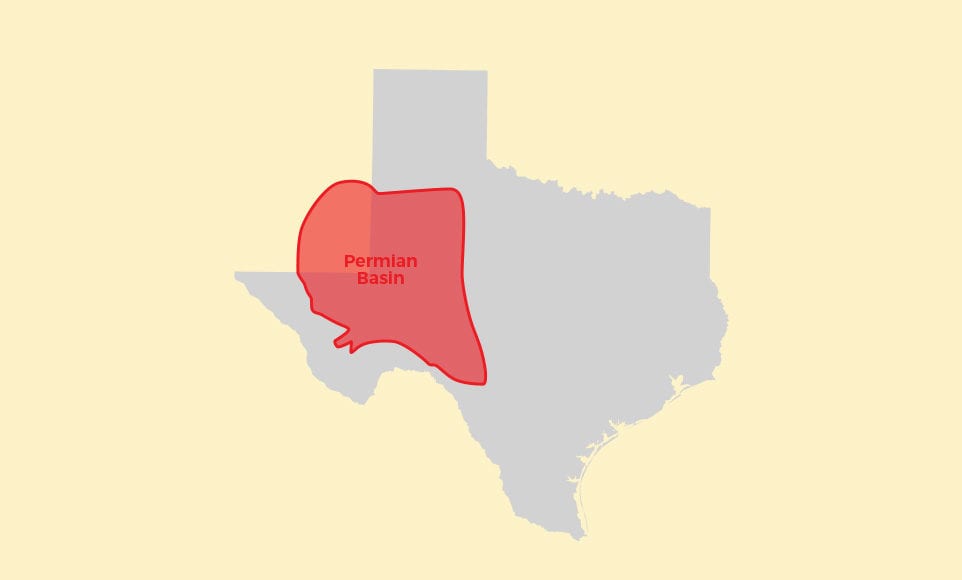 Oil and gas operators in the Permian Basin, the most prolific hydrocarbon resource basin in North America, will have to drill substantially more wells just to maintain current production levels and even more to grow production, owing to the high level of recent growth, according to an analysis by IHS Markit.

Data from the new IHS Markit Automated Well Forecasting Technology showed that the base decline rate of the more than 150,000 producing oil and gas wells in the Permian Basin has “increased dramatically” since 2010. The surge in shale drilling and output in recent years has been accelerating that inherent production decline because newer, younger wells decline much faster than older wells.

“Base decline” is calculated by identifying the actual or forecasted production of all the wells onstream at the start of the year, then tracking their cumulative decline by the end of the year. Understanding those base declines is critical for engineers/operators who must determine what level of drilling and production targets must be achieved for their company to grow production, and hopefully, maintain performance and provide returns to investors.

“Base decline is the volume that oil and gas producers need to add from new wells just to stay where they are—it is the speed of the treadmill,” said Raoul LeBlanc, vice president of Unconventional Oil and Gas at IHS Markit. “Because of the large increases of recent years, the base decline production rate for the Permian Basin has increased dramatically, and we expect those declines to continue to accelerate. As a result, it is going to be challenging, especially for some companies with cash constraints, just to keep production flat.”

The new IHS Markit production outlook expects total U.S. oil production growth to flatten by 2021 due to a major slowdown in growth from U.S. shale. The new IHS Markit outlook for oil market fundamentals for 2019-2021 expects total U.S. production growth to be 440,000 barrels per day in 2020 before essentially flattening out in 2021. Modest growth is expected to resume in 2022. But those volumes would still be in stark contrast to the boom levels of recent years, LeBlanc said.

“Unless intentionally choked back, new, individual unconventional wells decline very rapidly, often 65% to 85% in the first year, so companies with many young wells in their inventory see significant declines in production compared to companies with a balance of younger and older wells,” LeBlanc said. “However, these high initial decline rates of individual shale wells become shallower over time, with older wells showing annual declines of 20% or less. So, the key here is that older wells in an operator’s inventory help offset the rapid declines of newer wells.”

Companies with the highest growth in recent years have the steepest base decline rates, and vice versa. The challenge of base declines is, therefore, different for each operator, depending on multiple factors, but especially on the decisions the firm has made concerning production growth and capital allocation, IHS Markit said.

“Now that capital markets have closed for many companies and investors are requiring returns, a critical objective for these companies is to slow production growth, significantly moderating their base declines,” LeBlanc said.