OilNOWLatest News and Information from the Oil and Gas sector in Guyana
More
FeaturedNewsRegional
Updated: May 2, 2018

Petrobras chips away at debt with asset sales 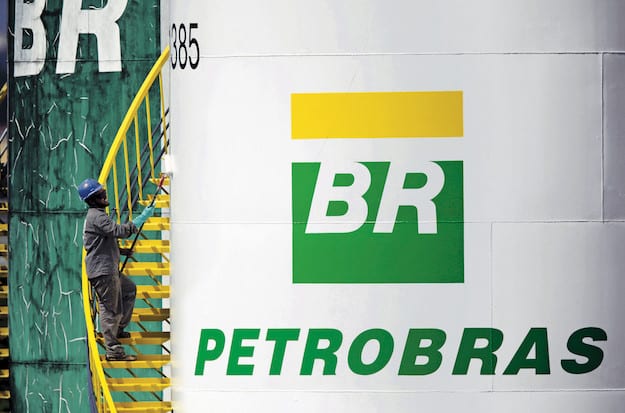 (Hart Energy) Brazil’s Petrobras intends to raise US$21 billion with the sale of assets by the end of this year, according to its 2018-2022 business plan, as the company works to lower debt while carrying out activities, mainly in the presalt.

Petrobras raised $4.5 billion, less than half of 2018 plan, through the sale of assets in 2017. The company’s strategic partnership with Norway’s Statoil on the sale of part of the Campos Basin’s Roncador Field, generating $2.9 billion, was seen as the most profitable divestment made by the Brazilian major in 2017.

According to Petrobras, divestment is one of the best ways for the company to reduce its giant debt—which stands at $84.9 billion—and acquire necessary resources to invest in its core ultradeep water and presalt activities.

In March 2018 the operator announced its 2017 financial results, reporting a loss of 446 million Brazilian reais (US$131.18 million). Although this loss can be seen as small compared to losses seen in previous years, this result was not very encouraging.

“Surely, these numbers highlight the following problem. The pace of Petrobras’ financial adjustment is very important,” said Edmar Almeida, an oil and gas consultant and Rio de Janeiro Federal University professor. “The more it takes for Petrobras to meet its financial restructuring process, the more its creditors will benefit at cost to its shareholders, including Brazil’s government.”

Petrobras’ strategy to reduce its debt relies on a strong restructuring plan through an ambitious divestment program. In 2015 Petrobras announced the sale of assets, looking to raise $57.7 billion by 2019. However, the Brazilian major has raised only 31.7%—or $18.3 billion—of the total from 2015 to 2017. Currently, Petrobras’ plan includes divesting stake in 105 oil fields, mostly onshore fields.

Petrobras remains the most indebted oil company in the world, but it also has the greatest potential to increase oil output, Almeida said.

“The cost of debt paid by Petrobras is roughly US$5 billion/year more than what is paid by other majors. With this value the operator could hire an FPSO for the presalt activities, increasing its output by 650,000 oil barrels per day on average,” Almeida said. “In other words Petrobras’ giant debt jeopardizes its growth potential very significantly.”

“One of these problems was seen when the process of selling Petrobras assets was delayed by the Brazilian Court of Audit between 2015 and 2017. After many controversies between Petrobras and TCU [Brazil’s Federal Court of Accounts], an agreement was reached and the operator’s divestment plan was resumed in March 2017,” he said.

To change this scenario the Brazilian government has been working to make the country’s energy market more business friendly for investors who want to acquire oil and gas assets in the country. On April 26 Brazil’s President Michel Temer issued a decree aiming to provide legal security for buyers interested in acquiring assets offered in Petrobras’ divestment plan.

The main points of the decree are to:

“Petrobras’ adjustment process does not only depend on the company’s strategies. It is crucial that Brazil’s government principles be aware of the importance of the rapid recovery of the state-owned oil company,” Almeida said. “The longer the delay in reducing Petrobras’ debt, the greater the delay in taking advantage of the presalt’s economic potential.”

Assets to be sold in Petrobras’ divestment plan include: