OilNOWLatest News and Information from the Oil and Gas sector in Guyana
More
FeaturedNewsRegional
Updated: November 26, 2022 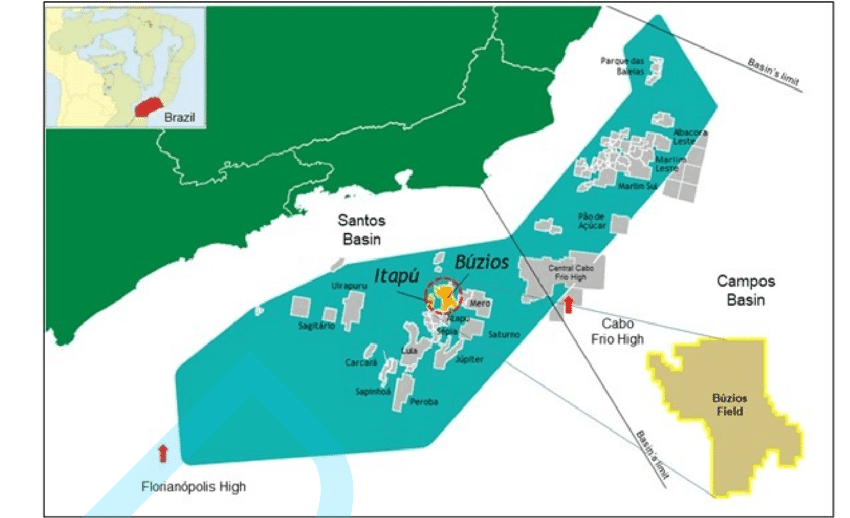 Petrobras copped a US$1.9 billion (R$10.3 billion) payment after selling a 5% stake of the Buzios Field, in the pre-salt of the Santos Basin to China’s CNOOC Petroleum.

The amount already includes the adjustments provided for in the contract, after compliance with all the preceding conditions.

Petrobras will now hold an 85% stake in the Buzios Field while CNOOC’s Brazil affiliate – CBPL will hold 10% and CNODC Brasil Petroleo e Gas (CNODC) will hold 5%.

Fifth floater for Brazil’s Buzios field on its way | OilNOW

The completion of the transaction is subject to the signing of the Term Additive to the Production Sharing Agreement by the Ministry of Mines and Energy (MME).

The Búzios Field is one of the largest deepwater oil acreages located within the Cessão Onerosa region of the pre-salt Santos Basin, offshore Brazil. The offshore field covers an area of 416 km² and is situated approximately 200 kilometers off the coast of Rio de Janeiro at water depths ranging between 1,600 meters and 2,100 meters.

The field produced 616,000 barrels of oil per day (bopd) in June 2022, which was the highest average monthly production volume since April 2018. Petrobras aims to produce more than two million barrels of oil equivalent per day (boepd) from the field by 2030.