OilNOWLatest News and Information from the Oil and Gas sector in Guyana
More
FeaturedNews
Updated: May 9, 2020 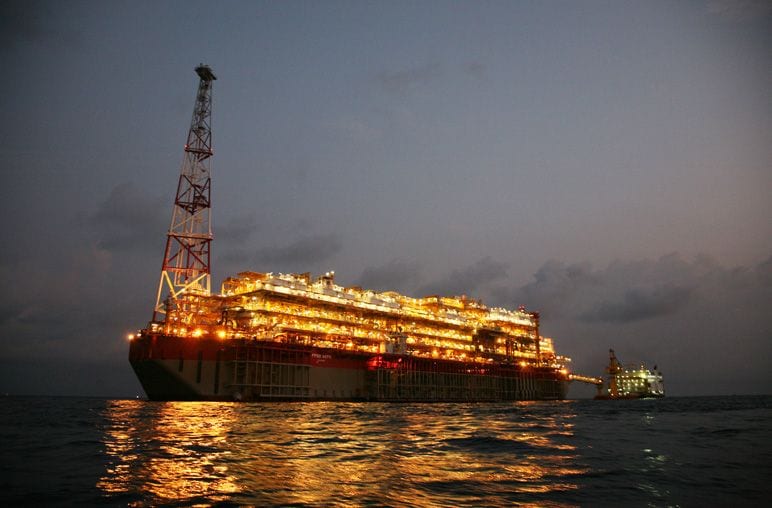 The swift oil price crash caused by the COVID-19 pandemic will reduce the combined free cash flow of FPSO fields, which have produced above three quarters of their original resources at just $2.20 per barrel this year. This is a jaw-dropping decline from 2019’s $11.10 per barrel, a Rystad Energy impact analysis reveals.

Rystad Energy also estimates that 40% of the 96 assets which have produced more than 75% of their original resources will end 2020 with a negative cash flow.

The Norway-based energy research and business intelligence company said given its base case oil price outlook, with prices recovering next year and into 2022, free cash flow will climb back to 2019 levels. However, as these mature fields see production stagnate, free cash flow will quickly return to a decline, ultimately threatening the profitability of many FPSO assets.

“A concern arising for operators is whether the profitability of producing fields will degrade to such an extent that prematurely shutting down ageing fields will prove to be the most rational decision,” says Aleksander Erstad, a Rystad Energy energy service analyst.

Field economics alone are causing headaches for many FPSO operators, but other challenges might also compound the problems, Rystad Energy said.

Unplanned production shut-ins on FPSOs due to COVID-19 outbreaks have already occurred and continue to be a risk that could seriously harm both the health of individuals and the field’s profitability. Some FPSOs are also the target of supply cuts, a factor which could add to other woes and result in several late producing FPSOs being shut down for good. 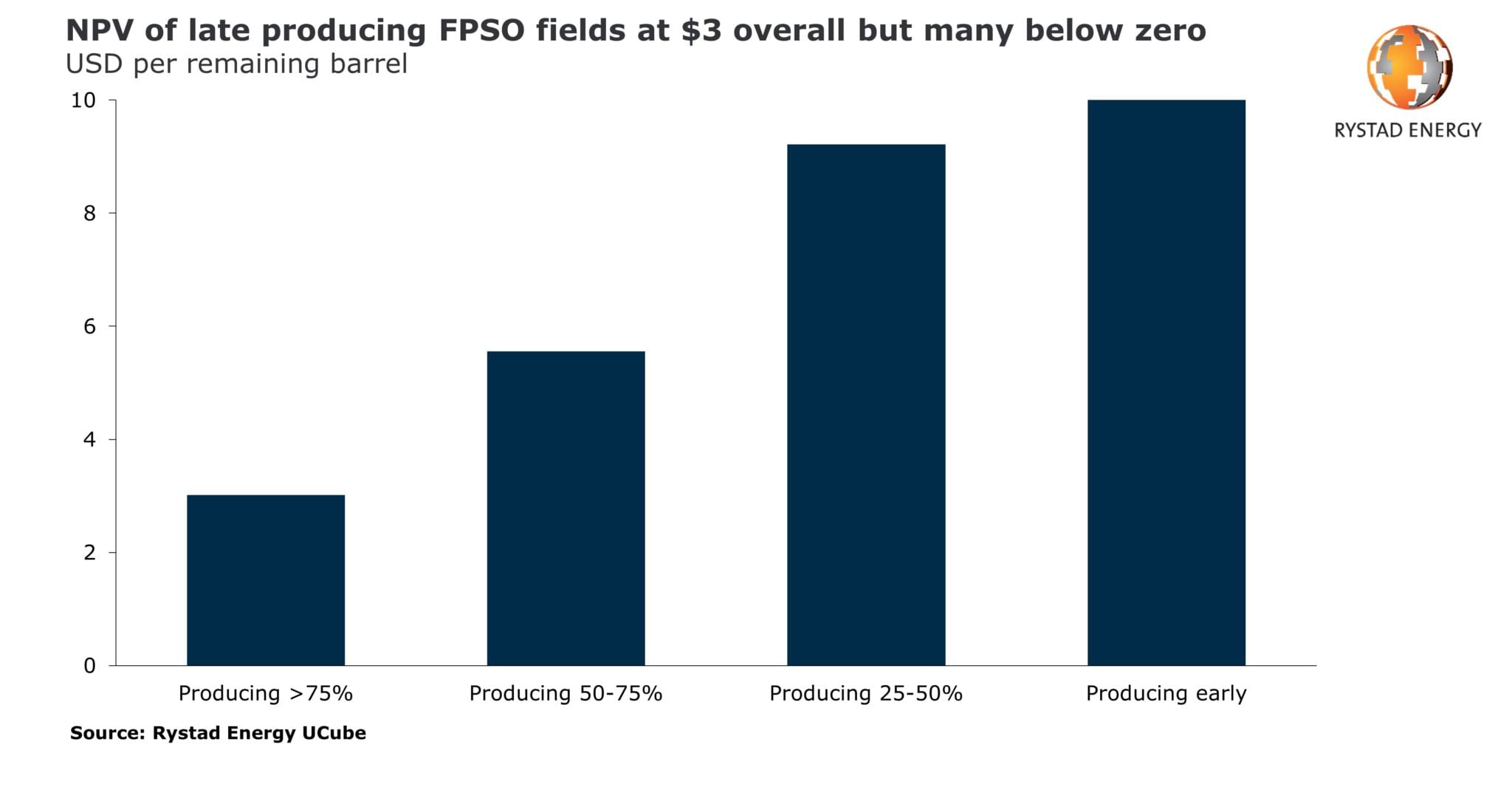 Fields utilizing leased FPSOs are in the worst position, with around 70% of late producing assets estimated to have net present values below zero. This puts not only operators in an uncomfortable position, but also FPSO suppliers, who are faced with two possible outcomes – none of which are favorable.

FPSO contracts can be renegotiated for a lower day-rate in order to bring lease OPEX down, thereby improving the field’s net present value (NPV). Or, in the worst case, lease contracts can be terminated early.

Current dire market conditions mean that upcoming FPSO sanctioning is at a minimum, and few opportunities remain for FPSO suppliers to find new work and redeploy their vessels. This essentially forces suppliers to accept a day-rate reduction in order to keep their vessels working.

Rystad Energy said the NPV for late producing fields with leased FPSOs is currently estimated at -$2.90 per remaining barrel, while the overall figure for all FPSOs stands at $3 per remaining barrel. Although positive overall, our analysis of the 96 FPSO fields that have already produced more than 75% of their original resources shows that 30%-40% of those are estimated to have negative NPV.