OilNOWLatest News and Information from the Oil and Gas sector in Guyana
More
FeaturedOpinions
Updated: June 13, 2017 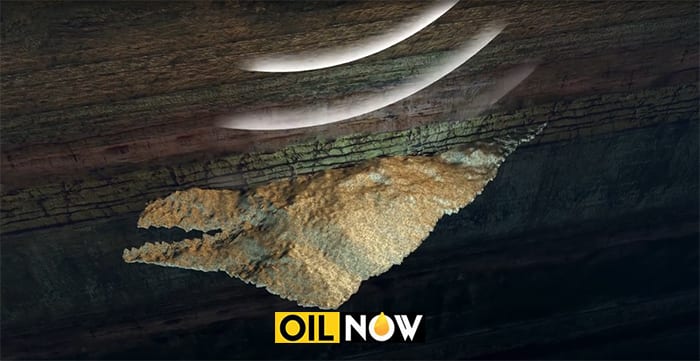 There are two methods of contracting: bilateral negotiation and competitive bidding. When a contract is negotiated bilaterally, the firm, usually a multinational (such as ExxonMobil), approaches (or is approached) by a country’s government in order to obtain a concession for exploration, development, and export of a mineral deposit.

Traditionally the contract is then granted in exchange for a royalty payment from the company to the government. These agreements are often regarded as one-sided in favour of the private contractor who obtains broad rights and control over mineral reserves as well as over production levels (assuming minerals are discovered). This imbalance can for instance be attributed to a lack of information possessed by government representatives and the difficulty of achieving alternative means of finance for the purpose of exploration. A modification of the process of private negotiation is a model contract which outlines the basic terms of an agreement and thus serves as a kind of first offer. A model contract might for example specify that the firm has to pay a royalty but the size of the royalty is negotiable. The model contract for production-sharing agreements in Abu Dhabi for instance leaves open the payment of various bonuses, royalty, and other financial incentives as well as acreage and the number of wells to be drilled. One effect of formulating model contracts is that they are widely publicised and thus available to potential partners, and to other countries. Whether this publicity is desirable, and whom it benefits will be discussed later in the context of production-sharing agreements.

Frequently contracts are negotiated between the foreign firm and the national oil company, rather than the government. The national oil company, NOC, has the power to negotiate either due to legislation and regulation or because it controls the mineral reserves. One can immediately think of three reasons why the national oil company should replace the government in negotiations with a foreign contractor. First, the NOC is likely to possess more and better information about the mineral deposit, the technology that is best suited for exploration, and the ability of the foreign company to conduct the required work. Second, the NOC might be perceived as being less politically motivated than the government. Third, given the usual goal of the NOC to eventually control the entire exploration and development activities in the domestic mineral sector, cooperation with foreign companies will involve nationals in the operations of the foreign company and thus increase their expertise.

In a bidding process applicants are usually required to meet certain standards in order to participate. The contract is then invariably awarded to a qualified bidder solely on the basis of competitive and sealed bids. The bidding may be based on royalties, bonus payments and so forth with the highest bidder receiving a contract whose terms are prescribed by legislation. As with private negotiation there is a modification to the pure form. Under a discretionary bidding system, the government has discretion when awarding a contract. Legislation usually provides little or no guidance for provisions that should be contained in a production licence but for each licensing round model clauses are prepared. The basis for awarding a licence is not a sealed bid but the applicant’s ability to comply with the goals sought to be achieved by the host government in any specific licensing round. This process is favoured by the UK with regard to granting licences for North Sea exploration and development. The rationale behind it is the realisation that the bidding can be misused by companies who put in a high bid without having the necessary expertise and/or equipment to conduct the required work.

As stated before, mineral resources are usually owned by the state which then decides whether development and exploration rights will be granted to publicly owned or private companies or a combination of the two. If a contract is signed with a private firm, be it foreign or domestic, three issues arise with regard to sovereign risk. First, can the government unilaterally enforce changes to the contract at a later date? Second, what is the likelihood of renationalisation or expropriation? Third, has the state relinquished its rights over its mineral resources for the duration of the contract? Examples of states attempting to regain control over their resources were single acts of expropriation in Iran (195lB53) and Mexico (1938), gradual expropriation through tax increases and forced relinquishments in Venezuela, and modifications to existing contracts in Saudi Arabia. In the case of Mexico expropriation led to an international boycott of Mexican oil, while Iran lured back foreign companies a few years after nationalisation because of its inability to market its oil. The only exception to the concept that mineral resources are owned by the state can be found in the USA.

Another way of shifting power and control can be illustrated by considering the history of ARAMCO, the Arabian-American Oil Company. ARAMCO was originally owned by four multinationals to hold concessions obtained from the King of Saudi Arabia. When in 1948 Saudi Arabia decided that its take was not adequate several rounds of negotiations started.

Dissatisfied with the royalty arrangements the Saudis finally achieved a 50/50 profit sharing in 1950. In addition, ARAMCO agreed to pay the local sovereign tax. Furthermore, under the new agreement the country was allowed to appoint two members to the board of directors. After the formation of OPEC, the idea of participation was discussed resulting in the Saudi government receiving a 25 percent stock interest in ARAMCO, a proportion which increased over time until the state became the sole shareholder.