OilNOWLatest News and Information from the Oil and Gas sector in Guyana
More
FeaturedNews
Updated: October 24, 2018 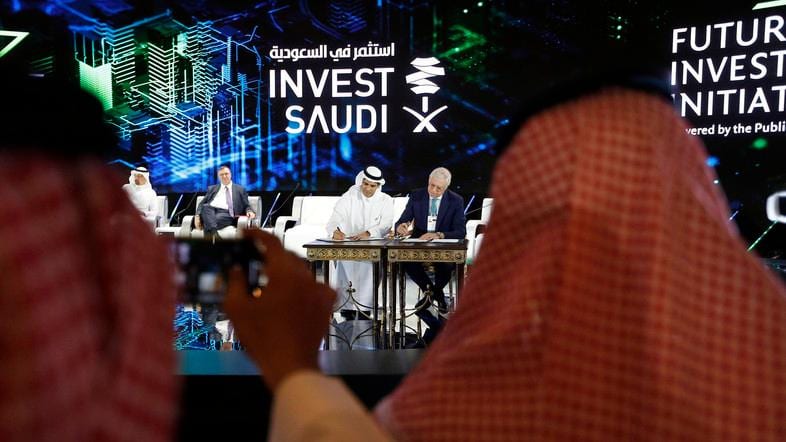 (Reuters) – Saudi Arabia signed deals worth more than $50 billion in oil, gas, infrastructure and other sectors at an investment conference in Riyadh on Tuesday, officials there said.

Details were announced at the Future Investment Initiative, held in Riyadh in the face of boycotts by Western political figures, international bankers and executives that were prompted by the killing of journalist Jamal Khashoggi.

Swiss-based Trafigura said it had signed a deal for a joint venture partnership with Riyadh-based Modern Mining Holding Co.

The multi-billion dollar venture would develop a copper, zinc and lead integrated smelting and refining complex in Ras Al-Khair Mineral City, Trafigura said. This was part of the Kingdom’s Vision 2030 to develop its mining sector and plug the “midstream”, it added.

Saudi Aramco said it had signed agreements with 15 international partners worth more than $34 billion.

The deals include an agreement to build an integrated petrochemical complex and downstream park in the second phase of the SATORP refinery, jointly held by Saudi Arabia’s Aramco and Total; and investments in retail petrol stations also by Aramco and Total.

Saudi Arabia’s transport minister signed an agreement for the second phase of the Haramain high-speed railway with a Spanish consortium, state television channel al-Ekhbariya said on its Twitter account.

Saudi officials at the conference said the total value of the deals announced there topped $50 billion.