OilNOWLatest News and Information from the Oil and Gas sector in Guyana
More
FeaturedNews
Updated: December 24, 2019 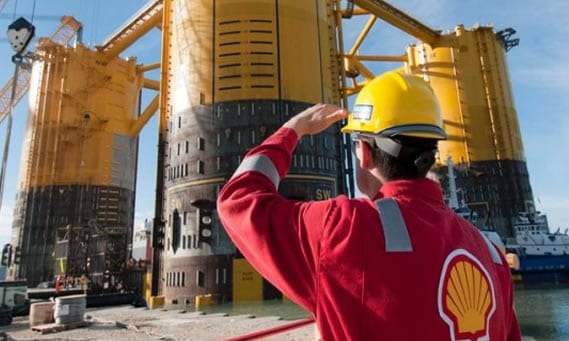 Following a series of meetings with bidders—including ExxonMobil, Hess, CNOOC, and Total among other big operators in the oil industry—for Guyana’s first three lifts of crude entitlement, Shell Western Supply and Trading Limited has emerged as the buyer.

Guyana’s first lift is expected in February 2020 according to a press statement issued by the Department of Energy (DE).

During a recent press conference, Director of the Department of Energy, Dr. Mark Bynoe had assured that a two-phased approach to lifting and marketing Guyana’s crude would be used.

This direct interaction with bidders was part of phase one—an introductory system—while an open market Request for Proposals (RFP) would be used in 2020. According to the Department, “This was necessary to allow, amongst other things, for adequate preparation in structuring and completing the RFP for marketing in early 2020.”

Dr. Bynoe had explained that the nine companies that were bidders were all International Oil Companies (IOC’s) with integrated upstream, midstream and downstream value chains, global refining footprints and experience in the introduction of new crude grades from and into multiple geographies.

According to the DE, “The interested parties submitted their proposals in writing and were subjected to a face to face meeting with the DE, in order to present the full scale of their capabilities. Companies were also required to lay out the details of their proposals. The face to face presentations, allowed for robust interrogation and lengthy clarifications and questions.  This was an integral part of the selection process…”

The selection of Shell was based on criteria including: competitive pricing that limits the Government’s exposure to market uncertainty; the size, scale and global reach of the Shell trading operations; the company’s high level of integration between Upstream, Trading and Downstream; and Shell’s strong foothold in the Latin American markets and the size and scale of their shipping and storage operations in the region, which allows for multiple options on the Liza crude commercialization.

“As 2020, dawns full of goodness and promise, the Department of Energy looks forward to introducing Guyana’s Liza grade into the market in a stable, structured manner with the result of a good market value for Guyana’s crude,” the press release stated.

As such, one of the determining factors was also Shell’s “willingness to share critical refinery information with the DE which Guyana needs in order to understand Liza crude behavior” and their “readiness to support the DE in operating these cargoes, while the DE is strengthening its structures and in-house crude commercialisation human resources.”