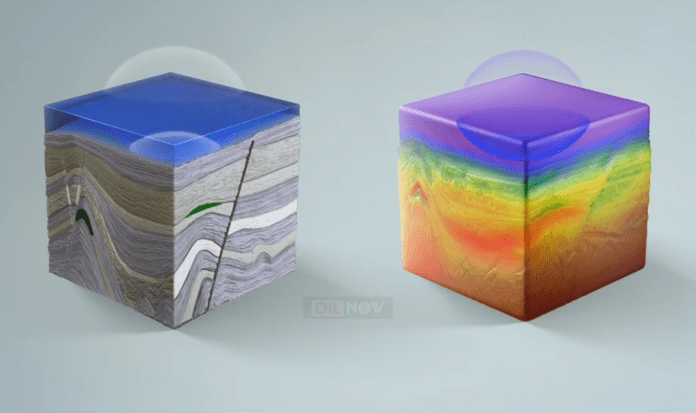 Nearly 50 years ago, ExxonMobil pioneered a technology called 3-D seismic imaging, which uses sound waves to form three-dimensional images of geologic formations. These images have become the industry standard for understanding subsurface geology and finding oil and gas deposits. Full Wavefield Inversion (FWI) is an integral part of the company’s exploration and development efforts and a signature part of its suite of seismic capabilities known as EMprise. Combined with supercomputing technology, FWI provides ExxonMobil’s geoscientists with unparalleled insights into subsurface geologic structures and the physical characteristics of rocks.

In announcing its 15th discovery at the Stabroek Block offshore Guyana on Monday, the US oil major said the use of advance technology has played an integral role in its success in the South American country where it has so far found more than 6 billion barrels of oil equivalent.

“New discoveries in this world-class basin have the potential to support additional developments,” said Mike Cousins, senior vice president of exploration and new ventures at ExxonMobil. “Our proprietary full-wave seismic inversion technology continues to help us better define our discovered resource and move rapidly to the development phase.”

In the past, the industry could only utilize a portion of the data recorded in 3-D seismic surveys due to the high complexity of the seismic waves and the sheer quantity of data. Now, FWI, ExxonMobil says, has provided it with the ability to better leverage all of the data from a seismic survey to produce high-definition images of the subsurface.

Specifically, FWI enables the company to more accurately map geologic structures and determine with more certainty whether or not the rock may contain hydrocarbons. “In doing so, we can help make oil and gas resources easier to identify and target in exploration, development and production programs,” the company explained in an article describing the use of technology in exploration.

For fields where ExxonMobil is currently producing oil and gas, FWI is applied to time-lapse, or 4-D seismic surveys, to help map out remaining hydrocarbons. These capabilities can make resource development and production more efficient, less costly and more environmentally friendly through optimized drilling, the company pointed out.

“The improved imaging and reservoir characterization provided by FWI has quickly translated to improved results in the field. For example, high-resolution seismic images and models derived from our FWI technology were used to optimally target drilling and form an integral part of our ongoing activities in Guyana,” ExxonMobil said in the article.