OilNOWLatest News and Information from the Oil and Gas sector in Guyana
More
FeaturedNews
Updated: April 15, 2022 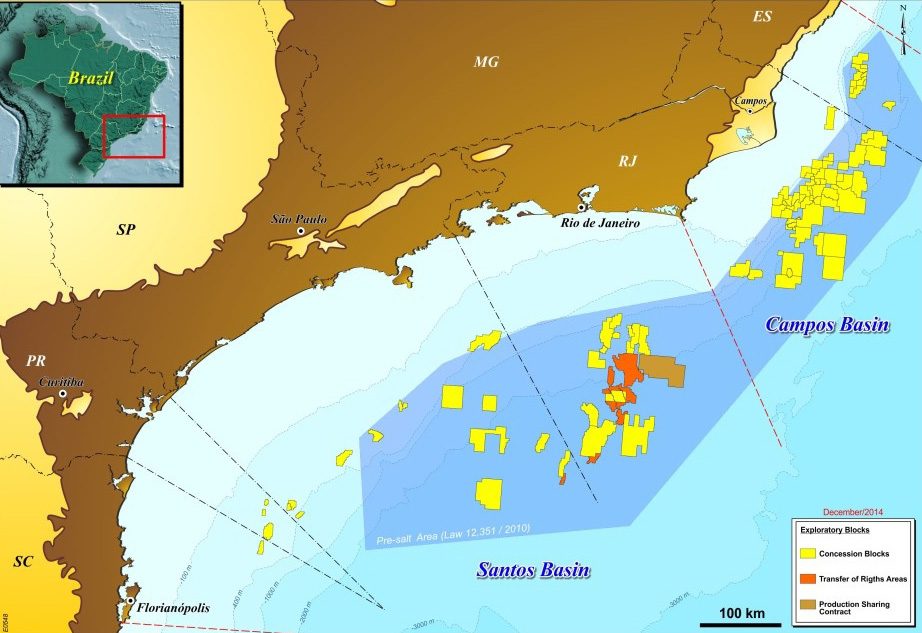 The public bidding session of the 3rd Cycle of the Open Acreage in the Concession Model was reportedly held on Wednesday by Brazil’s National Petroleum Agency, Natural Gas and Biofuels (ANP), and saw 13 companies acquiring blocks, an official release said.

A total of 59 exploration blocks were bought in six basins with signature bonuses amounting to R$422.4 million – a premium of 854.84 percent – that will see investments of some R$406.3 million in just the exploration phase.

Director of Exploration at Shell Brasil, Manoela Lopes stated that the auction was a huge milestone for its focus in Brazil, that accounts for around 13 percent of Shell’s global oil and gas production. And with the blocks acquired, Shell Brazil is said to now hold more than 30 oil and gas contracts in the country.

“This new area further expands our portfolio in Brazil, where we have been acting as operators since the beginning of the 21st century,” she reportedly said.

“First, we obtained record collections in Open Acreage cycles, which consolidates this model as the main form of bidding areas for exploration and production of oil and natural gas,”

Saboia said.“We also achieved a record in the number of blocks awarded in this model, adding 7,855 km² of exploratory area and more importantly, we achieved record minimum investment commitments; these investments will result in economic activity, employment and income for Brazilians.”

Due to the diversity of the blocks acquired, ANP highlighted that investment will bloom in six Brazilian states – Rio Grande do Norte, Alagoas, Bahia, Espírito Santo, Santa Catarina, and Paraná.

The Santos Basin is the largest offshore sedimentary basin in Brazil, ranging for a total area of over 350,000 square kilometers, all the way from Cabo Frio (state of Rio de Janeiro) to Florianopolis (state of Santa Catarina). The first investments in exploration and production studies for this basin date back to the 1970s.