OilNOWLatest News and Information from the Oil and Gas sector in Guyana
More
FeaturedNews
Updated: January 22, 2018 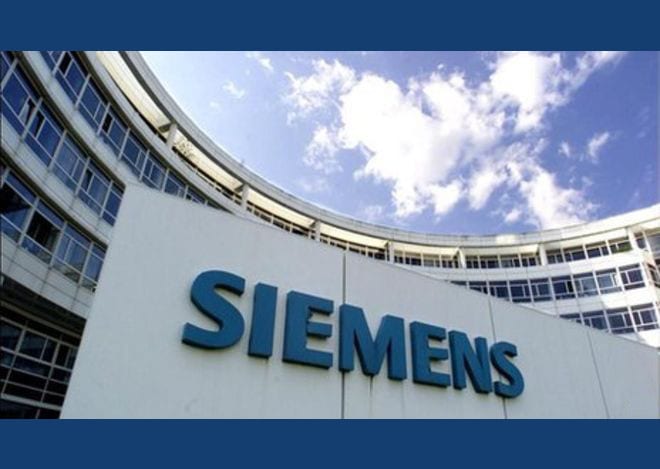 The South American country’s Minister of Natural Resources, Raphael Trotman, made the disclosure at a media engagement on January 15.  “…last night I got an email that the senior executive of Siemens, which is one of the largest companies in the world, will be flying in here on their own private jet and they want to meet an array of Ministers in two weeks’ time,” he said.

Seimens, according to its official website, is involved in the industry worldwide from drill pad to refinery through a spectrum of upstream, midstream and downstream technological innovations and solutions. Its array of oil and gas applications includes subsea operations, offshore drilling, offshore and onshore production, pipelines, LNG, storage and refining among others.

Mr. Trotman told media operatives that Siemens – boasting some 370,000 employees across 200 countries worldwide — is one of several large-scale companies now venturing towards Guyana looking for investment opportunities in its emerging O&G sector.

“We have had the head of Haliburton, one of the largest companies in the world, come here,” according to the Natural Resources Minister.

He said too that one of the companies which had initially pulled out of its exploration activities in Guyana have since come back to the table. “…Shell, which is one of the largest petroleum companies, was with Exxon on the Stabroek Block, and pulled out. Maybe regretting the day that it ever did that, it has signaled that it is willing to come back to Guyana.”

Speaking to the interest generated worldwide over the oil discoveries in Guyana since 2015, Mr. Trotman disclosed that neighbouring Trinidad and Tobago “is asking us to enter into a MoU (Memorandum of Understanding) with them for this oil.”

He said too, “requests have come from Azerbaijan, Qatar, from Saudi Arabia to Guyana to assist.”

The Minister also made reference to other countries that have expressed an interest in partnering in one way or another with Guyana in its emerging O&G sector such as Mexico and Brazil.

Commenting on the pessimistic outlook of some in Guyana about the country’s emerging petroleum industry, he asked, “how is it that we’re the only ones here who are not excited…but everywhere else …far and beyond, there is tremendous excitement about this petroleum flight and its prospects?”

ExxonMobil is one of several oil companies currently operating offshore Guyana, which, along with its joint venture partners Hess and CNOOC Nexen, represents the first group that has so far discovered oil, which to date, amounts to approximately 3.2 billion recoverable oil-equivalent barrels.