OilNOWLatest News and Information from the Oil and Gas sector in Guyana
More
FeaturedNews
Updated: August 16, 2022 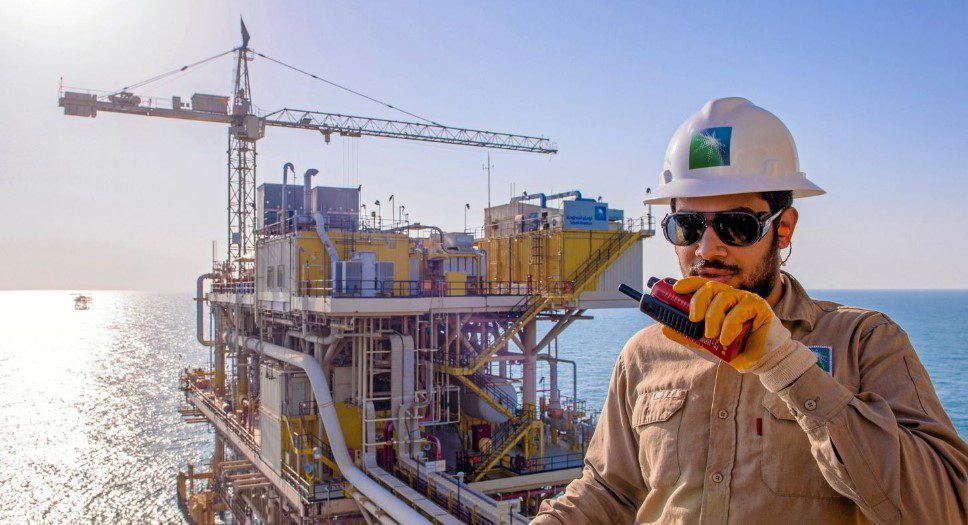 Saudi Aramco reaped the most benefits from the global energy crisis, raking in a record breaking US$48.4 billion in profits as the second quarter of 2022 closed.

That represents a 90% jump in quarterly profits – up from US$25.5 billion in 2021, Saudi Arabia’s state oil and gas company said in its recent earnings report. Its half year earnings reached nearly US$88 billion.

This year’s results set a new quarterly record for Saudi Aramco since its Initial Public Offering in 2019 and were primarily driven by higher crude oil prices and volumes sold, and higher refining margins, the company outlined. Saudi Arabia’s vast oil reserves are among the cheapest to produce in the world.

And its Chief Executive Officer (CEO), Amin H. Nasser said he does not expect oil demand to fall, despite downward economic pressures on short-term global forecasts.

Seven NOCs from Middle East, Russia and Venezuela own half the world’s remaining resources | OilNOW

“Our record second-quarter results reflect increasing demand for our products — particularly as a low-cost producer with one of the lowest upstream carbon intensities in the industry,” Nasser said in the company’s earnings report.

Though global market volatility and economic uncertainty remain, events during the first half of 2022 hammered home Saudi Aramco’s position that continuous investment into the oil and gas industry is essential — both to help ensure markets remain well supplied and to facilitate an orderly energy transition.

It said this increase was mainly driven by higher cash from operating activities. Return on average capital employed (ROACE) for the second quarter and half year ended June 30, 2022, was 31.3%, compared to 16.7% for the same periods in 2021, reflecting stronger crude oil prices and volumes sold, and improved downstream margins.

Saudi Aramco also reported an average hydrocarbon production of 13.6 million barrels of oil equivalent per day in the second quarter of 2022.

Facebook
Twitter
Pinterest
WhatsApp
Linkedin
Email
Telegram
Previous articleTime for Guyana’s stock exchange to take off?
Next articleGuyana has earned over US$1.2 billion since oil production started – nearly half its 2022 budget