OilNOWLatest News and Information from the Oil and Gas sector in Guyana
More
FeaturedNews
Updated: March 1, 2021 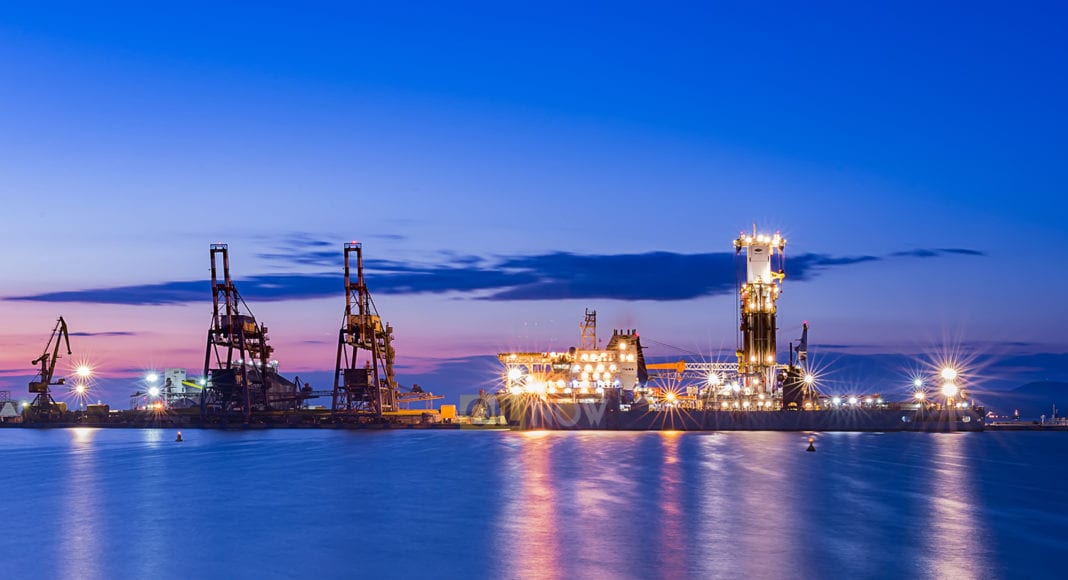 Some are calling it the last major hydrocarbon frontier while others see it as the Holy Grail of oil and gas. The Guyana Suriname Basin (GSB) has now become a major hotspot for petroleum exploration and production and is expected to continue providing multi-billion-barrel oil resources in the coming years, giving rise to competition among its neighbours.

“The Guyana Suriname Basin (GSB) is the Holy Grail of new oil province discoveries,” writes Professor Anthony T. Bryan in his latest OilNOW column. “Oil energy experts predict that during 2021 there will be a major increase in offshore drilling activity in the Southern Caribbean and northern South America led by Guyana, because of recent global increases in the price of crude, and because the oil and gas companies are searching for discoveries that can be quickly monetized for higher and faster returns.”

Indeed, exploration and production activities in the GBS will ramp up this year with ExxonMobil, operator at the prolific Stabroek block in Guyana, targeting 12 to 14 wells and adding two more drill ships to its fleet, with one – the Stena DrillMAX – already on location offshore.

In Suriname, there will be at least three floating rigs operating this year. Ultra-deepwater drillship Stena Forth commenced operations in late January on the GVN-1 exploration well for Tullow, while the ultra-deepwater semisub Maersk Developer is also on contract with Total, after it completed its one-well exploration contract with Petronas last year. The French oil major will also add a second Maersk rig, the drillship Maersk Valiant, in March as it looks to increase its drilling capabilities on Block 58.

The oil in the GSB is the fluid substance that motivates Trinidad, Venezuela, Guyana and Suriname to further explore and drill, says Professor Bryan. “They all want a piece of the action, and actions speak louder than words. Reputedly the government of T&T is approaching the responsible global maritime jurisdiction bodies for approval to push its Exclusive Economic Zone (EEZ) to the borders of the GSB. Suriname, although it is part of the GSB, intends to move its offshore exploration closer to the lucrative Stabroek fields of Guyana.  Venezuela not to be outdone, last year ordered the Venezuelan Navy to re-define the nation’s maritime boundaries and its EEZ.”

Former Trinidad and Tobago Energy Minister Kevin Ramnarine says Guyana is on an unprecedented growth trajectory that will see a rapid increase in aggregate demand for goods and services in the economy this decade.

“Deepwater exploration in Suriname in 2021 will be led by Total which has taken over operatorship of Block 58 from Apache. In 2020, Apache had three discoveries in Block 58. Total has contracted a drillship and a semi-submersible with Maersk,” he pointed out.

But the heightened activity in the GSB is not without risk, both on the exploration front and the need to fast-track projects so that governments and oil companies can reap maximum benefits, as the world hastens its move towards renewables.

“The challenge for finding more fossil fuels lie in global environmental opposition to big projects as in the GSB, and the growing competitiveness of alternatives like wind and solar power that are often the cheapest sources of new electricity generation and a major employer in many countries,” Professor Bryan says. “Oil and gas will be around for several decades. But even if there is industry ability to produce sweet crude and cleaner fuels in the transition toward a lower carbon world, will fossil fuels in the GSB and elsewhere eventually still become stranded assets?”

He said so far, the developments in Guyana have managed low breakeven points that should protect them even in a lower carbon world, but it will not be enough forever. “Guyana and Suriname must endeavor to use their new wealth in ways that prepare them for a more diverse economic future, or they run the risk of repeating Venezuela’s mistakes.”

Nevertheless, Offshore Rig Analyst, Hans Jacob Bassoe believes the GSB is still only at its early stages of oil exploration and production.

“As new large hydrocarbon discoveries are made the region is providing some much-needed, near-term demand for drillers in a challenging global market and, combined with Petrobras’ ramping up of Brazilian operations and continued success off Trinidad, South America has become a global hotspot for drillers and oil companies alike,” Bassoe said.