OilNOWLatest News and Information from the Oil and Gas sector in Guyana
More
FeaturedNews
Updated: January 12, 2020 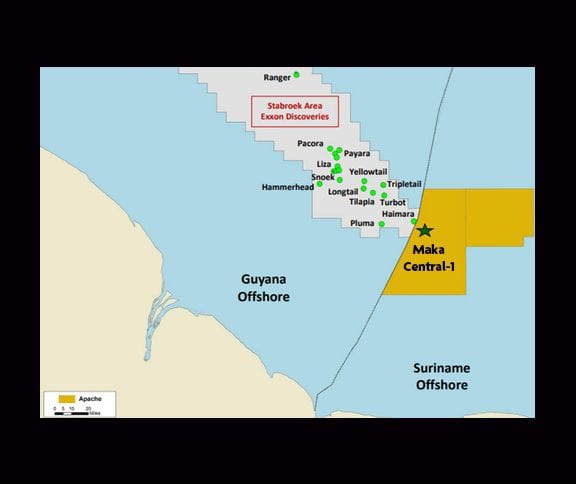 UK-based global energy consultancy group Wood Mackenzie says based on its estimate the discovery announced last week off the coast of Suriname could contain hundreds of millions of barrels of oil and over a trillion cubic feet of gas, making it a significant find that could place the South American country next in line for an oil boom.

This follows ExxonMobil’s discovery of more than 6 billion barrels of oil equivalent off the coast of Guyana since 2015, which WoodMac says has been the most significant exploration success of the past five years. The ExxonMobil-led consortium developing the Stabroek block also started production from its first wells there in December and is on course for its target of producing 750,000 barrels per day by 2025.

WoodMac says Suriname may well be on its way to follow Guyana into an oil boom with the Maka Central discovery, noting that there remains potential for further finds in the same block.

“We are very pleased with results from Maka Central-1. The well proves a working hydrocarbon system in the first two play types within Block 58 and confirms our geologic model with oil and condensate in shallower zones and oil in deeper zones,” John J. Christmann, Apache CEO and President said last week.