OilNOWLatest News and Information from the Oil and Gas sector in Guyana
More
FeaturedNewsRegional
Updated: July 13, 2022

T&T opens bid round; one nearshore, 10 onshore blocks up for grabs 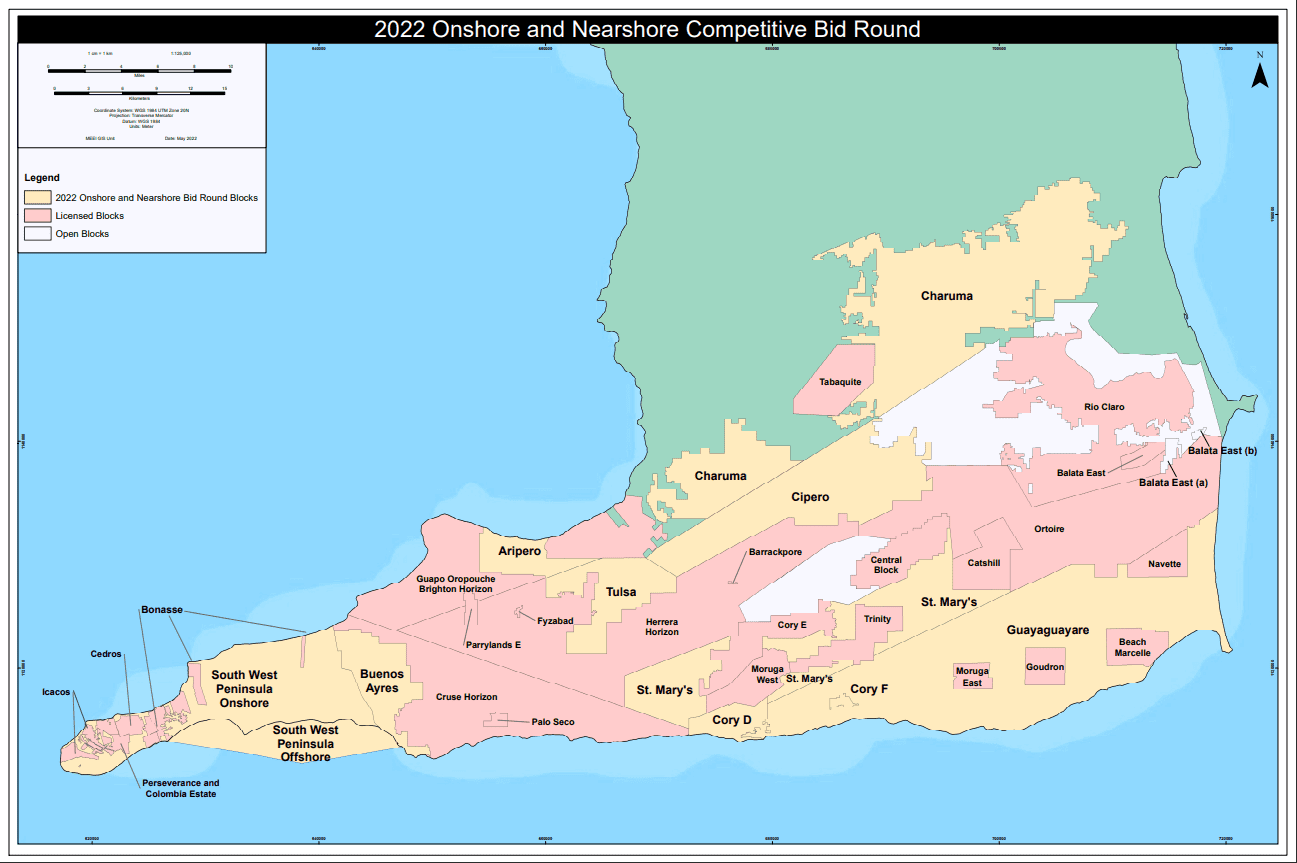 Trinidad and Tobago’s prime onshore and nearshore oil blocks are up for grabs as the twin-island republic launched a fresh competitive bid round, running up to January 9, 2023.

All interested bids must be submitted by that deadline.

The lone nearshore block, Southwest Peninsula Offshore, is located off the southern coast of Trinidad.

Guyana, T&T bid rounds could be hugely successful if key lessons are taken onboard, says advisor on energy | OilNOW

According to the Ministry, the 11 blocks will be governed by Exploration and Production Licences (E&Ps).

“The Model 2022 Exploration and Production Licence’ will ensure that operations are carried out to international standards, and that all parties receive a fair share of revenue generated by the extraction and disposal of crude oil and natural gas,” the Ministry said.

Trinidad has updated the Model E&P to reflect regulatory and economic changes in recent times.

With this bid round, the Ministry said that a state-owned entity “shall be given a participating interest in each block awarded.”

This also includes a carried interest for certain works, payments, and obligations.

The Ministry of Energy said it expects to make an award of the blocks in April 2023.

T&T’s last onshore competitive bid round was held back in 2013; three blocks were successfully awarded and those were Ortoire, Rio Claro and St. Mary’s.