Tanager-1 estimated to contain over 65 million barrels of oil 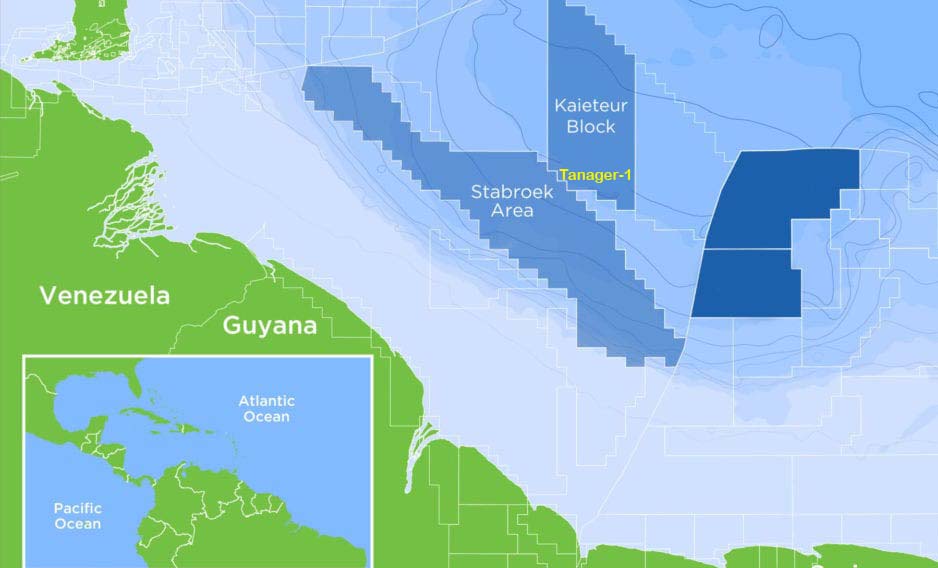 Tanager-1, one of the deepest wells ever to be drilled offshore Guyana, is estimated to contain around 65.3 million barrels (MMBBL) of oil as part of a ‘best estimate’ provided in a report compiled by consultants Netherland, Sewell & Associates Inc.

The estimated volumes include crude oil only. According to the report, these properties are not expected to produce commercial volumes of gas.

The Kaieteur Block and the off-block portion of the Tanager Discovery are covered by a 3-D seismic data set. The seismic data were acquired in 2017 by Polarcus Limited and final processing was completed in 2018. The report states that all seismic interpretation was performed on the prestack depth migrated data.

Tanager-1 is the first well to be drilled on the Kaieteur block. It reached a total depth of 7,633 metres. Evaluation of LWD, wireline logging and sampling data had confirmed 16 metres of net oil pay in high-quality sandstone reservoirs of Maastrichtian age. Preliminary evaluation of the fluid samples from the Maastrichtian reservoir indicated heavier oil than is reported from the Liza Phase I producing field crude assays. The discovery was deemed to be non-commercial as a standalone development, and the well was plugged and abandoned.

The Tanager-1 results confirm the continuance of a Cretaceous petroleum system and the Liza play fairway onto the Kaieteur Block, down dip from the prolific discoveries on the neighbouring ExxonMobil operated Stabroek Block.

It was announced on August 23 that the date for elective nomination of the second drill target on the Kaieteur block has been extended by seven months, to March 22, 2022. The original Kaieteur second well prospect nomination date was August 22, 2021, with any drilling consequent to this decision to commence within nine months of the nomination date.

The Kaieteur block is adjacent to the Stabroek Block which has delivered 22 substantial oil discoveries since 2015, with reported discovered recoverable resources exceeding 9 billion oil-equivalent barrels to date.