OilNOWLatest News and Information from the Oil and Gas sector in Guyana
More
FeaturedNews
Updated: April 26, 2022

From wellheads to pipelines, TechnipFMC is one of the leading technology providers in the traditional and new energies industry, delivering fully integrated products and services.

TechnipFMC established a presence in Guyana back in 2016 and six years later, on Tuesday, the company undertook a massive expansion, commissioning its new Guyana Service Base at Rome, McDoom, East Bank Demerara.

TechnipFMC’s President of Subsea, Jonathan Landes, said this move has “successfully transferred all activities done in Trinidad to Guyana”, as the Guyana Service Base achieved 100 percent operations.

“We are supporting the six rigs that are currently operating [in the Stabroek Block] as well as receiving, testing, and loading out all of the subsea hardware that is being installed,” he shared at the commissioning ceremony.

TechnipFMC already has 70 locals in its employ, pushing the Guyana government’s local content agenda with over 70 locally qualified suppliers working along with the company.

“We began investing and training the development of our local teams over five years ago, way in advance of demand, and we are going to be bringing on another 30 locals in the near future,” he outlined.

Landes reflected on the progress Guyana has made over a short period; progress he deemed “phenomenal” as the country continues to show massive growth potential. 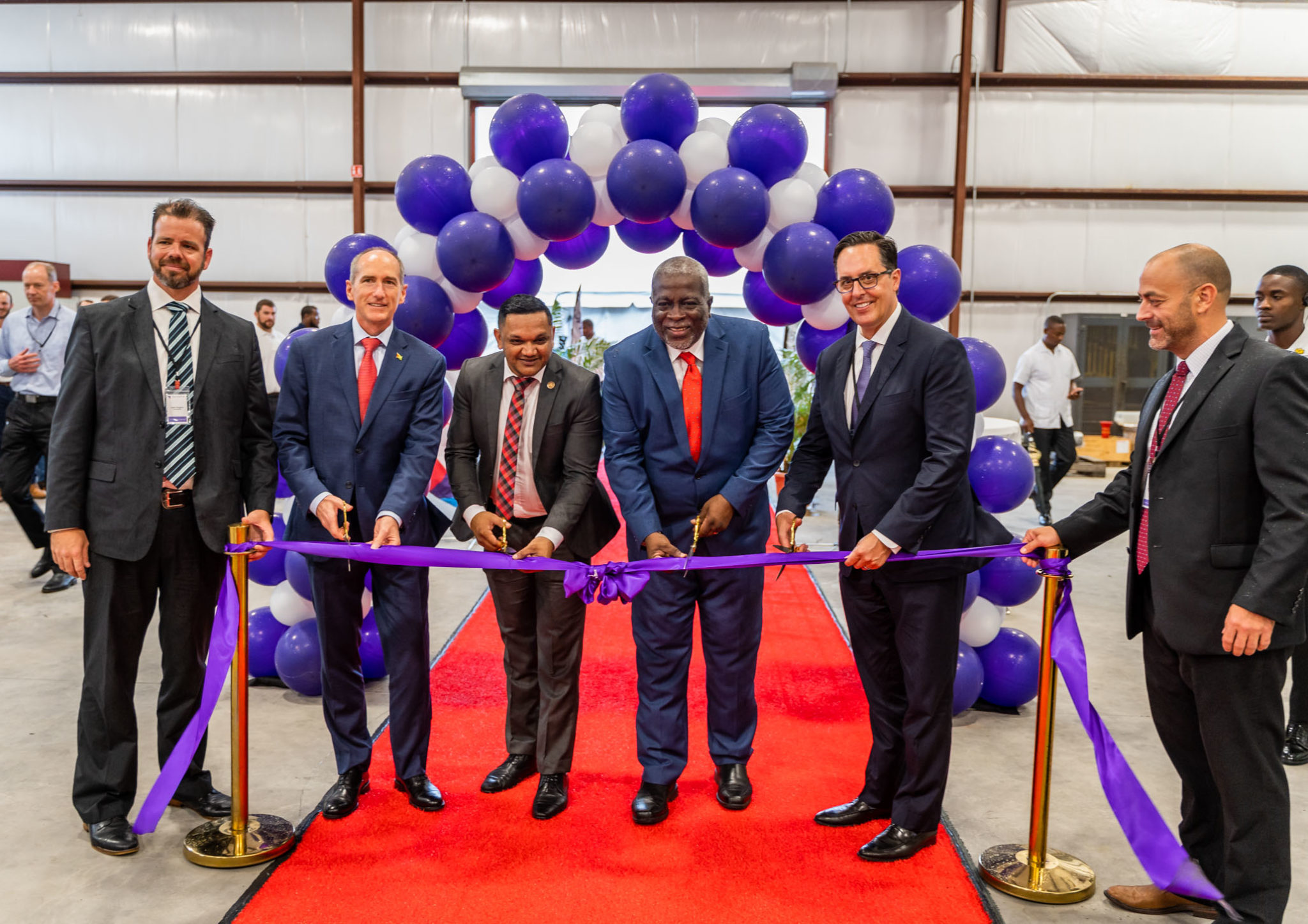 ExxonMobil Guyana President Alistair Routledge also shared similar sentiments. Because the South American country had little oil and gas infrastructure, the company was forced to rely “heavily” on the established Trinidad and Tobago.

But now, with companies like TechnipFMC “taking a risk to invest” in the new oil province, Routledge was happy to report that Guyana continues to improve and build out its infrastructure, with the new Guyana Service Base “a shining example.”

“TechnipFMC also brings to Guyana technology… that ability, that knowledge, that technology that they have developed and honed around the world and now able to bring to Guyana, along with the investment in the infrastructure and the people,” he continued.

Prime Minister, Brigadier (ret’d) Mark Phillips, who brought greetings on behalf of Guyana President Dr. Mohamed Irfaan Ali, congratulated TechnipFMC on the commissioning of the base.

“I look forward to more developments that will come from these and other shows of commitment to Guyana’s future growth and economic wellbeing,” he said.

The Guyana Service Base consists of a low bay, storage, and testing capabilities for both drilling and completion activities. The Base was expanded to support all current operations and future growth and opportunity in Guyana.

It was only back in November last year that TechnipFMC was awarded the contract to supply the subsea production system for the recently approved US$9 billion Yellowtail Development Project in the Stabroek Block.