OilNOWLatest News and Information from the Oil and Gas sector in Guyana
More
FeaturedOpinions
Updated: July 14, 2019

The development of a Guyanese energy spot market 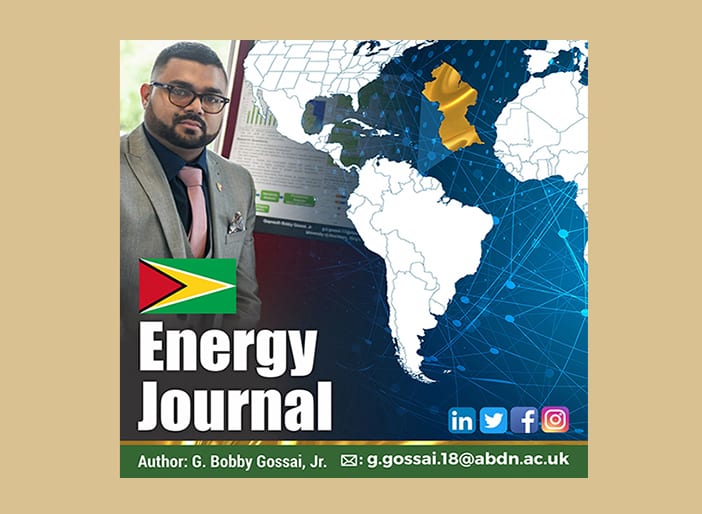 There is prima facie evidence to suggest that a utility company is characterised by allocative inefficiency in its charging policies. However, improvement depends less on privatisation per se than on the form of the privatised energy industry. This can be best illustrated by comparing two alternatives; one which is currently favoured by government and management, and one which would involve creating a market in the supply of energy.

The first approach transfers an existing monopoly from the public to the private sector. It releases the industry from departmental regulation and allows a more clear-cut specification of objectives. In principle, privatisation might re-orientate objectives towards profit maximisation, and this would provide incentives both to improved productive efficiency and to increased allocative efficiency by relating charges in different markets more closely to the different costs of supply. In practice these incentives are likely to prove extremely weak; the capital market pressures operating upon a privatised utility company are unlikely to be substantial and privatisation of the utility company in its present form would not increase the competitive incentives provided in the product market; it may even reduce them. Transferring a public monopoly into the private sector is therefore unlikely in itself to provide any significant improvement in performance. It may, however, maximise the proceeds from the asset sale; a point where financial considerations conflict with greater liberalisation.

The second approach attempts to isolate out natural monopoly elements of the energy industry from competitive ones. The industry would be divided into various independent companies for area distribution, with a further company operating the National Transmission System (NTS). Ownership of the existing contracts for the supply of energy to the utility company would also be separated. The second approach will enhance incentives both in the product market and in the capital market. A market for the purchase and sale of energy would be established between the producers of energy (the oil and gas companies) and the companies which supply energy to consumers. Direct market entry by the producers into the supply of energy to industrial customers would no longer be forestalled (as it is at present) by the company’s ownership of both the energy supply contracts (with their associated advantageous supply price terms) and the NTS. The creation of separate regional energy companies would increase the effectiveness of capital market incentives both by providing a sectoral benchmark for each company’s performance and by making take-over a more realistic proposition.

Nevertheless, even if the second approach is followed, the natural monopoly associated with the NTS and the regional distribution networks will provide the privatised companies with varying degrees of market power. Regulation is still likely to be required. Nonetheless, the second approach enables regulatory control to be focused on just those activities where monopoly power remains – that is the operation of the NTS and supply of energy to domestic customers. The potential adverse impact which regulation can have upon efficiency is therefore limited in scope. Furthermore, the second approach, by providing competing sources of information to the regulatory authority, is likely both to minimise the dangers of regulatory capture and to strengthen the capability of the regulatory authority to prevent overcapitalisation.

In summary, privatisation of the energy industry is likely to meet the government’s objective of improving efficiency only to the extent that it enables competitive incentives (both in the product market and in the capital market) to be significantly enhanced. This might be achieved. Nonetheless, it difficult to see any significant benefits flowing from the government’s proposals to privatise the utility company in its present structure.’ The consequences may even be adverse. And privatisation on this basis is likely to make the task of introducing competitive incentives in the future more, rather than less, difficult to put into practice. In an uncertain situation, a policy which keeps the options for competition open is much preferable to one which closes them off.

The growth of a natural energy market in the Guyanese economy is a radical innovation for the industry. Spot markets usually turns the oil industry inside out and will do the same for gas. Such a development seemed all but impossible to the energy industry experts, just a few years ago. Yet,

the role and likely forms of a spot market are now at the centre of the current industry debate about the design of a daily balancing regime to replace unitary management by a utility company (Roeber 1996).

From a broader perspective, energy is not so different from other commodities that it is exempt from the economic forces that drive the evolution of all other markets from the margin. It did not require brilliance to predict what was going to happen once the structure of supply began to break apart under pressure from the regulations. Still less would it have helped to have been deeply versed in energy. However, it would be useful to have an understanding of the history of other markets, metals and oil most of all. Energy is different but, when trying to come to a conclusion about the developments of a spot market, the observation is trivial: all markets and all commodities are different and this has never stopped them from evolving into new forms, the opposite of what the advocates of energy’s uniqueness believe. It is more important that one understand that in the role of price and futures markets, all markets are the same. This observation is not trivial because it indicates where energy markets may be headed. It is the balance between similarities and differences that will determine the shape of the energy market.

Four Stages in the Development of a Spot Market

No supply relationship is perfectly balanced. The buyer and seller can rarely adhere to their contractual volumes, and some flexibility is essential. The starting point for the growth of a spot market is, therefore, a trading opportunity generated by the need for short-term supplies to achieve physical balance. In Guyana, new entrants to the energy market in pursuit of large industrial consumers will set up new supply relationships, and a need for short-term balancing will emerge. Do not assume that there has been any change in the overall balancing requirements. Nevertheless, whereas they had been internal to the integrated energy supply system, they have now been externalised.

In the oil industry, by far the greatest part of the imbalances within the system will be handled, until the structural changes is triggered by the first price shock, by a combination of long-term structural supply arrangements and what may become an extremely complex network of long-term and short-term swaps between the main players (particularly between the majors). Any onset of price turbulence, which will allow for an integrated supply system and unequal to the job of managing supplies from the centre, should the spot market be fully developed.

All information is important, but prices are the lifeblood of a market. Tactically and strategically, traders endeavour to work from a higher information base than their counterparties and competitors. In a primitive market, they will do this by tirelessly combing the market looking for word-of mouth information (and artfully planting misinformation where they can). Nevertheless, as the need grows, the markets will be forced to become more efficient, mainly because primitive markets cannot handle the volumes. Price reporting services move in as soon as they see a market opportunity has shown with its spot energy price and market reports.

From providing the context of negotiation, price reports are drawn into a more active role in the contracts themselves. They begin to appear in price clauses. Energy buyers and sellers are familiar with complex escalators using price reports from other markets, and the move to energy-on-energy pricing should not be too difficult to accept, conceptually. It would be a major departure, but inevitable-for good economic reasons.

Volatile short-term prices present companies with risk. The development of oil markets has been dominated by the growth of paper, or derivatives, markets that have come into being to provide the means for managing price risk. It is probably not too soon to expect these to appear in the local energy market, but it is a prospect to look forward to in the medium to longer term with some confidence.

How would it happen? Based on experience with oil markets, expect some informal and unregulated trading in forward paper to be followed by the development of a futures market, as happened with the Brent market. Nonetheless, there is no reason why it must happen like this. A cleared market, of the sort being offered to the industry by the Intercontinental Exchange, would be very different sort of market from Brent and would lead to different developments. Forward markets, cleared or uncleared, are an appropriate development but not necessary; futures markets also grow directly out of spot markets, as has been the experience with other commodities. Hence, if the need for managing price risk is present, the capability for doing so will come into being. The local energy industry should be no stranger to this process.

What else is the price escalator in traditional contracts, but a risk management device? The four stages outlined above are not discrete. They overlap and merge with each other, as can be seen now. But they define the changes that will take place.