OilNOWLatest News and Information from the Oil and Gas sector in Guyana
More
FeaturedNews
Updated: May 11, 2021 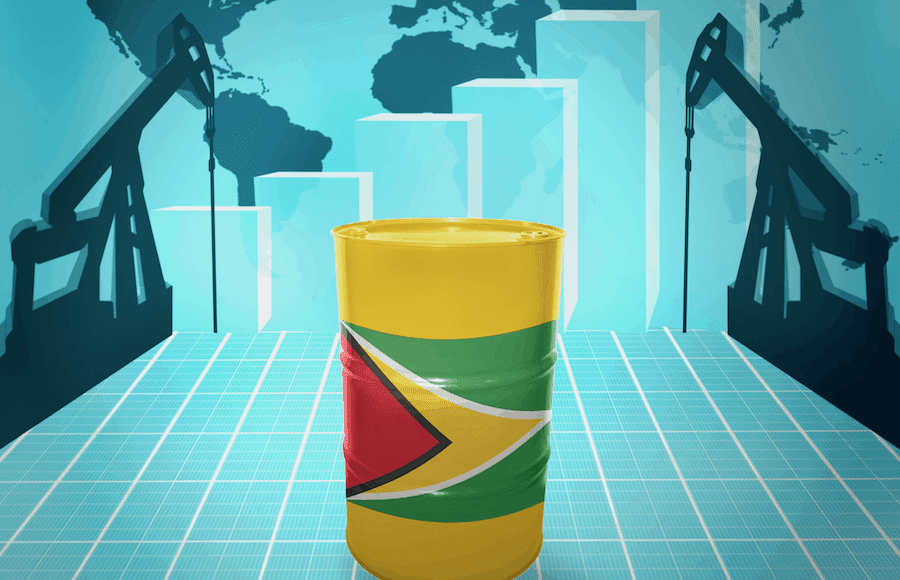 It is no longer a secret that Guyana is one of the most attractive investment opportunities in the world. The country has discovered 9 billion barrels of recoverable oil, and that is likely only half of its total recoverable oil. The country of 780,000 people, which borders Suriname, Venezuela and the northern part of Brazil, has also discovered an abundant amount of natural gas that will continue to sprout quickly.

In the beginning of March, the country’s first FPSO, the Liza Destiny, reached its nameplate capacity of 120,000 barrels per day (bpd). It is expected that six more oil platforms will be producing in Guyana by 2027, bringing the country’s total production to nearly one million bpd.

Despite having only one FPSO currently in production, the Guyanese government has admitted that is overwhelmed with trying to satisfy all the necessary offshore oil services. On March 16, during a Guyanese Oil and Gas panel held by the U.S. Department of Commerce, Vice President Bharrat Jagdeo recognized that the Guyana’s Department of Energy does not have the capacity to tackle the issues on its agenda. Albeit it is working on developing said capacity, the government is delaying the public tender of an offshore block, Block E, until they have more wiggle room. To handle the uptick in activity, the country still needs to find the optimal balance between foreign help and local resources.

The growth of the oil sector is also pouring into other areas of the Guyanese economy. In the transportation sector alone, the government has a pipeline of highway projects equivalent to U$1.5 billion, over 25% of the country’s 2019 GDP. Domestic and international bridges are also being developed to shorten supply chains and facilitate border crossings with neighboring countries. Guyana’s evolution has been second to none: it was the fastest growing economy in the world in 2020 with a 21% real GDP growth.

Nevertheless, unprecedent growth tends to be accompanied by unprecedent challenges. The first challenge is ensuring that that the oil monies accruing in the National Resource Fund are spent transparently and efficiently. The current PPP administration has criticized the structure set up by the previous APNU/AFC coalition, and has promised to overhaul the law that governs the fund. They aim to make the fund more independent from the government by reducing the influence of the Ministry of Finance in the spending of the monies. Despite the promising lip service, the decision to give the President’s office direct oversight over the Natural Resources and Finance ministries is counterproductive to their intended goal.

Within this same challenge, is the opportunity to use the oil monies to develop other sectors outside the oil & gas space, such as agriculture, mining, ecotourism and real estate. In fact, Guyana was rated as the number one ecotourism spot in the world by the ITB in Berlin, yet it is an unknown spot for many tourists.

Historically known for its gold, silver and bauxite mining, the Guyana shield is comparable to the rich mineral shield found in West Africa. However, most of Guyana’s land is currently underexplored and subject to contentious land disputes and small-scale informal mining that uses mercury. This newfound spotlight is Guyana’s opportunity to show what it has to offer outside the oil and gas sector.

The second major challenge is striking the right balance between local participation and an investor-friendly framework. Vice President Jadgeo, seen by many as the decision-maker in the administration, reiterated that the government’s philosophy is to share the newfound prosperity between investors and Guyanese citizens.

To ensure that local citizens partake in the development of the country, Guyana needs a local content policy with realistic targets that are simple and easy to enforce. An overly idealistic framework does not address Guyana’s capabilities on the ground, where it is struggling to meet the needs of one FPSO and has been forced to rely on Trinidad and Tobago for 70% of its shore-based services. The second FPSO, Liza Unity, is set to be operational by mid-2022, nearly tripling the country’s total oil production to 340,000 bpd. It is essential that the new local content rule be adjusted to represent a realistic growth trajectory for the local labor force without jeopardizing the key component of the law: ensuring Guyanese participation in the oil sector.

The recently released 2020 Guyana Labor Force Survey shows that 71% of the country’s employed population lives in rural regions and only 1% is employed in professional, scientific and technical services. These statistics reflect a population that has historically worked blue-collars jobs within the agricultural, fishing and mining industries outside of the capital city. To guarantee proper participation of Guyanese citizens in the oil boom in Georgetown, the government needs to invest heavily in developing technical secondary and post-secondary programs. The construction of the first Caribbean Marine and Off-Shore Training Institute, in the eastern part of the country, is a promising start and should provide accredited training to those that want to work in the oil industry.

Challenge #3: Keeping the interest in its oil flowing

The third, and final major challenge, is ensuring that Guyana’s oil continues to be a preferred investment target as the world undergoes an energy revolution. Guyana’s low breakeven costs, high quality crude, and relatively stable regulatory framework is particularly attractive for oil majors as they high-grade their assets and focus on decarbonizing their asset base. Hess, part of the Exxon-led Stabroek consortium, has reiterated its commitment to the country after finding that Guyana has even higher recovery rates and faster drilling results than previously expected. To sustain this investor momentum, the government must continue to provide an attractive regulatory framework, and a sensible local content rule, to make Guyana the most appealing fossil fuel investment opportunity in the world. 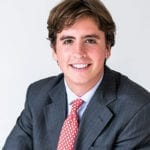 Arthur Deakin is Co-Director of AMI’s energy practice, where he oversees projects in oil & gas, solar, wind and hydrogen power, as well as battery storage and electric vehicles.

Arthur has led close to 50 Latin American energy market studies since 2016 and has project experience in over 20 jurisdictions in the Americas. He has also written and published over 20 articles related to the energy sector.