OilNOWLatest News and Information from the Oil and Gas sector in Guyana
More
FeaturedNews
Updated: October 13, 2020 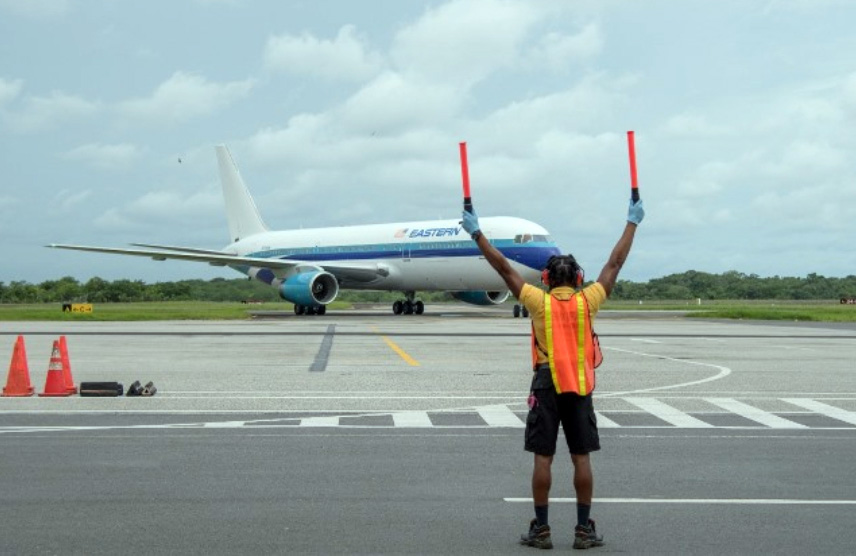 International air travel has been restored in the new oil producing South American country of Guyana after several months of lockdown due to the global pandemic. The move by the new government to reopen the country’s two international airports on Monday paves the way for visitors to travel to the new oil and gas hotspot which was already seeing an uptick in travel at the time the airports closed in March.

In a recent statement, Guyana’s President, Dr. Mohamed Irfaan Ali, expressed confidence in the advice provided by the relevant authorities that Guyana is “fully prepared and ready to operate in a manner which will ensure the safety of all who work there and pass through them.”

The President said while adhering to all safety protocols is paramount, it is equally important to keep the economy functioning and growing. He noted that striking a balance between the medical and socio-economic aspects of reopening the economy was pivotal in the decision to resume international flights.

“We have recently seen new studies showing that lockdown may not be the best way. What we have to do as leaders is to find the right balance and ensure that coming out of the pandemic, we do not head into severe economic recession,” Mr. Ali said. “We already have a situation where the economy has been affected tremendously. What we are doing is basically trying to find the balance while operating, managing and living in a COVID environment.”

The President said government will ensure that strong protocols and guidelines are developed and that these are adhered to.

According to a press release from the Office of the President, the decision to reopen the country’s airports was made just as the World Health Organisation (WHO) called for world leaders to stop locking down their countries and economies as the primary means of control of this virus.

On October 11, Dr. David Nabarro from the WHO appealed to world leaders, telling them to stop “using lockdowns as your primary control method” of the coronavirus. He said that the only thing lockdowns achieved was poverty. Dr. Nabarro said such restrictive measures should only be treated as a last resort.

“Lockdowns just have one consequence that you must never ever belittle, and that is making poor people an awful lot poorer,” he said.

Dr. Nabarro is a medical doctor who has made his career in the international civil service, working for the Secretary-General of the United Nations and the Director-General of the WHO.