OilNOWLatest News and Information from the Oil and Gas sector in Guyana
More
FeaturedNews
Updated: November 8, 2021 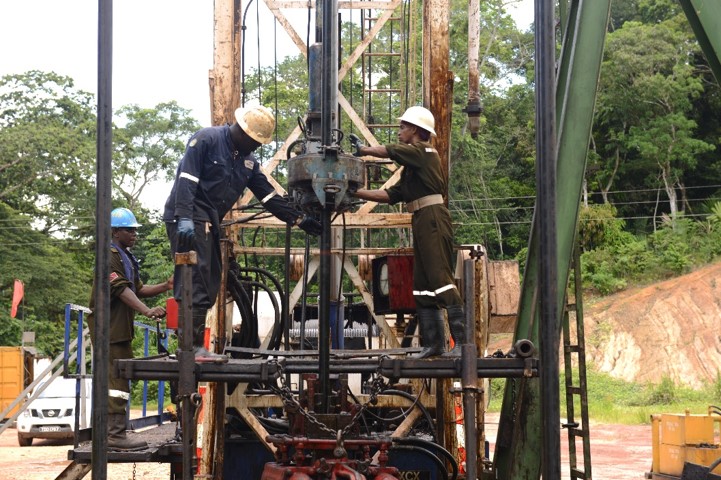 Touchstone Exploration Inc. on Monday announced the results of the first of three planned production tests at its Royston-1 exploration well which has confirmed a light oil discovery in the lowermost section of the well. The section tested was initially designed to establish the base of potential hydrocarbon, and this light oil discovery represents a new pool which has not been encountered in any of the regional offsetting wells.

The Royston-1 exploration well was spudded on August 12, 2021 and was drilled to a total depth of 10,700 feet. Touchstone has an 80 percent operating working interest in the well, which is located on the onshore Ortoire block on the island of Trinidad. Heritage Petroleum Company Limited holds the remaining 20 percent working interest. Drilling samples and open hole wireline logs indicated that the well encountered a significant Herrera turbidite package with a total observed thickness of more than 1,000 feet. The overall Herrera section drilled in Royston-1 contained approximately 609 feet of clean sand, of which 393 gross feet in two unique thrust sheets appeared to be hydrocarbon pay based on mud gas logging and open hole logs.

Touchstone said the first and deepest Royston-1 completion and exploration test was designed to evaluate an interval at the bottom of the well in the intermediate sheet of the Herrera Formation. The completion spanned a 92-foot gross interval (30 feet of net pay) below 10,434 feet that was identified on wireline logs as being hydrocarbon bearing. Following completion and a brief clean-up period to recover load fluid, the well was shut in and built to a pressure of 3,150 psi at surface (estimated 7,100 psi reservoir pressure). The interval was then flowed up 3.5-inch tubing on a variety of choke sizes between 16/64 inches and 40/64 inches at rates up to 360 bbls/d of 34.5-degree API crude oil before being shut-in. Testing of this interval has been completed, and we are moving uphole to the well’s primary production test intervals.

“We are excited to discover a promising new light oil pool in the deepest test section of the Royston well, adding further potential to the future development opportunity in the Royston area, as light oil can be easily and economically developed alongside any gas development,” said Paul Baay, Touchstone’s President and Chief Executive Officer.

He said the initial test confirms the large hydrocarbon column in the well, and the company interprets the following two primary testing targets to be liquids rich natural gas. Baay said these results exceed pre-test expectations, as a flowing light oil opportunity with significant development potential from the bottom 100 feet of the wellbore is a major addition to the Royston area opportunity. “We have the potential to further evaluate the intermediate Herrera in future drilling programs by penetrating the intermediate sheet when we drill and assess the underlying Cretaceous prospect. These results further amplify our onshore opportunities in Trinidad.”

Based on wireline logging and drilling data, Baay said the company is configuring the next two uphole primary production test intervals to evaluate liquids rich natural gas prospects, with flowback and full buildup analysis planned for each zone.

“We are currently preparing to perforate the second test interval in the overthrust sheet of the Herrera Formation, with a 270-foot gross interval (145 feet of net pay) targeting the Gr7bc sands,” he said. “The third test is designed to evaluate an 84-foot interval (62 feet of net pay) at the top of the Gr7a Herrera sands. The second test is expected to be completed within the next three weeks, and we anticipate the third and final test to be completed by the end of December 2021.”

“Although we only tested 30 feet of net pay in the lower section, we believe the results strongly suggest that all the sands encountered in the intermediate sheet (270 gross feet with 71 net feet of pay) are hydrocarbon charged,” Shipka said. This initial completion test was designed to evaluate potential natural gas volumes, and as such, the downhole assembly was not optimized for an oil discovery and test.

He said at this depth, the larger tubing made it difficult to obtain a consistent crude oil flow rate but provided enough data to confirm the discovery of light oil in the well.

“Given Royston-1 is an exploration well with the primary prospects remaining uphole, we are excited to move to the next test intervals,” he stated. “The subsequent two production tests are in our primary zones of interest in the well as they exhibit higher resistivities on the wireline logs and cleaner indications of sand.”

Shipka said the discovery of light oil at depths below 10,400 feet represents a huge success for Touchstone in this well and bodes well for the company’s upcoming primary production tests.